Toledo councilwoman, mothers of slain sons initiate 48 hours of no gun violence in the Glass City

This comes after the councilwoman witnessed the aftermath of the recent shooting outside Parqwood Apartments, where 3 people were killed. 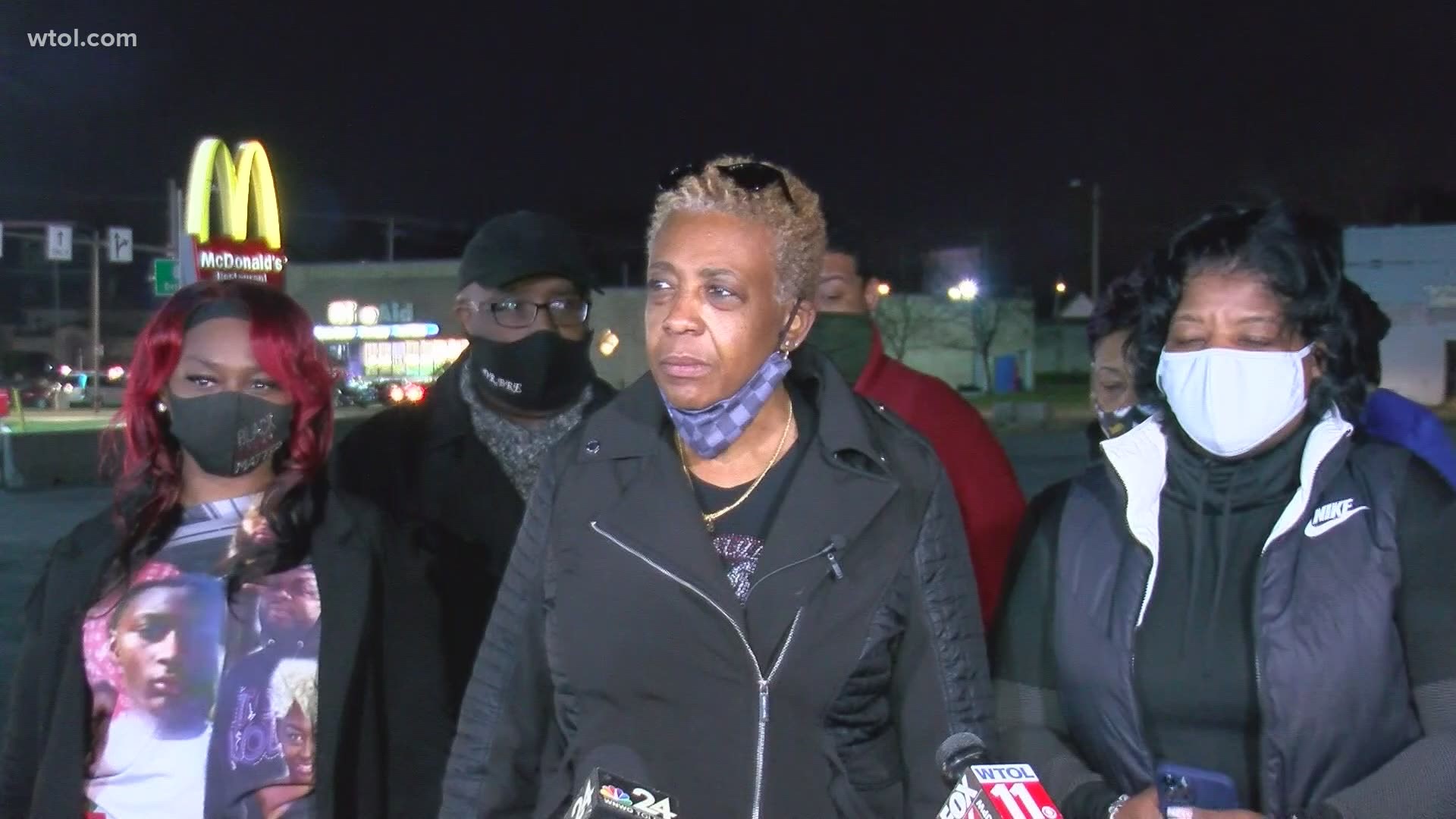 TOLEDO, Ohio — With deadly crime nearing an all time high in the Glass City, a Toledo councilwoman is taking the initiative to end homicides.

Councilwoman Cerssandra McPhereson is calling it "48 Hours of No Gun Violence" and she has big expectations from a bloody year.

Marcy Turner, a Toledo mother who has lost two sons to gun violence, is behind the initiative.

"I'm tired of waking up, looking on my phone and the first thing you see is somebody saying 'rest in peace', 'cause another young life has been taken," said Turner.

The city has seen 54 homicides this year - including one less than 24 hours before this initiative began - and with a few weeks yet to go, topping almost every year before.

"As we push towards the record of 1980, which was 60 murders, we must tonight join in and stand in the gap with city councilwoman to say 'let's put an end to this'," said Brehon Hall, the senior pastor at Greater New Psalmist Baptist Church.

The new councilwoman at-large is calling on everyone to stop the gun violence for at least 48 hours after holding a press conference on Friday.

This comes after she witnessed the aftermath of the recent shooting at Parqwood Apartments, where 3 people lost their lives.

"I can't even explain to you. I got back in my car and - and I cried, because it's like, what is going on?" said McPhereson.

Two mothers who have both lost their sons to gun violence stood in solidarity in this cry for peace on Friday night.

They're asking other mothers to join their fight in an effort to save lives.

"We just gotta keep talking to our kids. We got to love them. We just gotta educate them on the aftermath of it. You know, I think they don't think that far ahead in a situation," said Danyelle Gott, who lost her son in 2018.

"It is imperative that we go the extra mile. We can't expect for police to do our job for us. Not to say that we don't need them, but we just as moms, we need to do the extra mile," added Turner.

It's 48 hours of transformation from now until Sunday night.

"To my young people that are listening, we love you. We care for you. And you can make a difference in the city of Toledo," said McPhereson.

The 48 hours of no gun violence will end Sunday at 6p.m.

McPhereson says this is just the beginning of what she plans to make a bigger initiative.