The family extends their sorrow to Ofc. Brandon Stalker's family. Stalker was also killed in the shooting. 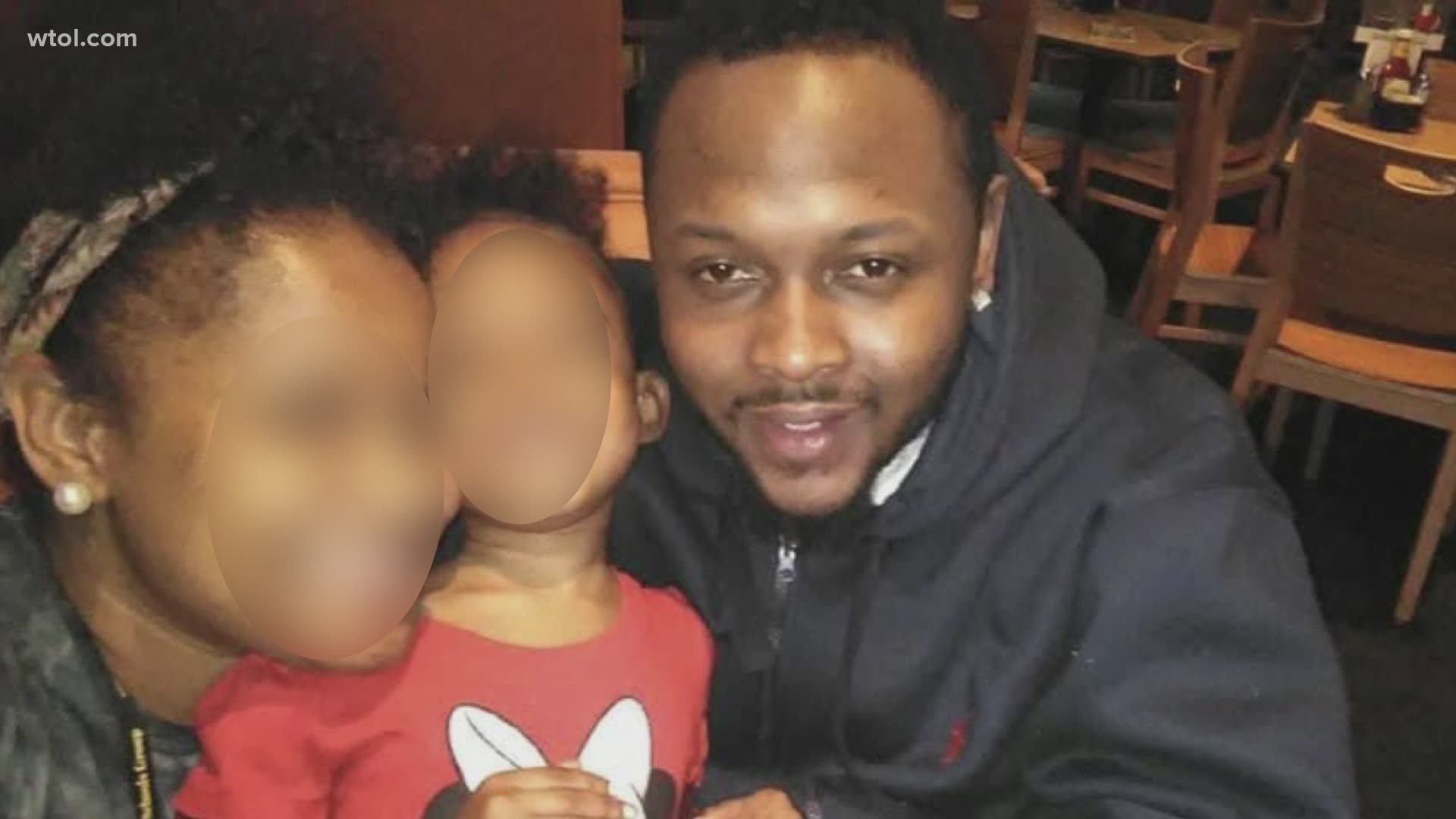 TOLEDO, Ohio — Christopher Harris' family is opening up about their loved one and his mental health struggles.

Harris, 27, had warrants out for his arrest in relation to the vandalism of Rosary Cathedral on Jan. 19, when the words "JESUS IS BLACK" were spray painted on the church and the doors were set on fire. A standoff and shootout ensued later, and Toledo police officer Brandon Stalker, 24, and Harris both were killed.

The incident occurred outside of a residence on the 2200 block of Fulton Street.

Crystal Harris, Harris' mother, says her son grew up in the church and was an active member.

Harris had a girlfriend and was a father figure to her child. Family described that he would give the shirt off his back.

Crystal says her son knew something was wrong with his mental health, but it was difficult for him to accept, and when she tried to get him help, he would always refuse.

Alfred Dailey, Chris' younger brother, said the man who acted during the shooting wasn't the loving brother he knew.

"That was a clear sign how bad mental illness is in the Black community and in the inner city, especially," Dailey said. "We as a people need to do something and look out for each other and see signs as much as we can."

The Harris family is now praying for healing and forgiveness and extends their sorrow to Ofc. Brandon Stalker's family.

"We understand everything they're going through also," Dailey said. "Both were young men and both had their whole lives ahead of them. We pray for both the families and the city of Toledo and Ohio for the tragic day that happened last night."

If you are struggling and need someone to talk to, there are many resources to help pair you with someone trained to listen and offer guidance.

If you want to talk to someone and are not in immediate danger, Text '4Hope' to 741-741 to be connected to the Ohio Mental Health and Addiction Services Crisis Text Line. There is no charge and the information will not show up on your phone bill.

Anyone experiencing a crisis can contact the National Suicide Prevention Lifeline at 800-273-8255. The Lifeline provides 24/7, free and confidential support for people in distress, prevention and crisis resources for you or your loved ones, and best practices for professionals.

ABOUT THE STANDOFF AND SHOOTING

When police approached the Fulton Street residence, Harris went around the corner, brandished a firearm and then fled inside his house.

Chief George Kral said officers set up a perimeter before calling in negotiators and the city's SWAT team, which he said is the normal course of action whenever there is a barricaded suspect. Stalker was stationed on the perimeter to keep residents away from the scene.

Officers reportedly tried to negotiate for two hours with Harris. However, these attempts were unsuccessful. The SWAT team fired tear gas into the house in an attempt to get Harris to exit the home and surrender. Stalker was not a member of the SWAT team but was doing perimeter security work during the standoff.

Multiple officers fired their weapons at Harris, TPD confirmed. The officers will be placed on paid administrative leave according to collective bargaining agreements.

Toledo police are scheduled to hold another news conference on Wednesday at 2 p.m.