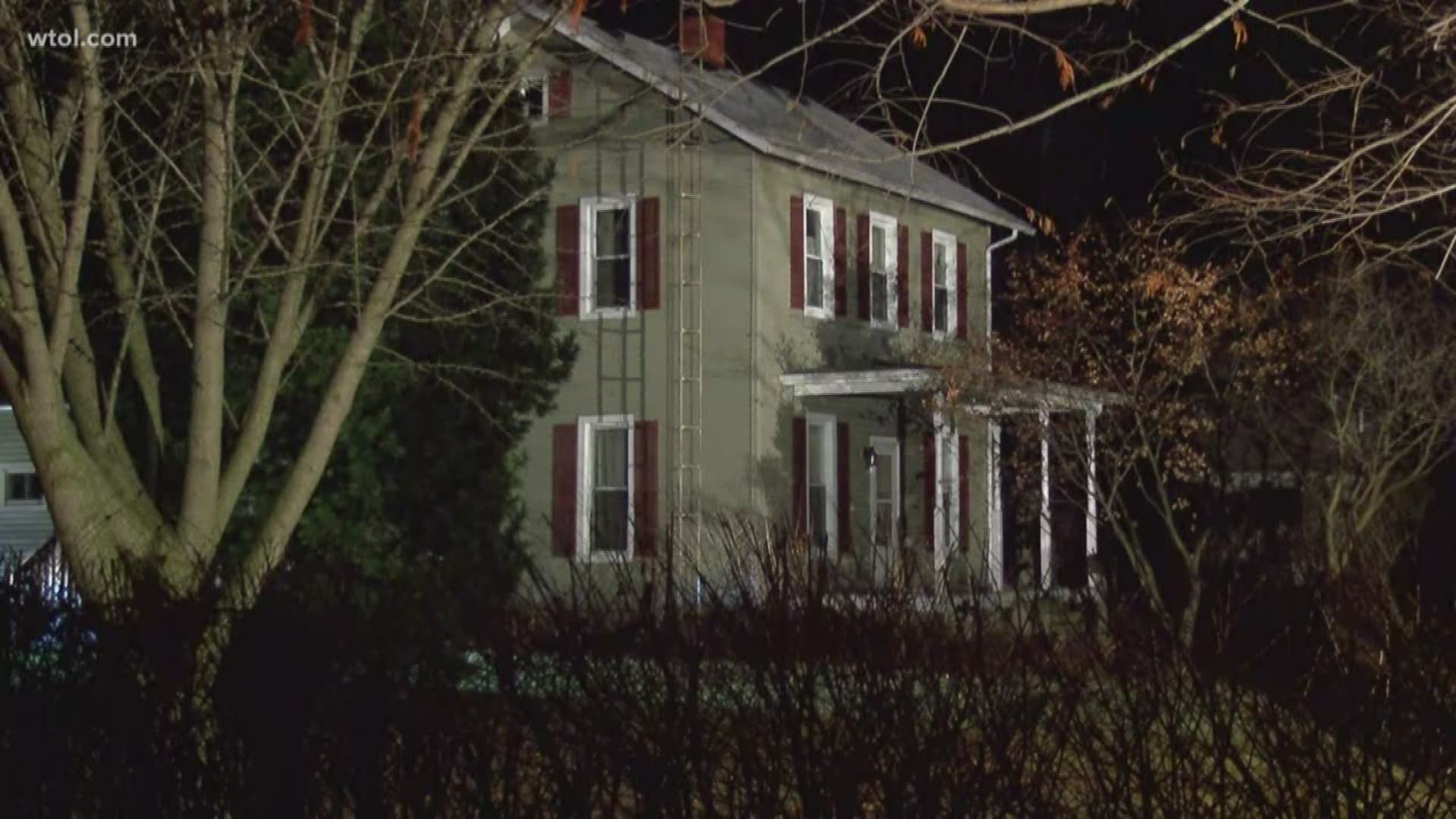 PORT CLINTON, Ohio — At a press conference Tuesday, what the community of Port Clinton has feared for weeks was put into heartbreaking words. Harley Dilly, a 14-year-old boy missing since Dec. 20, is dead.

"We believe Harley Dilly was recovered last evening at 507 Fulton Street. The house was secured and double locked throughout the course of the investigation so nothing led police to believe there was any reason to go into the house," Chief Robert Hickman said.

Harley was caught in a chimney, Hickman said. This appears to be an accident and no foul play is suspected, he said.

It appears Harley climbed an antenna tower and into the chimney, the chief said. The chimney was blocked between the second and first floor, which trapped Harley, Hickman said.

"We cleared the house to make sure no one was in there," Hickman said. "Once we got to the second floor, we noticed the coat and the glasses." The coat and glasses were located outside the chimney.

Final autopsy findings are awaiting toxicology, according to Dr. Dan Cadigan of the Ottawa County Coroner's Office. He indicated that the "manner of death appears to be accidental at this time but is awaiting completion of law enforcement investigation."

This is a pending investigation, and the Lucas County Coroner's Office is conducting an autopsy.

"This is a tragic loss to the community," Hickman said. He stressed that the investigation was thorough.

"I now ask for the same compassion and support as the family begins to grieve,"  Hickman said.

After the press conference, Ohio Attorney General Dave Yost later issued a statement saying, "We are heartbroken over the outcome but know every effort was made to find Harley. Chief Hickman shouldered the weight of this investigation which has resulted in a tragic loss for the community of Port Clinton. No case is tougher than when a kid goes missing.”

"We are deeply saddened by the news regarding Harley Dilly. Our thoughts and prayers go out to the Dilly family. Additional counselors are on site at Port Clinton  High School today for both students and staff," the statement read.

"At this time we are focusing our attention on our students and staff and will not be conducting any interviews. We ask that you please respect our request while our school community copes with this tragedy. Thank you."

There was no forced entry into the house, which Hickman described as a summer home that was being renovated. It was deadbolted and locked, and it took two keys to gain access to the house. There was no reason to suspect anyone had entered the house, Hickman said.

"It's not the outcome we wanted," he said."But the family has closure."

When asked what the family's reaction was, the chief simply said,"I'm going to try to answer that. What would your state of mind be?"

The teen from Port Clinton had been missing for 26 days. On Monday night, Ohio BCI and the Port Clinton police department searched the abandoned house across the street from the Dilly residence for hours.

At about 8 a.m. Tuesday, the Ohio attorney general's office ended the search for Harley, with the words that the 14-year-old was "recovered."

This case has rocked Port Clinton for weeks, with many community members conducting their own searches and local businesses continuously donating to the reward fund.

After an overnight search of the empty summer home near the Harley Dilly residence, the police chief and fire officials left the scene just after 3 a.m. Tuesday, and one officer remained outside the the house into the early morning hours.

At just after 2 a.m. Tuesday, a white van was seen backing up to a side door at the vacant house, where just an hour earlier investigators cut a wall open from the inside on the second floor. The back door to the van was opened and police cars and an ambulance pulled up, blocking the view of the van. A few minutes after that, the white van pulled away from the house and a BCI unit also left.

RELATED: VERIFY | Answering your questions regarding Harley Dilly, police search near his home

Multiple streets around the house were blocked off during the search.

A coat hanging inside the unoccupied home police were searching looked similar to the one Harley Dilly was last seen wearing, although officials hadn't said anything about it.

Harley's mom, Heather Dilly, spoke for the first time on her son's disappearance on Jan. 4.

"The scrutiny that comes with it - nobody tells you how you are going to be bashed and your family," she said. "The biggest focus is Harley; that's the biggest thing. You know, everybody can think whatever they want and that's fine. But he is out there somewhere. You know, it's two weeks and I have to get up every day and look at that room and he is not there.

RELATED: Port Clinton community gets together to hold a candlelight vigil for missing Harley Dilly