The vigil in honor of the missing teen took place on Sunday evening at Lakeview Park in Port Clinton. 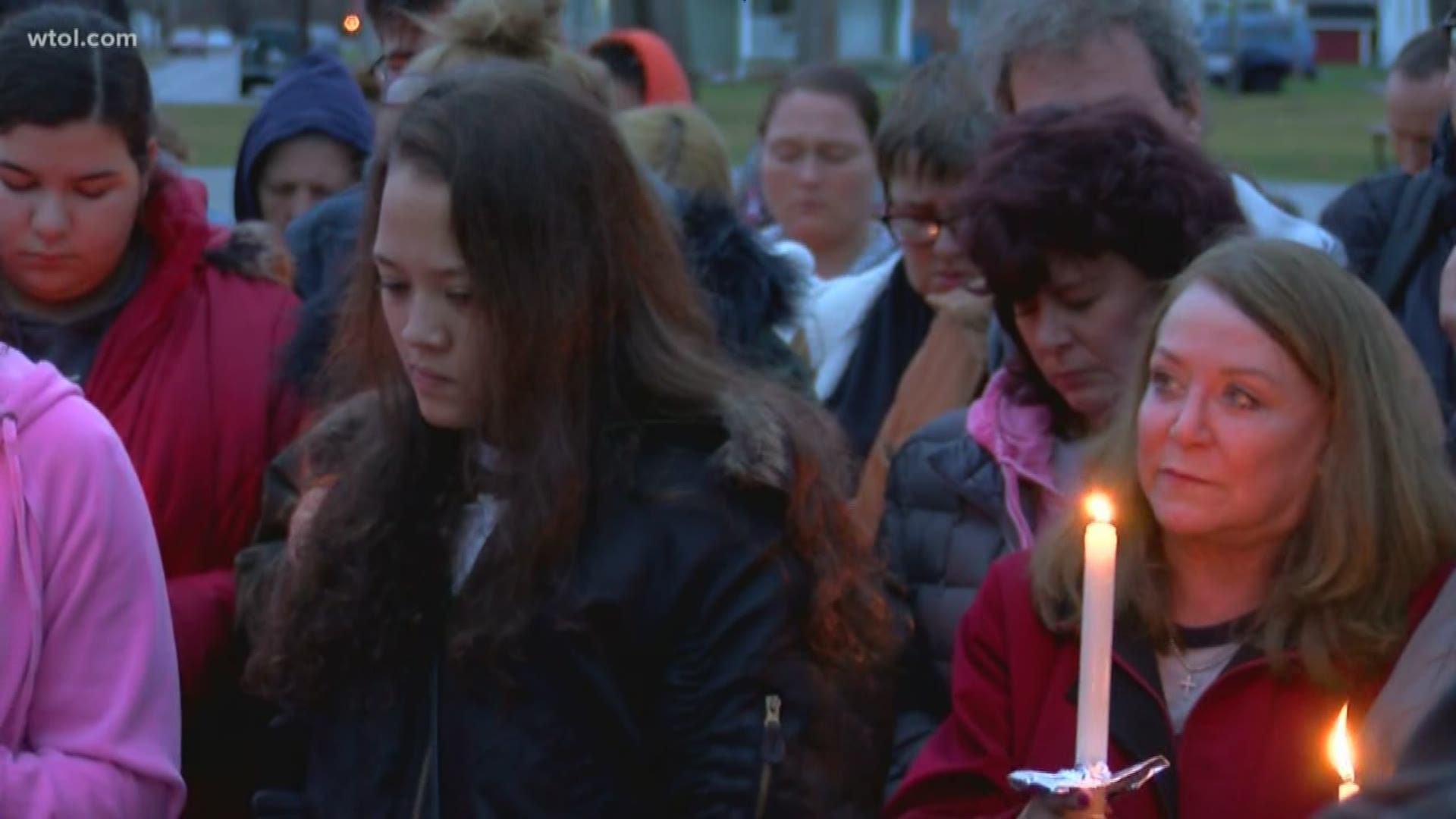 PORT CLINTON, Ohio — Residents in Port Clinton on the lookout for missing 14-year-old Harley Dilly, who has been unaccounted for over a week, organized a candlelight vigil in his honor through a Facebook group.

The vigil took place on Sunday evening at 5 p.m. at Lakeview Park in Port Clinton. Among those in attendance was Harley's grandfather Robert Styndo, who thanked the community for its support.

"Thank you so very much for coming out and supporting us at this time," he said, "because I don't know what we'd do without all of you."

Styndo also hoped to reach Harley with a direct message.

"If you're out there and you're hearing this or seeing this, we all want you home," he said. "We miss you son, come home please."

Speakers offered prayers and encouragement that the whole city is hoping for his safe return. But one pastor also took the time to unite everyone and shut down gossip and ill comments that have been circulating online about Harley.

"Let's not let Facebook be the driving force of how we think," a local pastor said. "This isn't the internet. This is Port Clinton, Ohio, So let's use this energy and watch the result. I believe Harley's coming home."

Another pastor from Sandusky traveled to let the community of Port Clinton know that it is not alone.

"It's not just in your community," she said. "Harley has touched the hearts of many of us from all over, our whole city has been praying for Harley."

According to Port Clinton police, Harley Dilly was last seen by his mother on Dec. 20 just before 7 a.m. as he left for school.

So far, police have said there is no evidence of foul play.