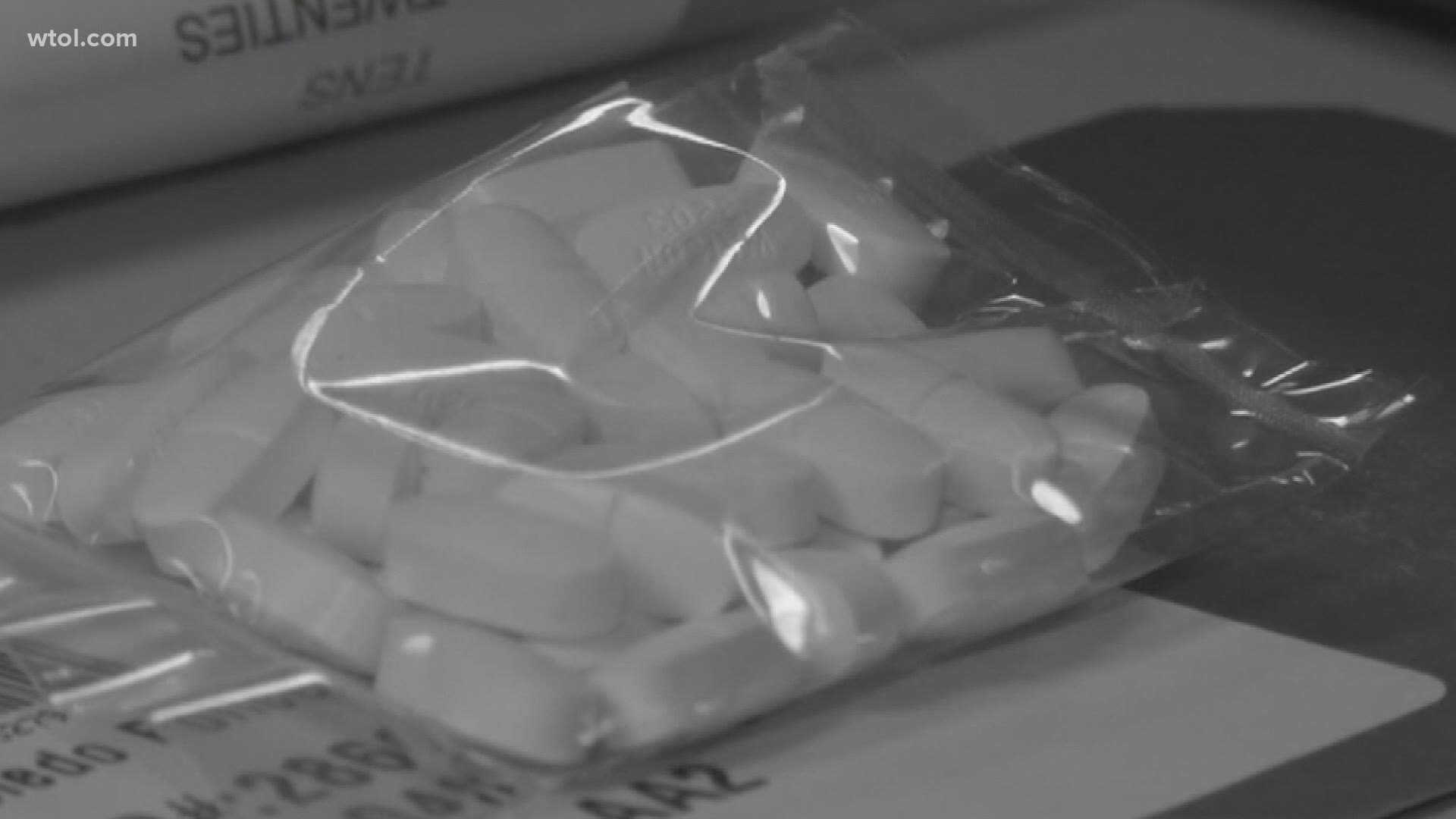 TOLEDO, Ohio — A bill making its way through the Ohio Legislature could lead more people suffering from substance abuse into treatment instead of behind bars.

Addiction recovery workers are praising Senate Bill 3, which passed last month. It reclassifies low-level drug possession charges from felonies to misdemeanors and pushes for treatment instead of incarceration.

"One of the ways that we can help people to not commit crimes again or not recidivate is to provide them with treatment," she said.

Richardson added that addiction is a disease and studies show that those who don't receive treatment are more likely to end up back in jail.

Senate Bill 3 still allows a judge to sentence low-level offenders to jail for up to one year if needed. It also excludes fentanyl and sexual assault-enabling drugs from the reclassification.

"The severe offenders are still being tracked," Rogers said. "They're still being monitored and taken to courts and hopefully they're the ones that are going to be seeing the incarceration, not the low level minor drug offenders."

Supporters said the measure will also lower prison overcrowding, which coronavirus showed to be a public health issue. It will save the state more money with less people in jail and giving those in addiction the right treatment.

"Instead of routing them to a prison, we can route them to treatment," Richardson said. "Then they can get well, get their life back."

Rogers said the bill also allows misdemeanor, fourth-and-fifth degree felony drug possession charges to be sealed upon the successful completion of drug court or intervention in lieu of conviction programs.

"That's what the end game is: to make sure that we can get people out that truly are not criminals," Rogers said. "Back into society and back into their normal lives."

The House must pass the bill before it can head to Governor DeWine's desk.

RELATED: D.A.R.T. program is educating seniors on the dangers of the opioid crisis