'Those precious minutes before the paramedics get there could mean life or death,' Toledo Police Chief George Kral said. 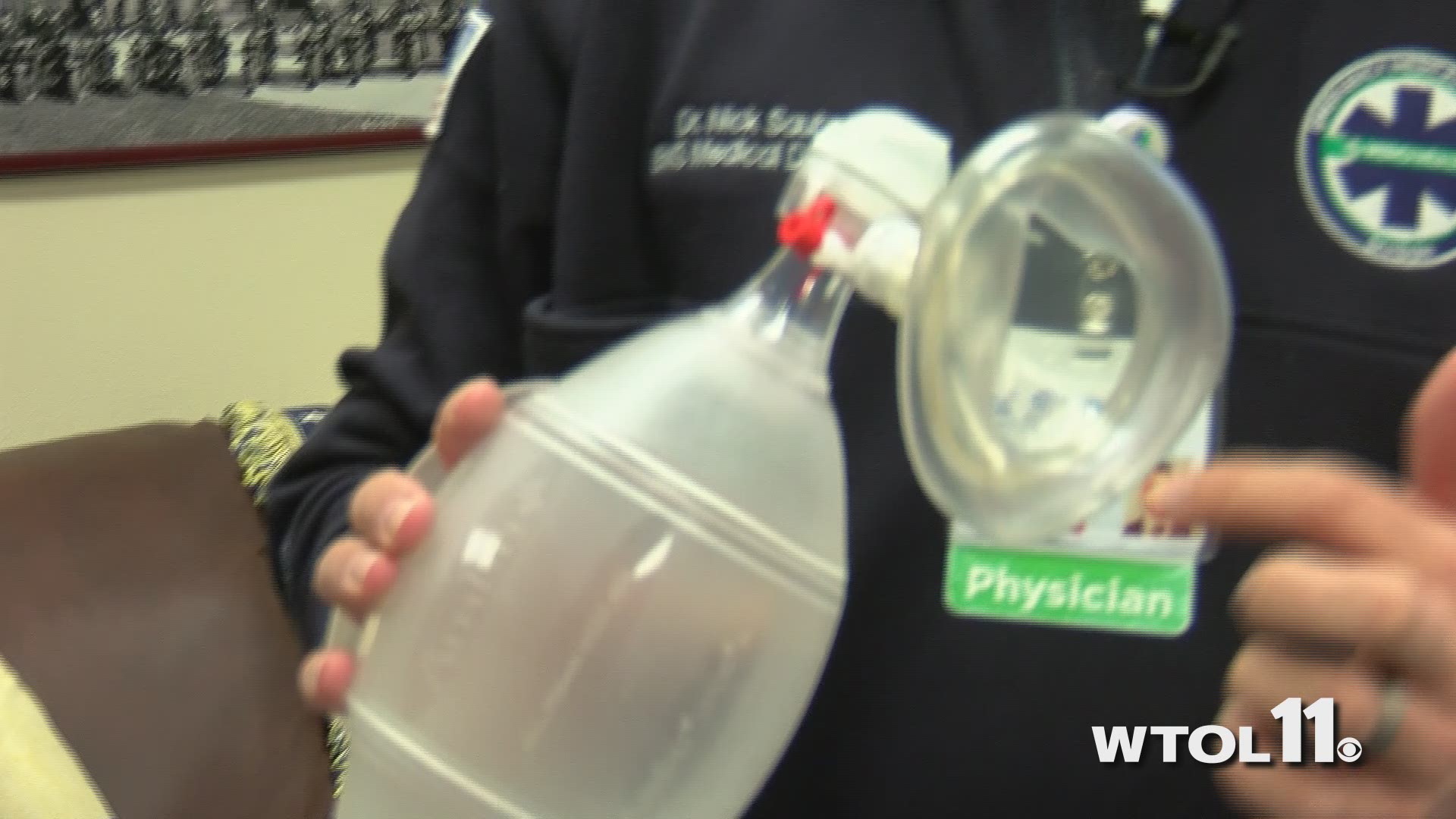 All TPD officers will learn the training, which involves a $9 tool that works with Narcan to save both lives and money. Toledo Police Chief George Kral stressed that an officer's responsibilities have changed over the past 20 years.

"I want you and your viewers to put themselves in an officer's shoes," Kral said. "They're sitting there in an alley at three in the morning and we give a shot of Narcan and nothing happens. The natural progression is, 'Well, I'm going to give more."

But more Narcan doesn't always help. The current protocol involves administering Narcan every three to five minutes until a victim recovers. The important part, however, is getting victims breathing again and Narcan can take some time to kick in. That's where this $9 breathing tool comes in.

"It fits right over the mouth and nose," said Mercy Health EMS director Dr. Nick Sauber. "The fingers go under the jaw and pull the jaw up into the mask and this makes a nice, airtight seal. So when you squeeze this, it forces air straight into the lungs."

Sauber said that brain cells start to die after four minutes without oxygen, so keeping oxygen headed to the patient's brain is essential. This simple step can allow officers to get air moving until the Narcan works or until medics arrive.

Kral said at one point during the opioid crisis, the department was spending $10,000 a month on Narcan. He stressed there's no price on saving lives. But as the crisis has changed, the department's response has to as well.

"We're not paramedics. We're certainly not doctors," he said. "But we have a responsibility to do whatever we can to help bring these patients and these overdose victims back."

Sauber believes this gives officers another tool on the ground and the best chance at bringing a victim back.

Toledo is the only place in Ohio using this new method. Sauber thinks this could have a huge impact.

"If we're not changing, if we're not improving, we're going to get the same results we always had," he said. "So this is something that we hope is going to spread region-wide, hopefully statewide, maybe even national,  as far as a novel approach to this."

Sauber said this is not only useful for overdoses, but other situations where someone isn't breathing like cardiac arrest.

RELATED: D.A.R.T. program is educating seniors on the dangers of the opioid crisis