D.A.R.T. program is educating seniors on the dangers of the opioid crisis 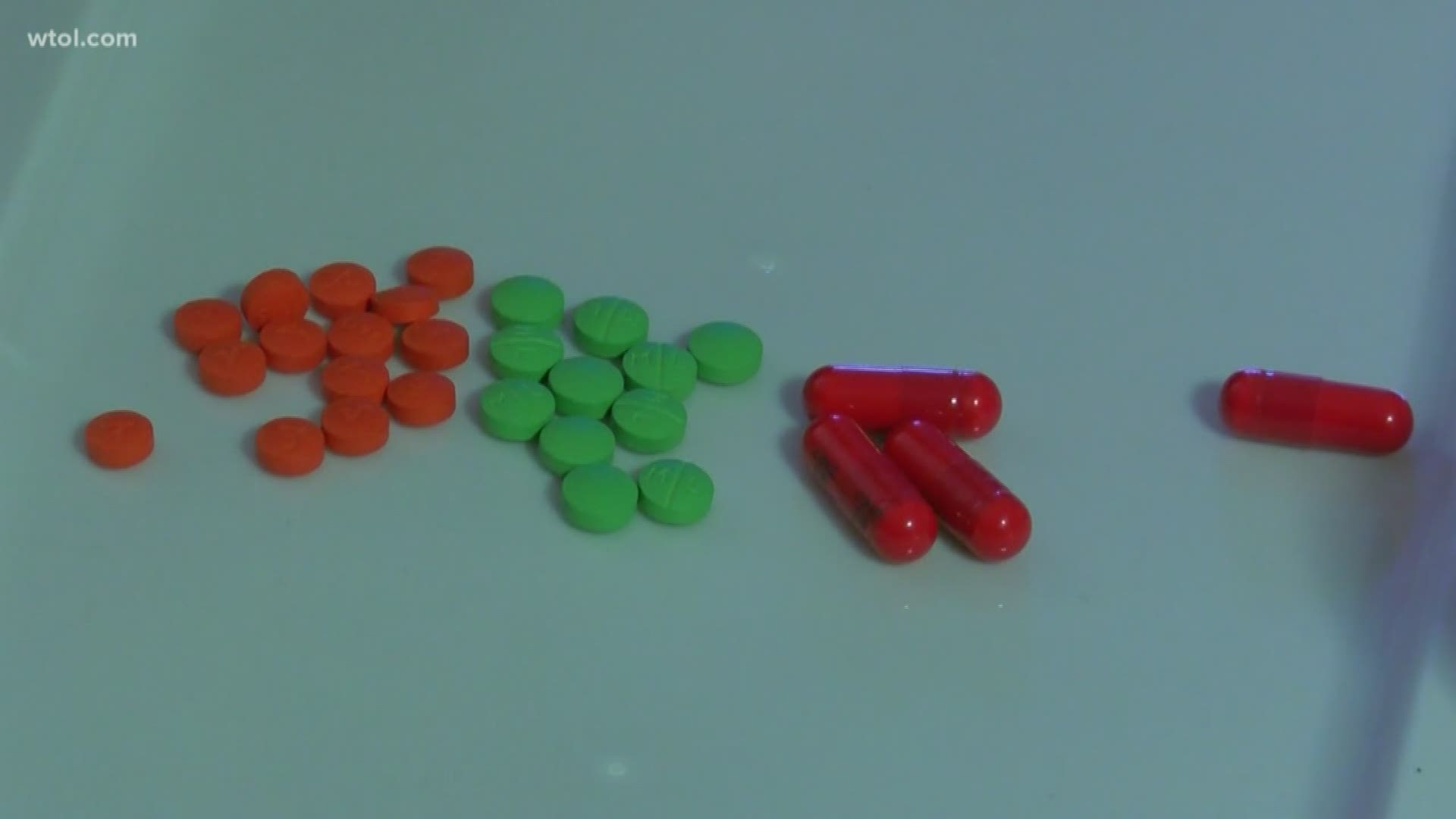 There's a new face to the opioid epidemic happening here in northwest Ohio.

It could be that of your grandmother or older family member.

However a partnership between the Lucas County Sheriff's Office D.A.R.T. program and the Area Office on Aging is tackling the issue.

D.A.R.T. officer Jeff Medere is hosting meetings in the area which will educate seniors on the dangers of opioids.

"It's pretty standard that they put you on pain meds. You know whether or not you feel you need them, they put you on them," said Peggy Rebideau, who attended the meeting.

She said she can recall a time or two she's been prescribed opioids after having surgery.

But for the most part it's standard procedure for seniors who are going through pain.

"The seniors are prescribed opioids more than any other group and they have them in their homes. And because the doctor gives them the opioids, they believe, a lot of them that I can't get addicted to these, doctor gave them to me. Cause the doctor wouldn't give you anything that's gonna hurt you but unfortunately that's not the truth," said Medere.

This is why the meetings were started.

"I especially was interested in the opioid crisis because I'm not familiar with the opioids per say. I know some names but I don't quite know how it interacts with us," said Nan Plenzler, who attended the meeting.

However, Ireatha Hollie, a pharmacist with the Area Office on Aging said knowledge is power when it comes to dealing with such a dangerous drug.

"The major thing is most older adults don't see themselves in the picture. This isn't a issue that doesn't pertain to them. Until they get the information and then they find out, huh I have had prescriptions for these meds. I didn't realize that they addictive potential was fast and so great," said Hollie.

"There's different issues where seniors, medication might contradict taking opioids. And the other problem we're having and we're experiencing is seniors a lot of times will share their medications," added Medere.

With these meetings, Medere wants to raise awareness, provide resources and have other seniors to spread the word.

"I especially liked we had a listing of the cause of death for people and I thought that was very very interesting to see how many had died cause drugs," said Rebideau.

"We don't tell seniors don't take opiods. But we tell the seniors make sure you have the conversation with your doctor. So the doctor and you are on the same page," added Medere.

Your church or organization can actually host one of these meetings by calling the D.A.R.T. office.

Or you can take a look at their schedule by going to the Area Office on Aging website under events.