The memorial at John F. Savage Arena honored the young husband and father of two. An emotional letter Dia wrote ahead of time in case of his death was read aloud. 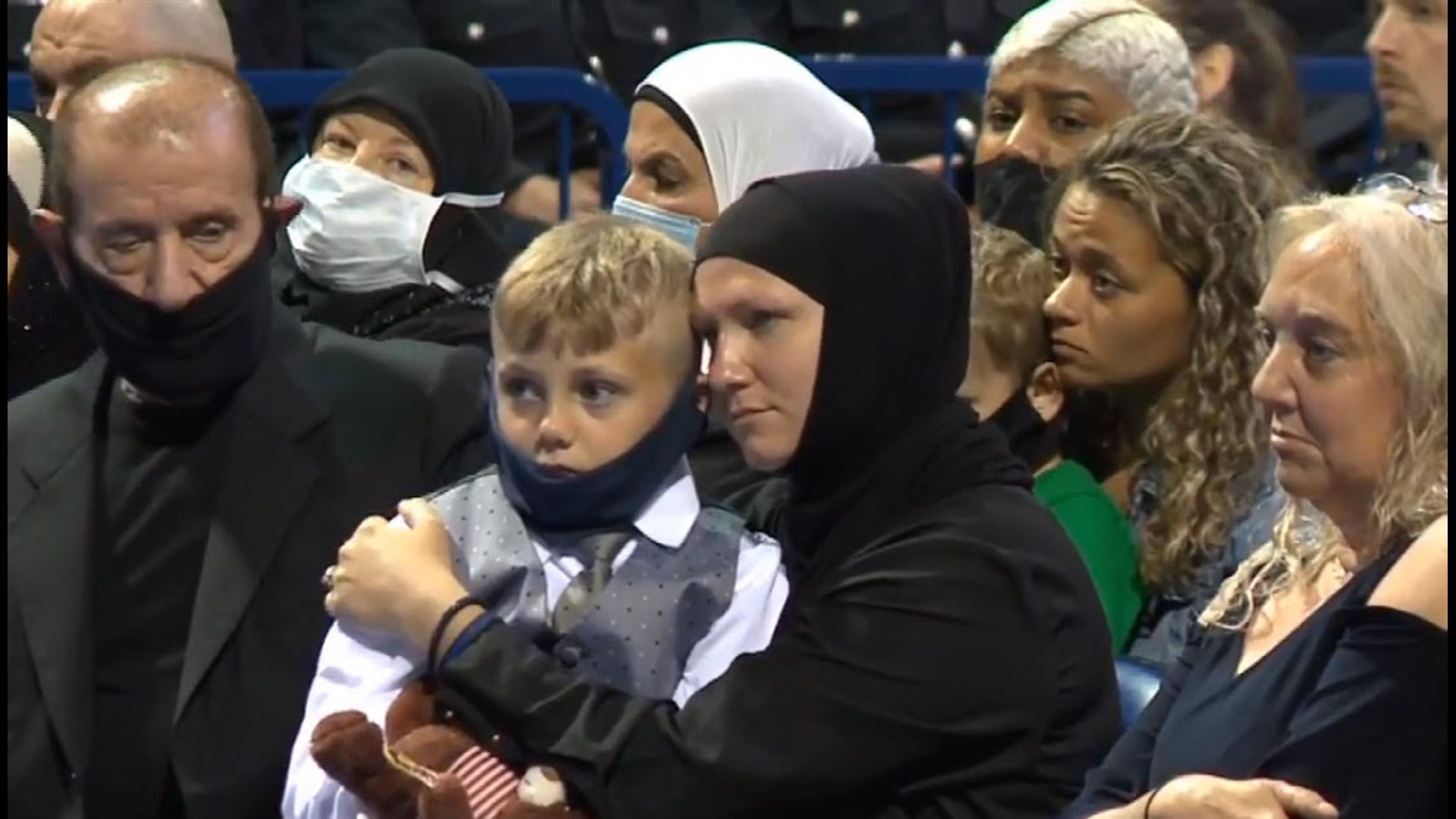 TOLEDO, Ohio — A memorial service for Officer Anthony Dia took place at John F. Savage Arena at the University of Toledo on Tuesday at 10 a.m., remembering the young husband and father of two who was shot and killed in the line of duty on July 4.

On Sunday night, Toledo Police announced on social media that the Dia family has decided that the service will be limited to the Dia family, their faith-based community, police officers and fire personnel.

TPD also shared that the Dia family continues to express gratitude to everyone who has offered condolences.

The burial took place privately at Toledo Memorial Park in Sylvania. Dia was a member of the Imam Ali Mosque in Lambertville.

1 / 14
WTOL
The memorial service for Toledo Police Officer Anthony Dia who was killed in action on July 4. Rest in peace.

According to the mosque, the timeline and location of events is as follows:

Toledo Police Officer Anthony Dia, 26, was responding to a call in the parking lot of Home Depot on Alexis Road early Saturday morning and was shot in the chest and killed by an intoxicated man holding a beer, police said. Dia was later pronounced dead at a hospital, Police Chief George Kral said at a news conference July 4.

PHOTOS | Toledo community comes together to mourn Officer Anthony Dia, who was killed in the line of duty

1 / 39
WTOL
A stuffed teddy bear is part of the large memorial to fallen Toledo Police Officer Anthony Dia at the Home Depot parking lot on West Alexis Road in Toledo. Dia leaves behind a wife and two young children.

Witnesses told police the man shot the officer with a handgun and then went into a wooded area. At some point, officers heard a single gunshot coming from the woods, Kral said. The gunman, a 57-year-old white male, was found dead of an apparent gunshot wound to the head around 3:15 a.m.

Dia was the 31st officer in Toledo to be killed in the line of duty.

Dia joined the Toledo Police Department in 2018. He is survived by his father, Tony Dia, his mother, Gina Long, his wife Leigh Jayme and his two small children.

RELATED: Fallen Toledo officer remembered for his dedication to serving his community