About 500 motorcyclists rode from S. Superior St. to the Safety Building where Sheriff John Tharp and Chief George Kral spoke to a large crowd. 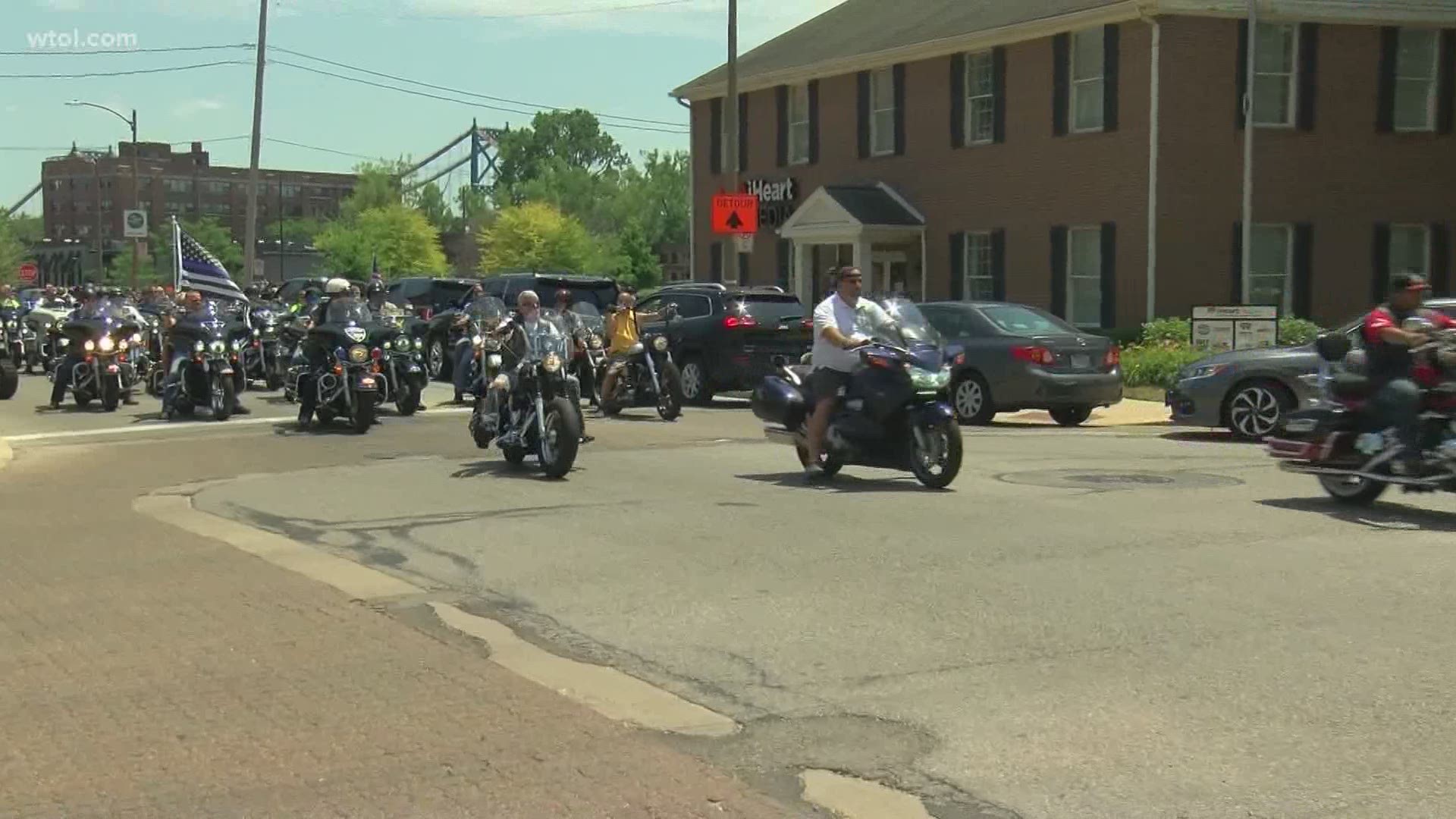 TOLEDO, Ohio — The community displayed a powerful show of support for the family of fallen Toledo police officer Anthony Dia on Sunday afternoon as hundreds of people gathered in downtown Toledo.

The Toledo Buffalo Soldiers partnered with numerous motorcycle clubs from Michigan and Ohio for the event to honor Dia, show support for his family and stand in solidarity with law enforcement.

Officer Dia, 26, was responding to a call in the parking lot of Home Depot on Alexis Road early Saturday morning when he was shot in the chest and killed by an intoxicated man holding a beer, police said. Dia was later pronounced dead at a hospital, Police Chief George Kral said at a news conference on July 4.

Over 500 motorcyclists rode from WSPD radio’s parking lot to the Safety Building around 2 p.m. in a magnificent procession. 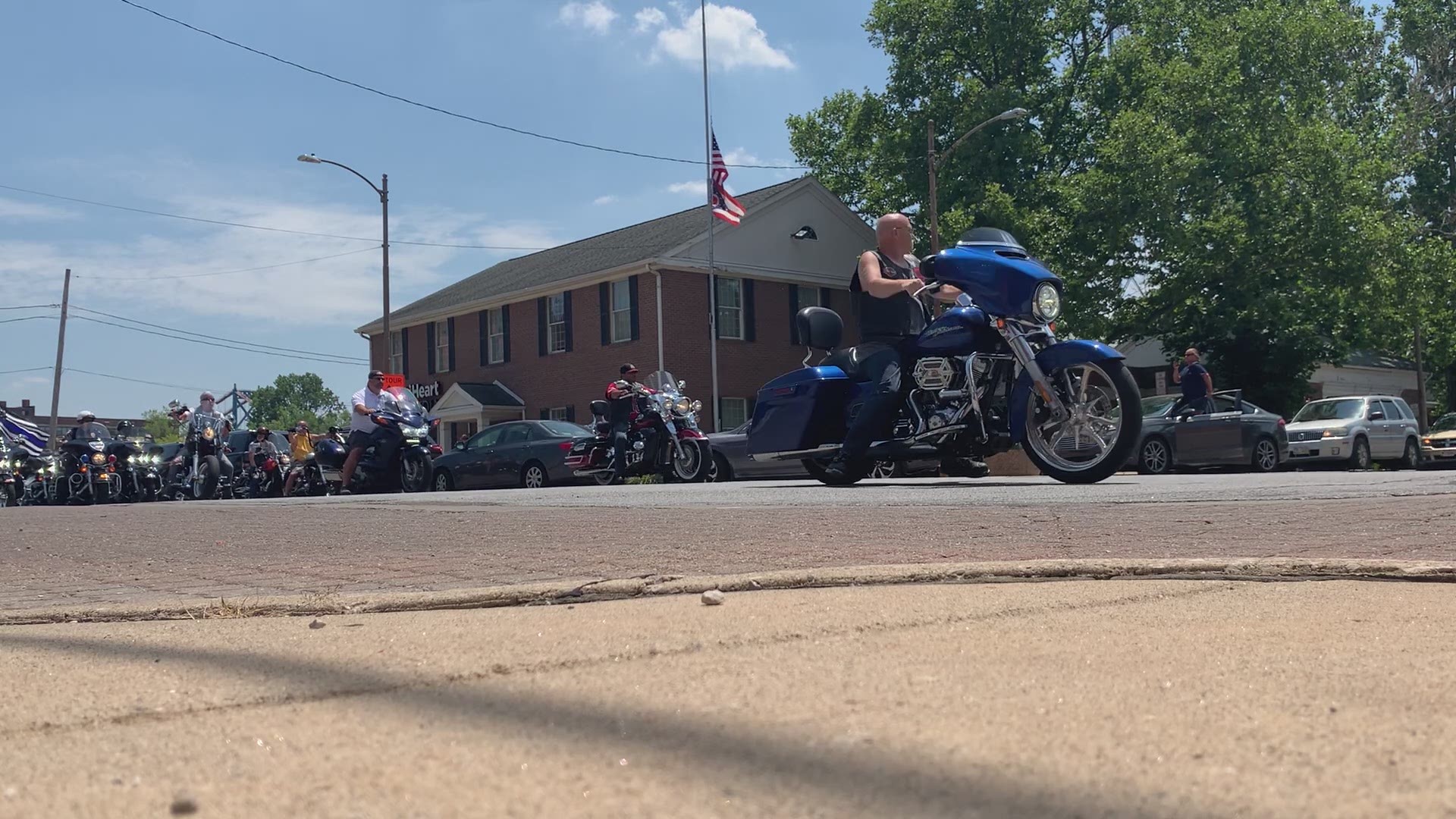 Credit: WTOL
Hundreds of motorcyclists and other members of the community came out to show support to the family of Officer Anthony Dia on Sunday afternoon.

“We have to show, especially today, that we can get along” said LeFebve. “Law enforcement isn’t here to oppress you and if you’re not there to break the law, that together everyone can get home safely at the end of the day. It’s a matter of solidarity between the people that they protect and the protected.”

Anthony Dia’s wife and two children were in attendance and people were giving them hugs and showing their support.

“All this coming together, you with us, you that are not in law enforcement, but we feel that you are one of us,” said Sheriff Tharp to the motorcyclists before they headed to the Safety Building. “When it comes down to Officer Dia, not enough can be said. But I will just say these three words when it comes to Officer Dia and law enforcement is: integrity, integrity, integrity. This is what he brought and this is what all of us in law enforcement should bring. We thank you so very, very much for standing up with us. This means a lot to our hearts.”

A public memorial will be held for Officer Dia on Tuesday morning at 8:30 a.m. at the University of Toledo's John F. Savage Arena.