Fallen Toledo officer remembered for his dedication to serving his community

Matthew Kleinert met Officer Anthony Dia helping a senior citizen whose car broke down. He said he instantly saw he had a good heart.

TOLEDO, Ohio — The community is mourning the loss of a police officer, a husband and father and a caring member of the community.

Flowers are being placed on the steps of Toledo Police headquarters in memory of Officer Anthony Dia.

Matthew Kleinert crossed paths with Officer Dia for the first time last month when Dia was helping a senior citizen. He says the city lost a good cop but an even better human being under the uniform.

"He was just a great, caring person," said Kleinert.

Kleinert met Dia on June 10 at the McDonald's on West Alexis in Toledo. After that meeting, he knew Dia was a good person. So he was shocked when he heard the news of his death.

"It was pretty heartbreaking knowing he has two little ones at home and a wife," Kleinert said. "He seemed like a really good family guy. "

Waiting in the drive-thru, Kleinhert and his family noticed a senior woman who's car was broken down in the line. Kleinert got out to help her. Officer Dia was nearby, still on duty, but stepped in to help move her car.

"He helped me out figure out a game plan to get her home," he said, "and ended up taking her home."

Kleinert said it was so selfless to see Dia spend his own time on the clock, talking and listening to this woman. But then he went further and had his own mother go to the woman's house after to see she was ok.

"I'm sure he gets stuff like that all day and you know, can just go on with his life," Kleinhert said, "but he went out of his way, and more, by having a family member go and check on her after the fact."

With the current tension between police and communities, Kleinert wants people to know there are good police officers that serve the community.

"I've gotten pretty close with his family and knowing him better," said Kleinert, "and just want people to know that just because he had police or officer in his name doesn't mean he wasn't a great father, nor an excellent husband."

Kleinert set up a GoFundMe for the family which already has collected over $90,000 as of Saturday evening, with donations coming in from all over the country. 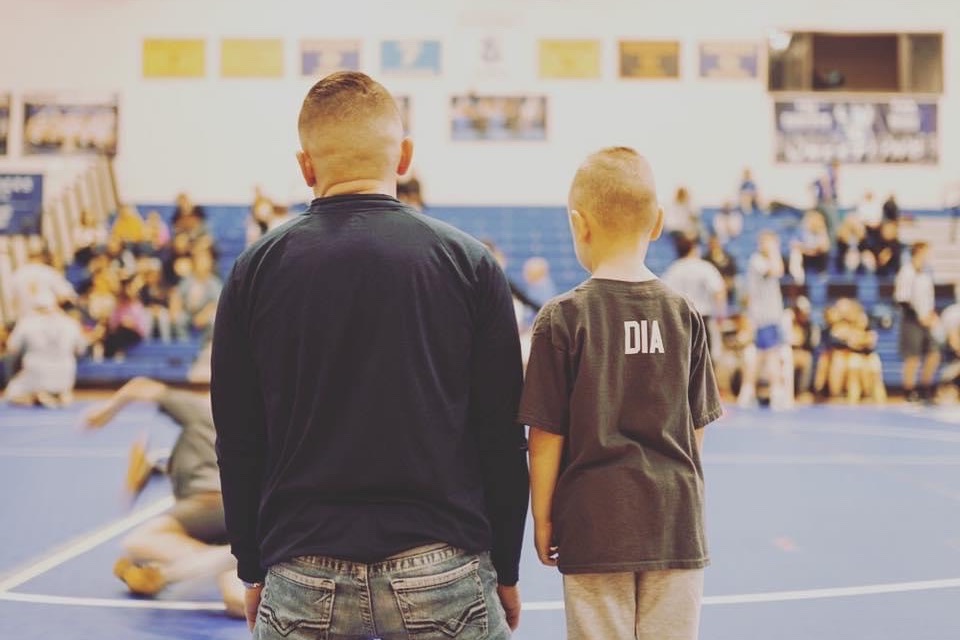 TPD Officer Dia's Support & Updates (Official) organized by Matthew Kleinert
More information will be updated through out the day. Share for helping the family of young Officer Dia. He leaves behind a big family, And big heart. Loving officer that treated his community as a citizen, Honorable person, Not just the word Officer. Keep your head up Toledo.