The former mayor outlines a plan to combat violence if elected once again as Toledo's mayor, including increasing money paid for gun buybacks and tips. 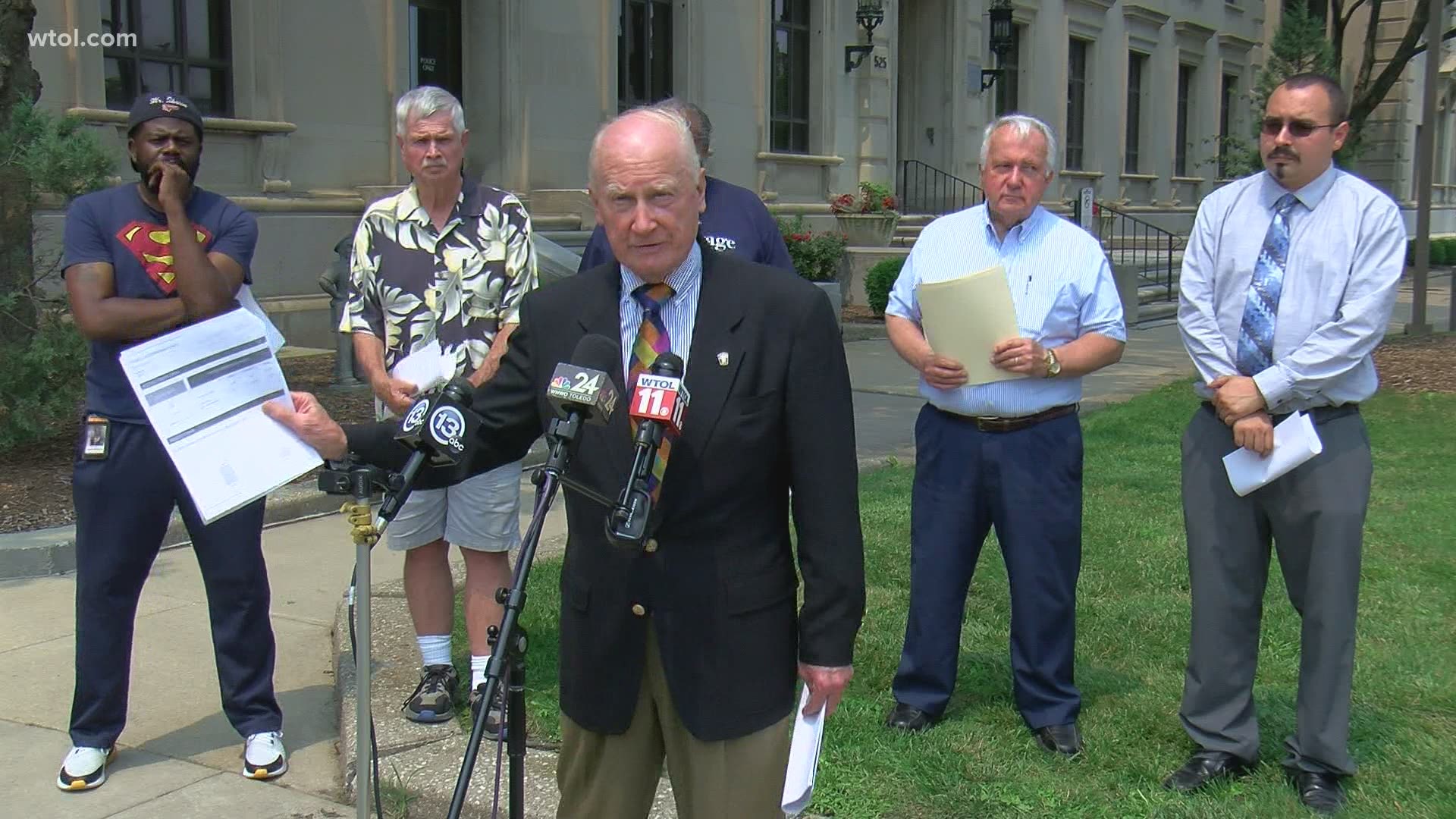 TOLEDO, Ohio — Former Mayor Carty Finkbeiner outlined his plans to fight violence in the city during a news conference outside the Safety Building on Monday, hours after a suspect was shot and killed by officers and following a violent weekend in the city.

Finkbeiner outlined 10 recommendations that he said should be implemented as soon as possible:

Though Finkbeiner stressed the importance of police presence on the streets and having "plenty of money" coming to the city on Monday, that wasn't the case in 2009 when Finkbeiner's Balanced Budget Plan called for the layoffs of 150 police officers. The Command Officers Association also filed a temporary restraining order against the city at the time, saying the layoff of 20 command officers violated their agreements with the city.

At the time, then-Mayor Finkbeiner released the following statement: "I do not wish to lay off any member of our Safety Forces or other City personnel that provide service to our citizens. Yet, I must take this action in order to balance a $20 million deficit that is growing by $500,000 each week. However, it is not too late to greatly reduce the announced number of layoffs. To City Council and the members of our Unions: The power is in our hands. I again appeal to you to join with us to reduce the number of layoffs through passing our entire Balanced Budget Plan. The Balanced Budget Plan will balance Toledo's budget with few layoffs."

WTOL 11 has reached out to mayoral candidate Jan Scotland and incumbent Mayor Wade Kapszukiewicz for any response to Finkbeiner's recommendations.

Kapszukiewicz's campaign sent a statement: "During his last term as Mayor, Carty laid off nearly 100 police officers and eliminated the gang task force. The fact is this: during tough budget times, Carty went right to police layoffs to solve his problem. He made the City worse because he wasn’t up to the task.

"Mayor Wade inherited budget challenges too, and also faced the recession brought about by COVID, and yet he’s been able to grow the police force and balance the City’s budget. Bad leaders make bad decisions. That’s why Toledo cannot afford one more day of Carty Finkbeiner - let alone 4 more years."

He believes it can be fixed and it starts with stopping the narrative that police are villains.

"With that going on, it is very difficult to get the police back to where they need to be. We used to have great relationships, we still can have them. We have community programs and things of that sort. We've got to get back to that and off of this villainizing of police, and that's important," Scotland said.