Suspect shot and killed by police after leading officers on chase from Michigan to Toledo; 2 troopers placed on leave

Officers shot at the man, who had a gun to his head, after multiple failed attempts to negotiate with him. 2 MSP troopers are on leave per department protocols. 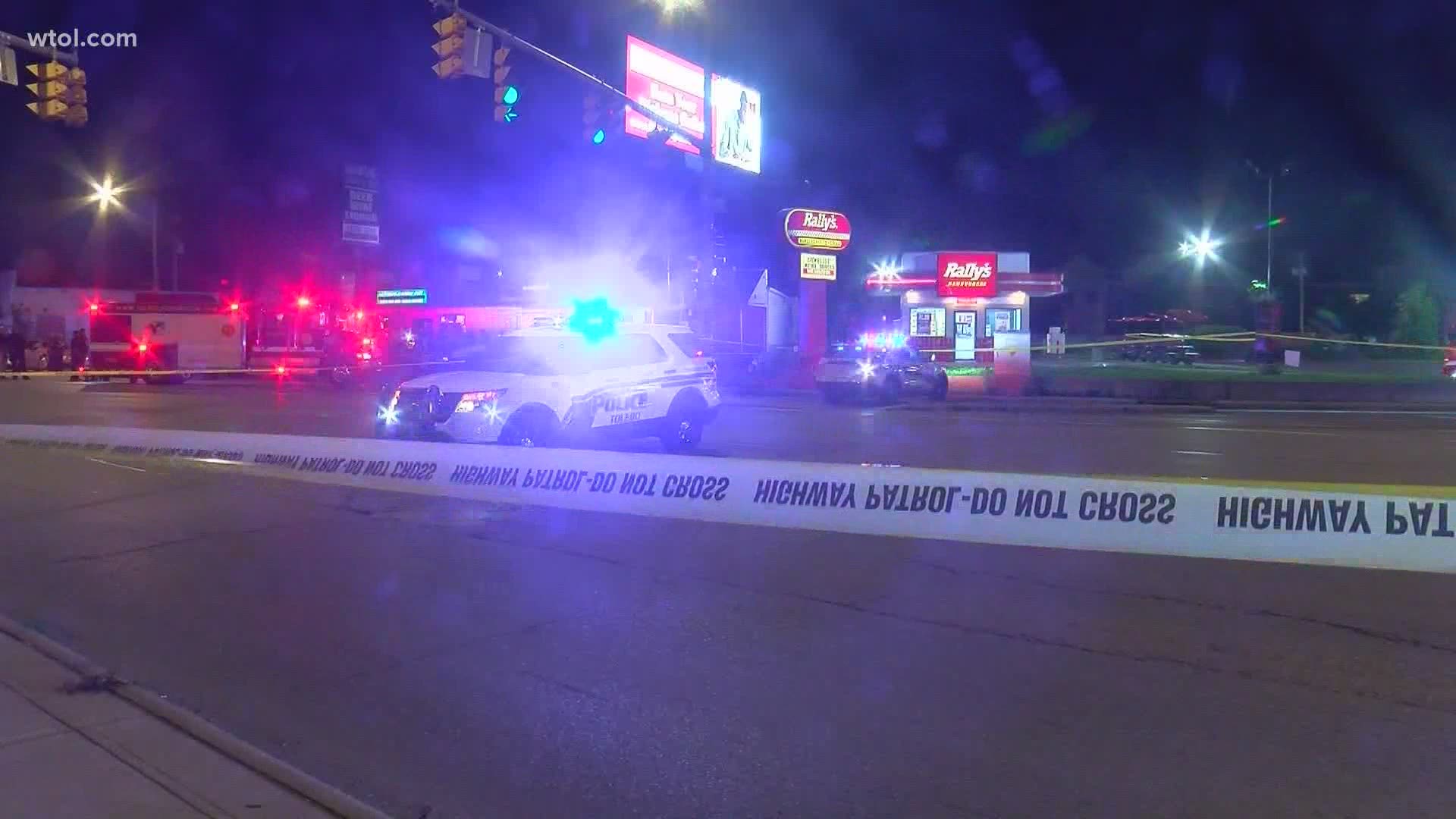 TOLEDO, Ohio — A man who led officers on a chase early Monday morning is dead after being shot by Toledo police.

The chase started in Monroe, Michigan, and came through the Old West End. Toledo police officers joined the chase near Detroit and Phillips, with the crash ending near Virginia and Scottwood when the driver crashed into several parked cars, disabling his truck.

Police say the man, later identified as 50-year-old Michael Clifton, got out of his vehicle and led officers on foot down Scottwood and then Bancroft with a firearm to his head.

Police say Clifton got to the parking lot of the Monroe Carryout, where officers attempted to negotiate with him. Eventually, negotiations failed and the "suspect's actions" forced officers to fire, according to a police report.

A later Toledo police news release said a Michigan state trooper unsuccessfully deployed a taser in an attempt to subdue the suspect. Then, Clifton made "verbal and hand motions" indicating he was going to point the gun at officers.

According to the release, Clifton said "tick tock" multiple times, put the gun back to his head, then back down "into a shooting stance" and "began to raise it toward officers."

Officers from the Toledo Police Department and Michigan State Police fired their weapons, shooting and killing the suspect.

Michigan State Police said that two MSP troopers are on administrative leave per department protocol while the investigation continues.

TPD said a news conference on the incident would be held at a later date.

Rescue crews could be seen doing CPR on the man for about 20 to 30 minutes trying to save Clifton, but he was pronounced dead at the scene.

No others were injured during the incident.

Police say the man was suspected of firing a gun outside of theaters in Monroe at 2121 N. Monroe St. Toledo, Monroe and Michigan State Police were involved in the chase.

This is a developing story. Stay with WTOL 11 for more details.

There has been an officer-involved shooting in the area of Monroe and Bancroft. A suspect is deceased. No other residents or police officers were injured. Additional information will be forthcoming. #toledopolice pic.twitter.com/3dtgkpVrdz

RELATED: 18-year-old man dies after being stabbed in south Toledo

RELATED: One dead, three others hospitalized after north Toledo shooting