President Trump vs. Joe Biden: Everything you need to know about tonight's Cleveland debate

Here's what we know as the first presidential debate will be held at Case Western Reserve University. 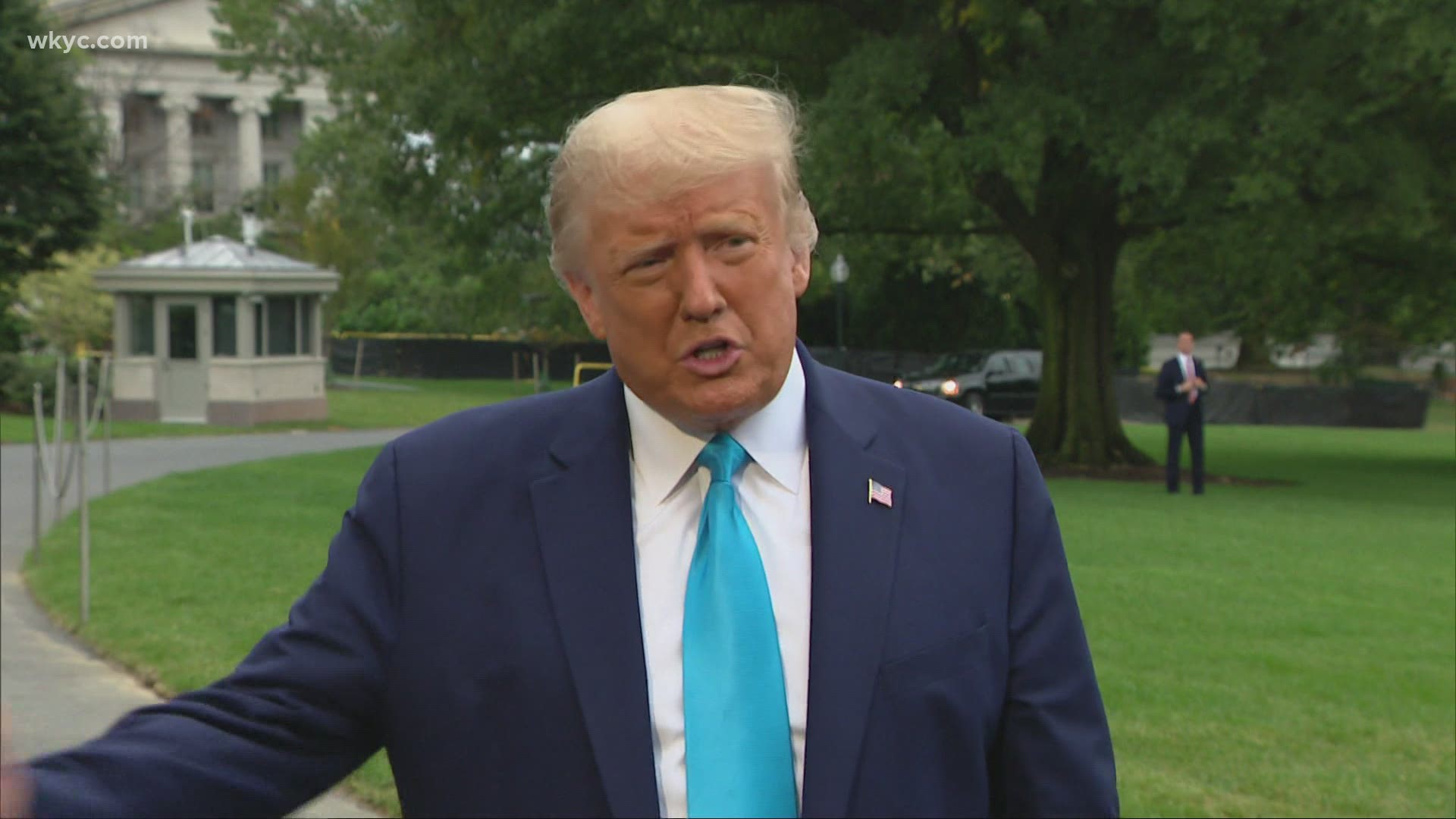 So what can you expect? Here's what we know so far...

WHERE IS IT TAKING PLACE?

The Health Education Campus of Case Western Reserve University and Cleveland Clinic inside the Sheila and Eric Samson Pavilion.

HOW CAN I WATCH?

It will air live on WKYC with streaming coverage available online at WKYC.com, the WKYC app or our Facebook and YouTube pages.

WHEN WILL PRESIDENT TRUMP ARRIVE IN CLEVELAND?

Here's his schedule, according to White House officials:

WHO WILL MODERATE THE DEBATE?

That job goes to Chris Wallace of Fox News Sunday. Read more about that HERE.

RELATED: A major tradition to change at 2020 Presidential Debate

WHO GETS THE FIRST QUESTION?

WHO GETS THE FIRST OPENING STATEMENT?

There won't be any opening statements for this debate.

WHAT TOPICS WILL BE COVERED?

HOW MANY PEOPLE WILL BE IN ATTENDANCE?

A small number of ticketed guests will be permitted in the audience, but the exact number has not been disclosed. The Washington Post reported early Tuesday, however, that 80-90 people will be in the audience.

WHAT ABOUT COVID-19 CONCERNS?

The Cleveland Clinic will serve as a health security adviser to mitigate any exposure or spread.

HOW CAN I GET INVOLVED IN THE CONVERSATION?

Join 3News' Tiffany Tarpley and Dave "Dino" DeNatale for a debate watch Zoom room with a panelist of voters from 8:30-11 p.m. Read more about our debate Zoom room HERE. You can also join the conversation using #3Election.

ARE THERE ROAD CLOSURES IN CLEVELAND FOR THE DEBATE?

You bet! See the long list of road closures HERE.

There are some peaceful protests planned, and city leaders say they're prepared to handle everything. Read more HERE.

Dave DeNatale chatted with our 3News Senior Political Consultant Tom Beres to preview what we can expect to see on Tuesday night.

Read more about the other debate plans HERE.

WHEN IS THE ELECTION?

Do you have more election questions? Need to find your polling place? What are the important deadlines you need to know? We've got you covered with our in-depth voter guide HERE.

Watch the final nights of this year's presidential conventions below.