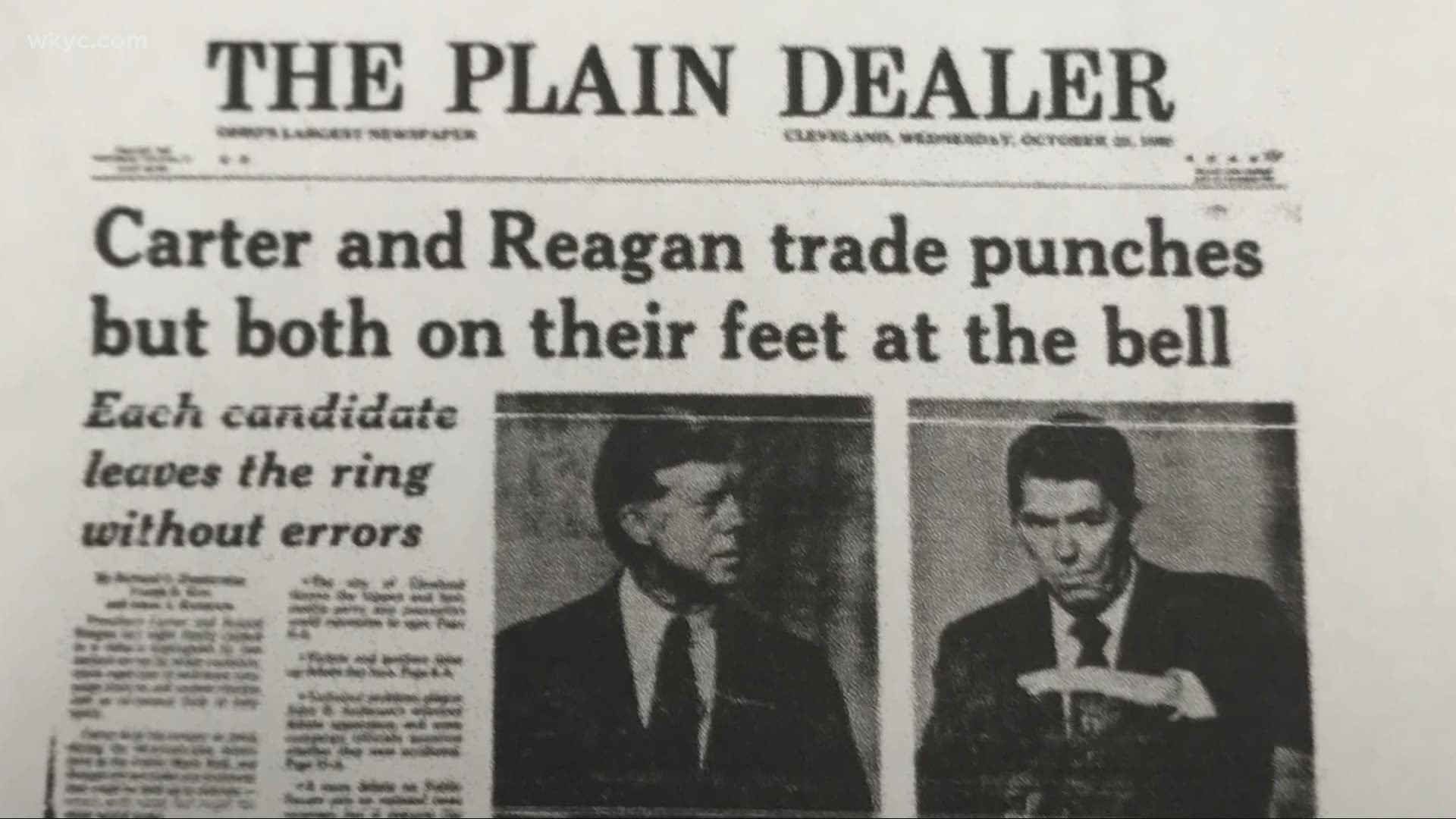 President Donald Trump and former Vice President Joe Biden are the top of the ticket this time around, and will participate in a debate hosted by the Cleveland Clinic and Case Western Reserve University at the Clinic’s Health Education campus on Tuesday. The two political heavyweights vying for the White House title are expected to throw the verbal leather, hard and fast, while bobbing and weaving from the other guy’s political punches.

Cleveland has been the setting for a presidential debate before. In 1980, President Jimmy Carter and former California Governor Ronald Reagan went at it.

Among the promoters? The League of Women Voters in Cleveland. Also in the corner were the Cleveland Press newspaper and the Greater Cleveland Growth Association, which pushed hard to land the debate.

I covered the event, which was held in the music hall of the old Cleveland Convention Center. That October 1980 night, the American political world centered on Cleveland. It was Carter-Reagan, Reagan-Carter, face to face. Cleveland was also in the ring when America tuned in for the punch-by-punch.

The day after, one Cleveland newspaper reported, 'Each candidate leaves the ring without errors." Some dispute that.

Reagan uttered a couple of lines many thought put him over the top.

"Are you better off than you were four years ago?" Reagan asked. Later, he responded to a Carter remark about health care with his now-famous comeback, "There you go again."

RELATED: 3News invites Northeast Ohio voters to watch the presidential debate with us in our Zoom room

Soon after, Reagan won the decision in an election day blowout of Carter, taking 44 states.

In 2004, Cleveland again was in the spotlight of another debate bout, when incumbent Vice President Dick Cheney and challenger John Edwards sparred at Case Western Reserve University. The 2016 Republican presidential candidates also held their first debate in the city, with their national convention set to be held in Northeast Ohio.

But for Cleveland and the top of the ticket, it was 1980 Carter-Reagan. Candidates’ political lives were on the line and so was Cleveland’s image, as it was just crawling out of a bad record of its default on $14 million in loan obligations to six local banks.

Cleveland’s credit rating had taken it on the chin: First American city to default on its obligations in decades. In 1980, still wobbly on its feet, Cleveland was slowly getting off the canvas. That debate showed the world this city could punch again. Landing the debate, Cleveland battled for its future as much as Carter and Reagan battled for theirs.

Getting the debate here showed that Cleveland could fight back from tough times. The '80 presidential debate was a turning point for Carter and Reagan, and for the city too.