The Bowling Green State University sophomore died March 7 with a reported BAC of 0.394, days after an alleged fraternity hazing event. 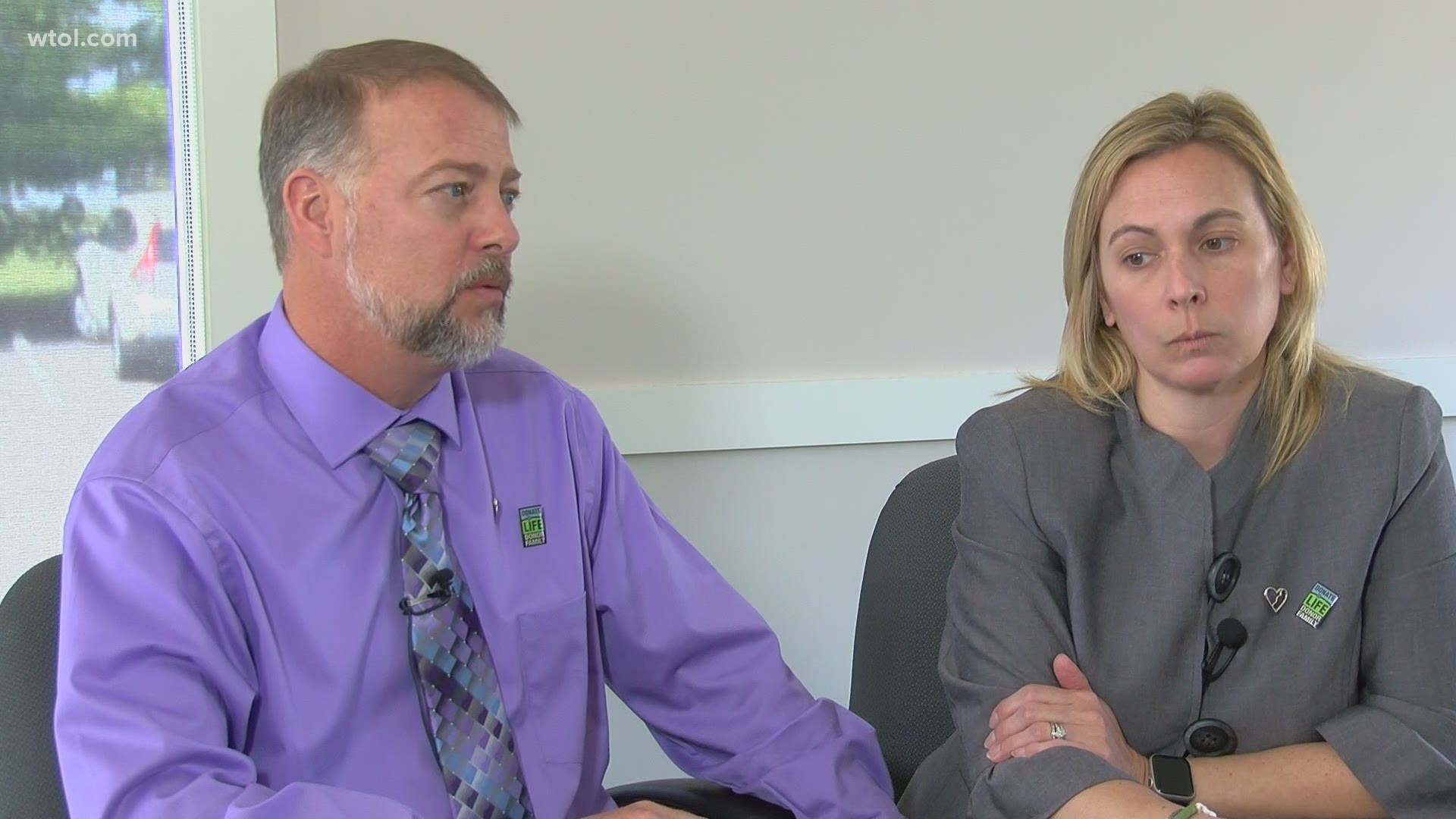 Foltz, 20, was a sophomore at Bowling Green State University from the Dublin area who died March 7, days after an alleged hazing incident involving alcohol that occurred at a Pi Kappa Alpha (PIKE) off-campus event on March 4.

The fraternity has been placed on interim suspension as law enforcement and Bowling Green State University officials investigate the situation. Foltz spent days in the hospital before his family made the decision to donate his organs.

A letter from Jeremy Zilmer, associate dean of students, addressed to the Pi Kappa Alpha chapter president on April 2, said that a meeting is set for Tuesday, April 6, at which the chapter is to bring its decision on how to answer the six misconduct charges levied by the university.

Zilmer notes that the chapter president failed to attend the first scheduled meeting on April 2.

"If you do not attend the meeting on April 6, a decision will be made without the benefit of your input as to the final resolution of these charges for violated the Code of Student Conduct," Zilmer's letter said.

If the fraternity requests a formal hearing before the University Conduct Committee, the hearing date has been chosen as April 13 at 8:30 a.m.

"Today, Bowling Green State University met with local and national leaders of Pi Kappa Alpha Fraternity. The University worked with special counsel David DeVillers, a former U.S. Attorney for the Southern District of Ohio at the firm of Barnes & Thornburg, to pursue a thorough and fair investigation to seek the truth and facts regarding the alleged hazing activity on March 4."

BGSU has cited the organization with six violations of the Code of Student Conduct and expects the case to be adjudicated within the university by April 13.

A letter from Jeremy Zilmer, associated dean of students, the chapter president of Pi Kappa Alpha failed to meet with Zilmer on Friday to discuss the investigation into the incidents that occurred during an off-campus event in the 300 block of North Main Street on March 4.

The letter also sheds more light into the events said to have occurred at that party.

The letter states to the unnamed chapter president, "Based on the information you provided, as well as information gathered during the investigation process, I have determined that there is sufficient justification to charge the organization with violating six (6) of the following sections of the Code of Student Conduct."

In the Zilmer letter, the first offense - harm to others - is said to be warranted "based upon information that members of the organization provided individual bottles of alcohol to new members and encouraged the new members to consume the entirety of the contents of the bottle. One new member died following this event, and other new members were severely intoxicated to the point of vomiting."

The first hazing offense, Zilmer says, was "based upon information that members of the organization provided individual bottles of alcohol to the new members and then encouraged the new members to consume the entirety of the contents of the bottle."

He goes on to write that the second offense of hazing was warranted "based upon information that members of the organization had the new members wear blindfolds and led them into a basement area while being yelled at and pushed in an effort to disorient them."

The third offense of hazing, Zilmer said, was "warranted based upon information that the new members were instructed multiple times prior to the event on March 4 that they would need to inform faculty members of their likely absence from classes on March 5."

The fourth offense of hazing was levied "based upon the totality of the information collected coupled with the fact that hazing and underage possession/consumption of alcohol are against university policy and state law," Zilmer wrote.

The disregarding health and safety violation was issued "based upon information that alcohol was provided to new members of the organization, and only one new member was of legal age to possess/consume alcohol," the dean said.

"Hazing is absolutely intolerable. BGSU continues to work with local law enforcement, who are actively leading their own investigation into this serious situation. While these University charges don’t bring back student Stone Foltz, our goal is to hold those accountable who are responsible for this tragedy," the statement issued by Solis said.

Attorneys for the Foltz family reacted on Friday to the conduct code violations and said it should be an "easy decision" that leads to the fraternity's expulsion. The family is also calling for a zero-tolerance policy in which one hazing incident would mean immediate expulsion.

"Stone Foltz died as a result of a senseless hazing ritual. While he wasn't the first to suffer dire consequences at the hands of a fraternity, we are determined to make him the last. We are encouraged to see Bowling Green State University move swiftly to address Pi Kappa Alpha's conduct. Given the facts, charging the fraternity with six Code of Student Conduct violations, including Harm to Others, multiple Hazing violations, and Organization Alcohol, is an easy decision that should lead to the fraternity's expulsion," the attorneys wrote.

"We also expect the individuals who participated in the hazing ritual to be held accountable. However, our ultimate goal is to get all university presidents to institute a zero-tolerance policy for any hazing activities. True zero tolerance means one hazing incident results in immediate fraternal expulsion. Proposed state and federal legislation are steps in the right direction but university presidents must make serious and significant changes to eliminate hazing from the culture."

Special counsel David DeVillers, a former U.S. Attorney for the Southern District of Ohio at the firm of Barnes & Thornburg, is engaged as an "expert, independent their party to assist with the conduct investigation."

A letter written by Yost revealed the budget for the investigation is $49,000 at an hourly rate of $275.

Foltz's parents, Cory and Shari Foltz, are asking for action and accountability.

"We don't need the condolences. We just need this to stop," Cory Foltz said.

The family is calling on national fraternities to step up and make the changes necessary to ensure the safety of their members and stop hazing rituals once and for all.

"I think until you stop these fraternities from these rituals of any type of hazing going on and figure out how it can be successful - without these rituals - there’s not gonna be an end. That’s why we’re holding them accountable," Shari Foltz said.

Stone Foltz's blood alcohol content was 0.394, according to the family, who said it was likely even higher immediately after the alleged hazing ritual.

In response to Foltz's death, Senate Bill 126 was introduced, aimed at cracking down on hazing, specifically for Ohio colleges and universities.

"I've got a son who attends Bowling Green State University. The same age as Stone Foltz. I'm a BGSU alum myself and that's my hometown," said Gavarone.

She along with state Sen. Stephanie Kunze are co-sponsors of the new legislation.