11 Investigates: The world of special use permits, Internet cafes, loopholes and bribes

Internet cafes allow customers to log onto a computer to play games like slots, for much smaller stakes. January, Toledo City Council voted for a moratorium on them. 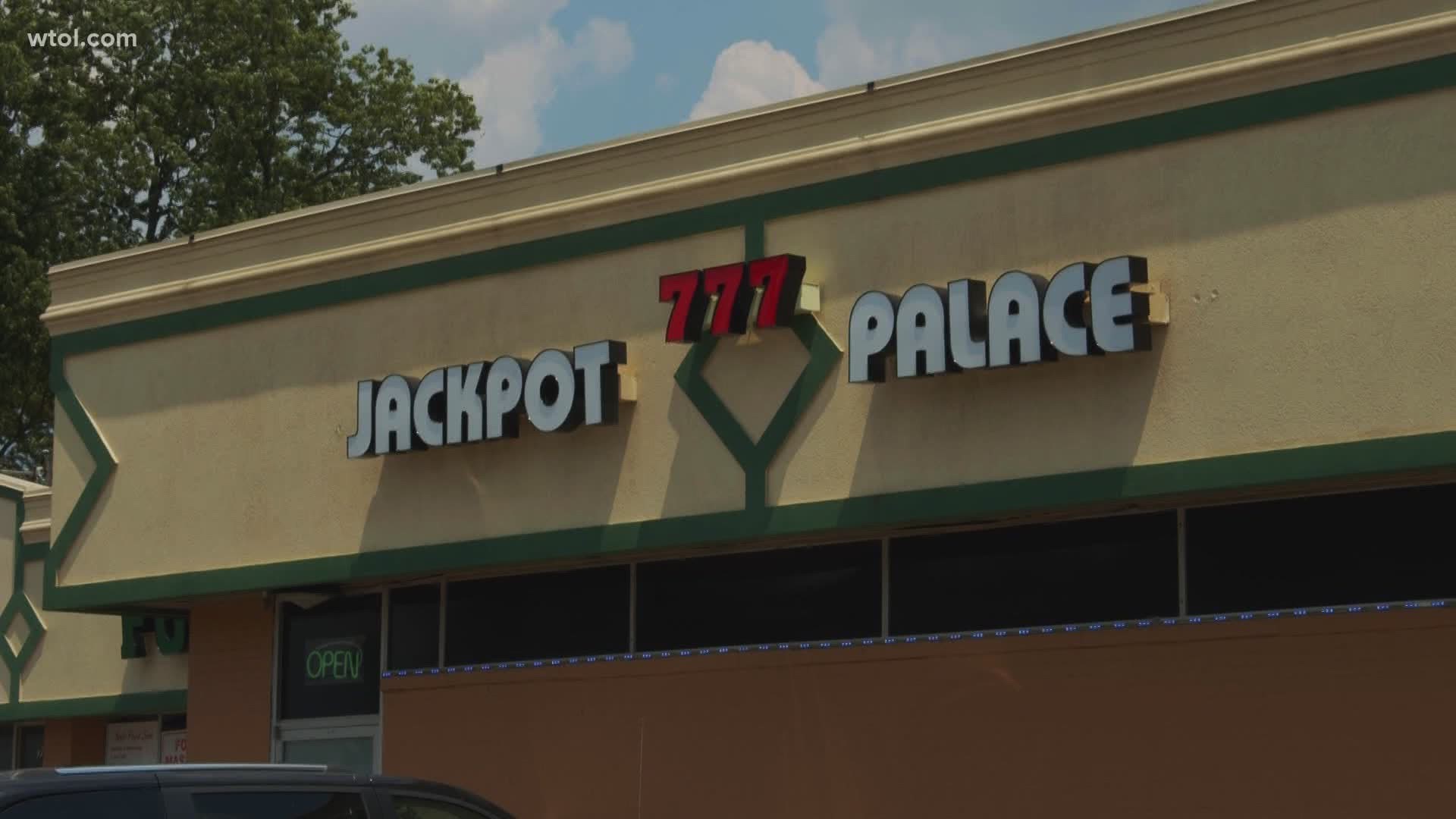 The businesses, which allow customers to log onto a computer to play a game similar to slots but for much smaller stakes, have often run afoul of the city's licensing laws.

Council members Nick Komives and Larry Sykes are situated side by side in the council chamber. Prior to that vote, Komives says Sykes leaned back in his chair and said, "you're going to vote for the moratorium, right?"

An apparently innocent statement - in the mind of Komives and anyone else who may have been within earshot - may now be seen in a different light. When federal investigators filed an affidavit on June 30, they pointed to Sykes as being crucial to getting the moratorium passed. And, they said he did it because he was paid by a man listed as "Source 2" in the affidavit.

RELATED: What are the accusations against Toledo City Council members? See the full list

11 Investigates has identified "Source 2" and his name has been confirmed by multiple sources, but we are choosing not to name him because he is a cooperating witness in a federal investigation and out of fear that the successful businessman could be retaliated against because of his involvement.

But "Source 2" has been crucial in building a case against the council members and Mitchell.

The indictment is likely to increase calls for resignation of the council members. On July 13, Mayor Wade Kapszukiewicz and Council President Matt Cherry sent a letter to Ohio Attorney General Dave Yost, asking him to suspend the council members. Under guidelines set out in the Ohio Revised Code, three retired judges would convene a hearing and decide if a suspension is warranted.

However, the members could accept a provisional suspension, meaning they would still be on council but could not perform their duties. It is something that Johnson is considering, according to his attorney, Richard Kerger.

"The sticking point is that he doesn't believe he did anything wrong, and he wants to do what he was elected to do," Kerger says.

If there are suspensions or resignations, it will make governing in Toledo more difficult. The loss of four members would at least temporarily bring council down to eight members. Nine are needed to pass important legislation during just one meeting.

On Wednesday, it was revealed that the Ohio Attorney General filed a Request to Commence Suspension Proceedings for four members of the Toledo City Council charged with bribery and extortion.

“Until allegations of public corruption are resolved in court, a suspension is the proper remedy to balance the accused’s right of a presumption of innocence with the public’s interest to have a functioning city council,” Yost said.

The request, filed in the Supreme Court of Ohio, states that Larry Sykes, Yvonne Harper, Garrick “Gary” Johnson and Tyrone Riley are charged with felonies stemming from alleged criminal activity that occurred in public office and cannot continue their duties as city council members while facing charges of bribery and extortion.

In response, three of the four city council members voluntarily signed a consent judgment entry, agreeing to the suspension pending the resolution of the felony charges in federal court. Mr. Johnson has yet to sign a judgment entry as of noon Wednesday.

In the summer of 2018, many members of council became concerned with the number of Internet cafes seemingly operating illegally in the city of Toledo. Only a few out of 14 or 15 actually had a license to operate. The state of Ohio actually banned the businesses in 2013, but loopholes have allowed them to continue to operate.

Riley made a big push at a council meeting to have new cafes apply for special use permits to operate. "Those properly licensed will be grandfathered in. Those that have not been licensed and recognized by the city of Toledo will have to apply for a special use permit."

At that point, numerous operators had to scramble.

"What was happening was coming to us after the fact, already running without an SUP and permitting," Komives says.

Two of those operators are identified in the affidavit as "Source 2 and "A.M."

We found multiple donations from them to council members that match up to dates in the affidavit.

"Source 2" has multiple Internet cafes in the city. On Feb. 25, council approved an SUP for a cafe on Central. It faced heavy opposition, according to a neighborhood liaison.

"I've been at multiple meetings. Voiced opposition to application, as well as Tom Kroma of Mercy Health specifically reached out to me and says Mercy opposes this application," the liaison says.

But court documents allege "Source 2" bribed all four council members, including Harper, the district representative for that portion of Central Avenue.

Gaining the vote of the district representative was crucial. That is the person who attends neighborhood meetings about issues. It's very common for other members of council to follow their lead.

"I'm not a fan of those businesses, but if the district person really wants to see them go in their area, I don't fight them too hard on it," council member Chris Delaney says.

Documents say "Source 2" funneled $2,825 through Mitchell to get Harper's support for his SUP.

And she went to bat for him.

"I've talked to the owner, and I think he will bring more business to the area," says Harper at the Feb. 25 meeting.

"I often defer to district council person. They attend neighborhood meetings, so we'll be on the floor and ask how has that gone," explains Komives.

"They have kept their word and that's why I'm asking for your support," says Harper on Feb. 25.

And she did get council's support. Unanimously.

"[I] often defer to district council person, but something no longer will be doing," Komives says. "I will be spending a little more time on them."

11 Investigates combed through financial documents of the four council members.

RELATED: Law professor explains the difference between a bribe and campaign contribution

We could find little that jumped out financially, except against Harper.

Months after the council member allegedly began receiving bribes, the state of Ohio filed a tax lien against her in Lucas County Common Please Court for $1,932.

City council is now in a state of uncertainty, with one-third of council facing a federal indictment.

Delaney wants them to just step aside. "It's too big of a distraction and causes too many questions in the past and down the road about what their motivation may be."