Michael Zacharias, 53, is accused of exploiting the drug addiction of minor victims by paying for their habits in exchange for alleged sex acts. 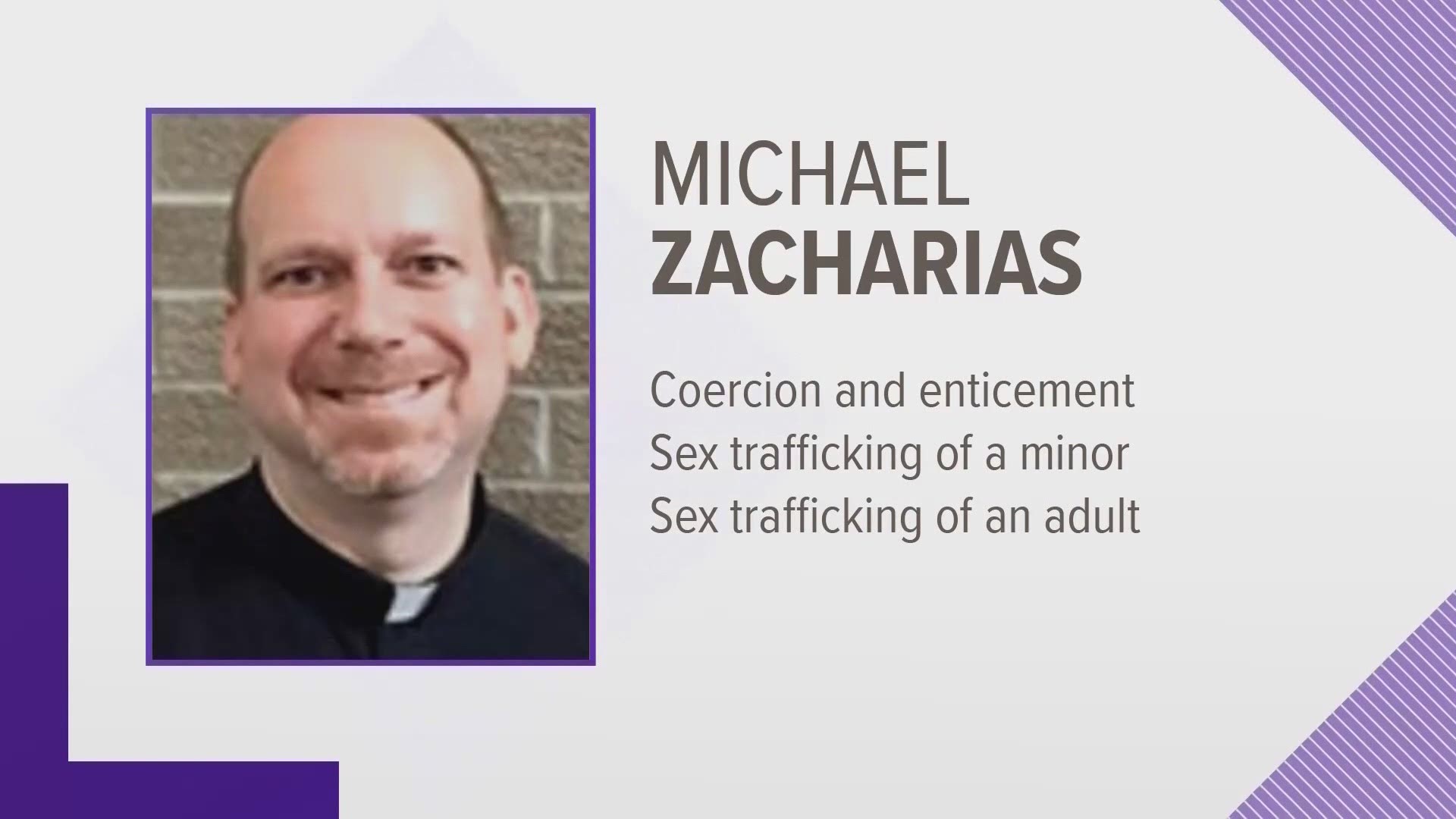 The indictment was handed down by a federal grand jury in Cleveland on Friday against Michael J. Zacharias, 53. He was arrested on Aug. 18 and has since remained in federal custody.

"This defendant is accused of using his status and position as a religious and community leader to seek out troubled minors and exploit their personal challenges for his own satisfaction," U.S. Attorney Justin Herdman said. "This indictment is a step toward finding justice for the victims, families and community harmed by the defendant and his alleged acts."

According to court documents, from approximately 1999 to July 2020, Zacharias is accused of sex trafficking of a minor victim and using force, fraud or coercion to sexually traffic other minors and adults.

During this time, he was enrolled as a seminarian and served as a priest at various religious institutions in the Northern District of Ohio.

Zacharias is accused of allegedly using his position to seek out underage victims, and using their drug addiction as a way to coerce them into sexual activity.

In one instance, while he was enrolled in the seminary, Zacharias allegedly met a victim at a local school. He is accused of grooming the minor victim, a process in which the abuser befriends and establishes a connection with a child, and sometimes their family, to lower their inhibitions with the objection of sexual abuse. The abuser often provides the targeted victim with attention, affection, money, gifts and makes inappropriate sexual comments.

RELATED: Following priest arrest, advocates for the sexually abused share insight on what signs to look for

After building a relationship with the victim, Zacharias is accused of giving them money to support their drug addiction in exchange for the alleged sexual acts. This behavior is said to have continued throughout the victims’ life and into adulthood.

In another instance, Zacharias is accused of grooming the underage sibling of one of his victims using similar methods – exploiting their drug addiction and giving them money to maintain a relationship.

"Michael Zacharias used his respected position to prey on and take advantage of youth and adults for his own sexual gratification," said the FBI special agent in charge. "We must hold accountable to the fullest extent of the law those who violate their sacred trust to molest and harm our children."

FBI agents have asked that anyone who has had contact with Zacharias where they may have been groomed for possible future sexual purposes, were inappropriately touched, or sexually assaulted, to contact them confidentially at 216-622-6842.

As a reminder, an indictment is merely an allegation and all defendants are presumed innocent until proven guilty beyond a reasonable doubt in a court of law. If convicted, the defendant’s sentence will be determined by the court after a review of factors unique to this case, including the defendant’s prior criminal record, if any, the defendant’s role in the offenses and the characteristics of the violations.

In all cases, the sentence will not exceed the statutory maximum and in most cases it will be less than the maximum. The investigation preceding the indictment was conducted by the Federal Bureau of Investigation. The case is being prosecuted by Assistant U.S. Attorneys Tracey Ballard Tangeman and Deyana Unis.