Father Michael Zacharias is a pastor at St. Michael the Archangel Parish in Findlay. Officials say he has been engaged in sexual conduct with minors since the 1990s. 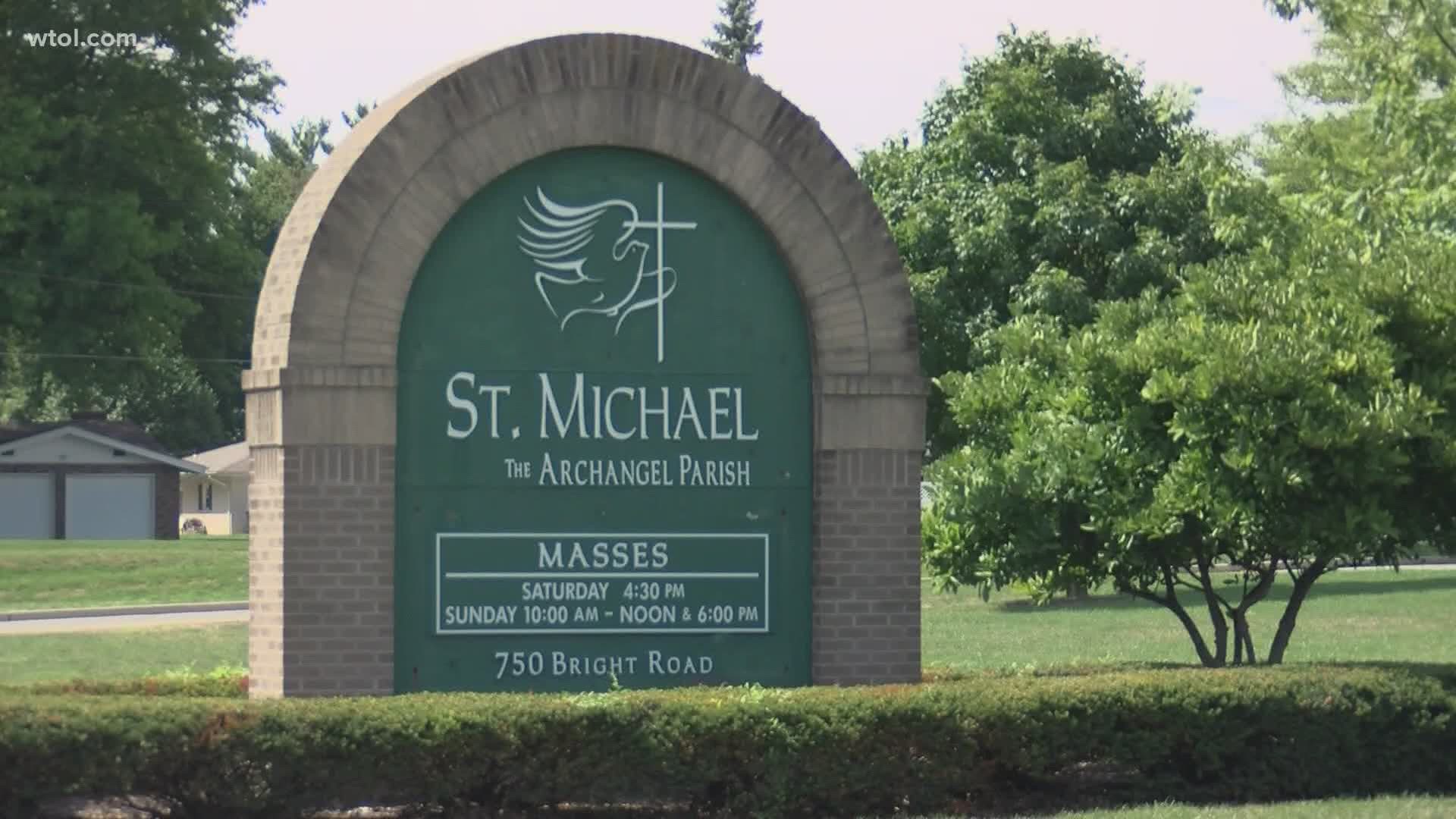 FINDLAY, Ohio — The Cleveland Division of the FBI and the United States Attorney's Office on Tuesday announced the federal arrest of 53-year-old Father Michael Zacharias in Findlay. He was immediately placed on leave by the Diocese of Toledo, with Bishop Daniel Thomas expressing his shock and revulsion at the allegations of sexual misconduct against the priest.

Officials say Zacharias was taken into custody on Tuesday at his residence without incident by members of the Northwest Ohio Child Exploitation and Human Trafficking Task Force.

It appears Zacharias celebrated daily Mass shortly before he was arrested.

According to the complaint, investigators are aware that Zacharias has engaged in sexual conduct with minors since the late 1990s. The Diocese said he was ordained a priest in 2002 and these are the first such allegations to be raised against him.

FBI Agent Eric Smith said Zacharias served at other parishes during his time as a priest, including St. Catherine's in west Toledo.

The federal court documents were released and can be read full below. However, as a warning, they feature graphic content detailing explicit situations that may be disturbing for some readers.

The FBI is encouraging anyone that has had contact with Zacharias where they may have been "groomed" for possible future sexual purposes, they were inappropriately touched or they were sexually assaulted by Zacharias to contact the FBI at 216-622-6842. In addition, the Diocese of Toledo encourages people to report any such allegation to the Diocesan Victim Assistance Coordinator at 419-214-4880.

The FBI says all information will be strictly confidential.

A statement from Bishop Thomas said, "I am profoundly shocked and grieved to learn of these charges against one of our priests. The Church cannot and will not tolerate any such behavior and takes any sexual abuse or misconduct on the part of a cleric with the utmost seriousness. As we await the outcome of the criminal investigation, our prayers go out to anyone affected by this situation."

In accordance with the Policy for the Protection of Minors and Young People, while on administrative leave, Father Zacharias cannot exercise public priestly ministry, administer any of the Sacraments, wear clerical attire or present himself as a priest. Administrative leave is a precautionary measure while an allegation is being investigated.

"It's really disappointing and I think, as everyone, I felt sick to my stomach," Muryn said. "Just to know that individuals in our community, and especially in authority, were taking advantage of the most vulnerable people in our community. It's disgusting."

She issued a statement Tuesday that said no criminal complaints have been filed locally in relation to Zacharias. The Findlay Police Department also has no information to believe that St. Michael’s School or its students are involved in Zacharias’ FBI complaint.

“I am distraught by the news of the arrest of Father Michael Zacharias. These allegations are not taken lightly, and the Findlay Police Department and our community at large will support the full and thorough investigation by the FBI. Such abuse of power, and perversion of sexuality is unacceptable and cannot be tolerated by any organization, individual, or society,” Muryn said.

Zacharias' neighbors and the mayor say they were surprised to hear about the arrest. That's because the priest was an involved member in the community at St. Michael, which is a prominent parish.

"We try to have our faith leaders be leaders in the community on all issues. So we certainly have worked with him over the last year and a half as I've been in leadership to have him involved in the community and it's disappointing to see the allegations against him," she said.