The goal of the initiative is to help stop violence before it starts and to begin helping the city and police establish better relationships. 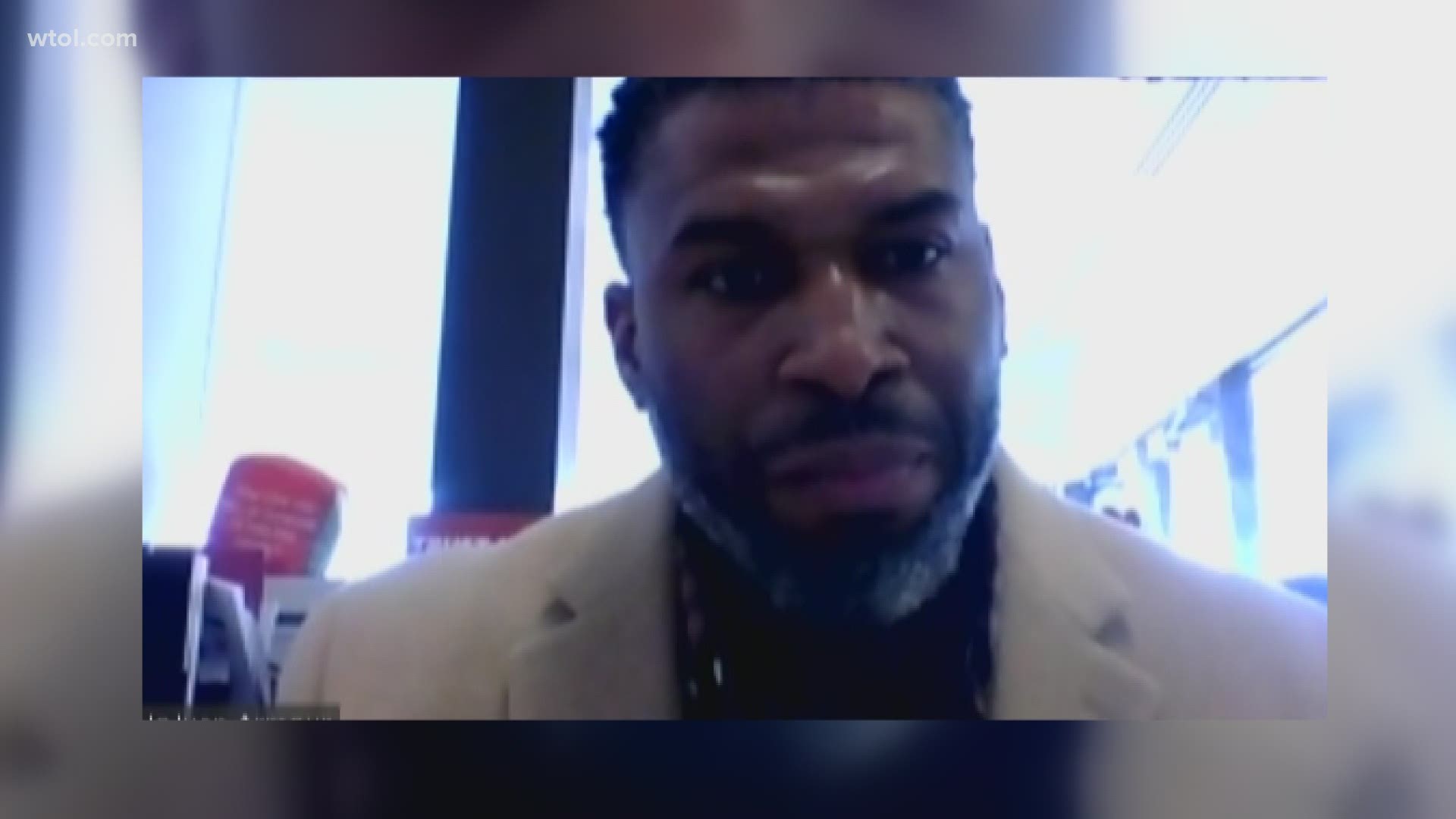 TOLEDO, Ohio — Toledo Mayor Wade Kapszukiewicz announced Wednesday the hiring of a program manager who will be responsible for working with residents, community partners, and law enforcement to develop the city’s strategy to reduce gun violence.

The mayor introduced JoJuan Armour, a Toledo native who is currently a student wellness and family liaison at the Columbus Arts and Technology Academy.

“JoJuan brings an experience that we hope, working in tandem with the other resources already in use, and combined with new partnerships we are forging in the community, will deter the violence we have seen in Toledo,” Kapszukiewicz said. “As we said last year, this initiative is aimed at reducing gun violence by addressing it as a public health crisis. We will never eradicate gun violence, or even make a dent into it, unless we focus on the root causes and the social determinants.”

RELATED: What does it take to fight gun violence as a public health crisis? The city of Toledo is about to dive in and find out

Chief of Staff Katy Crosby said the city continues to use data to adjust the program to target high-risk individuals and neighborhoods. She stressed it is important to note that this does not replace the role of law enforcement.

“It is our hope that this reduces the need for law enforcement to engage due to less violence in high-risk communities,” Crosby said. “The goal of the initiative is to help stop violence before it starts, and to begin helping the city and police establish better relationships.”

Armour’s focus will be working with the community and law enforcement to build a successful program that includes developing relationships with residents to deter violence, creating a social service support network to address the needs of high-risk individuals, and working with the Neighborhoods Department to address blight issues that increase the likelihood of violence.

“With technical assistance provided by Cure Violence, he will be building a program while trying to deter violence at the same time,” Crosby said. “The program includes connecting at-risk people to mentoring, employment, health care, and other supportive services. Employment is a violence deterrent. We know that that is a huge barrier, because we also know that a lot of human resources policies prevent people with criminal backgrounds from having employment.”

Toledo Police Chief George Kral said the police department will be an active participant in the new effort.

“This is a collaborative effort to address a problem many cities are struggling with,” Kral said.

“It is an absolute honor to be a part of an initiative to reduce gun violence in the city I come from, in communities that my family, friends and their children live in,” Armour said. “By attempting to take in all the aspects of the community, and the individuals in it, we will be able to create a more comprehensive approach to addressing gun violence.”

The new program is partially funded by general fund dollars as well as by grants. It will focus on specific neighborhoods including Junction, Garfield Starr and Lagrange Corridor.