The suspect is cautioned to secure his firearm so he isn't treated as 'hostile.' 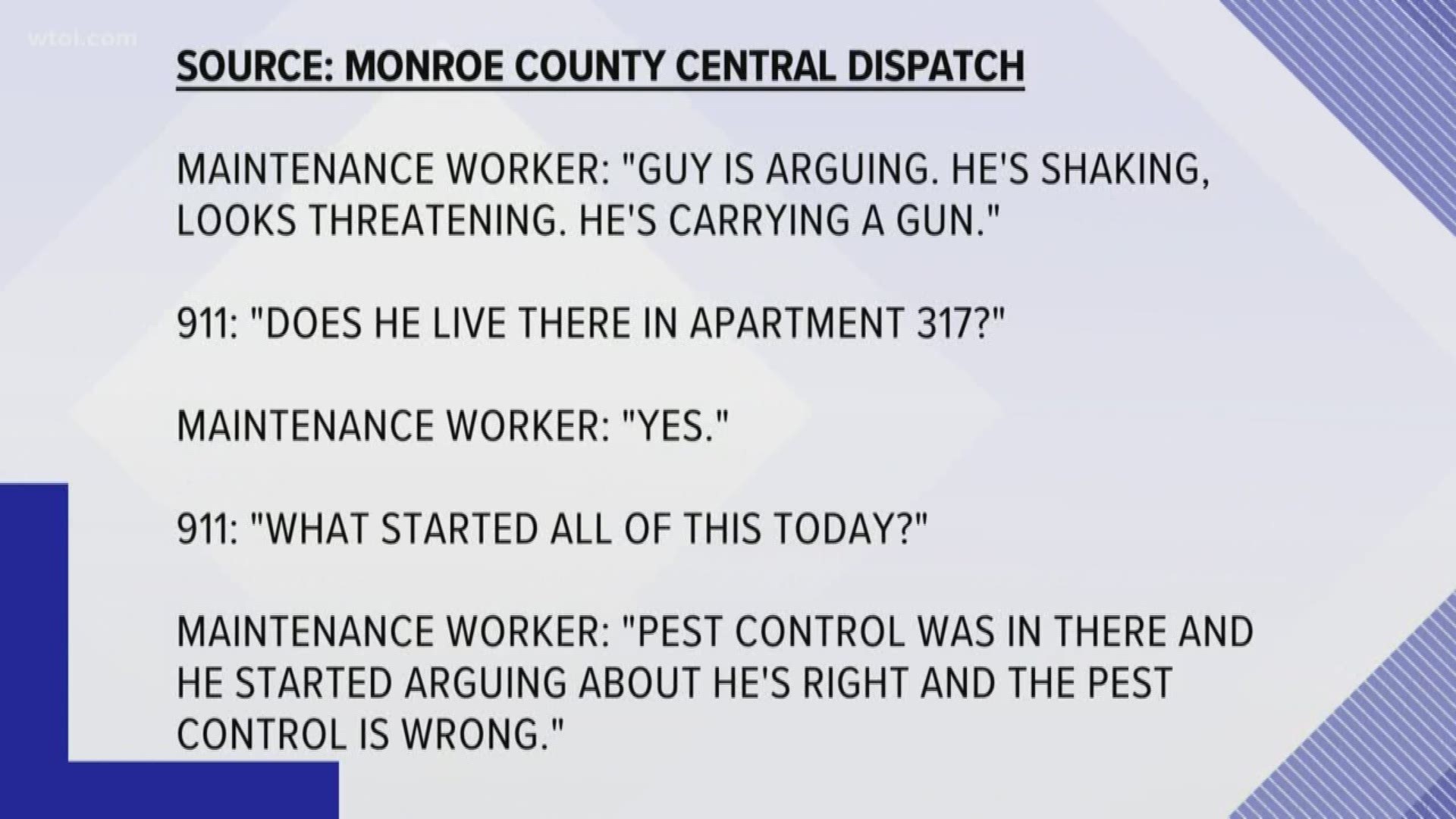 MONROE, Michigan — Audio was released on Friday from the 911 calls placed before two Monroe police officers were shot at an apartment complex.

On Tuesday, the two officers were shot by Simba Lion, 40, while responding to a dispute. The officers then returned fire.

The first call is from a maintenance worker. He said a tenant, Lion, was arguing with the pest control workers spraying his apartment. The caller said Lion looked threatening and was carrying a gun.

Another call came in from Simba Lion. He told a dispatcher pest control workers came to spray, but started fighting with him and talking trash. 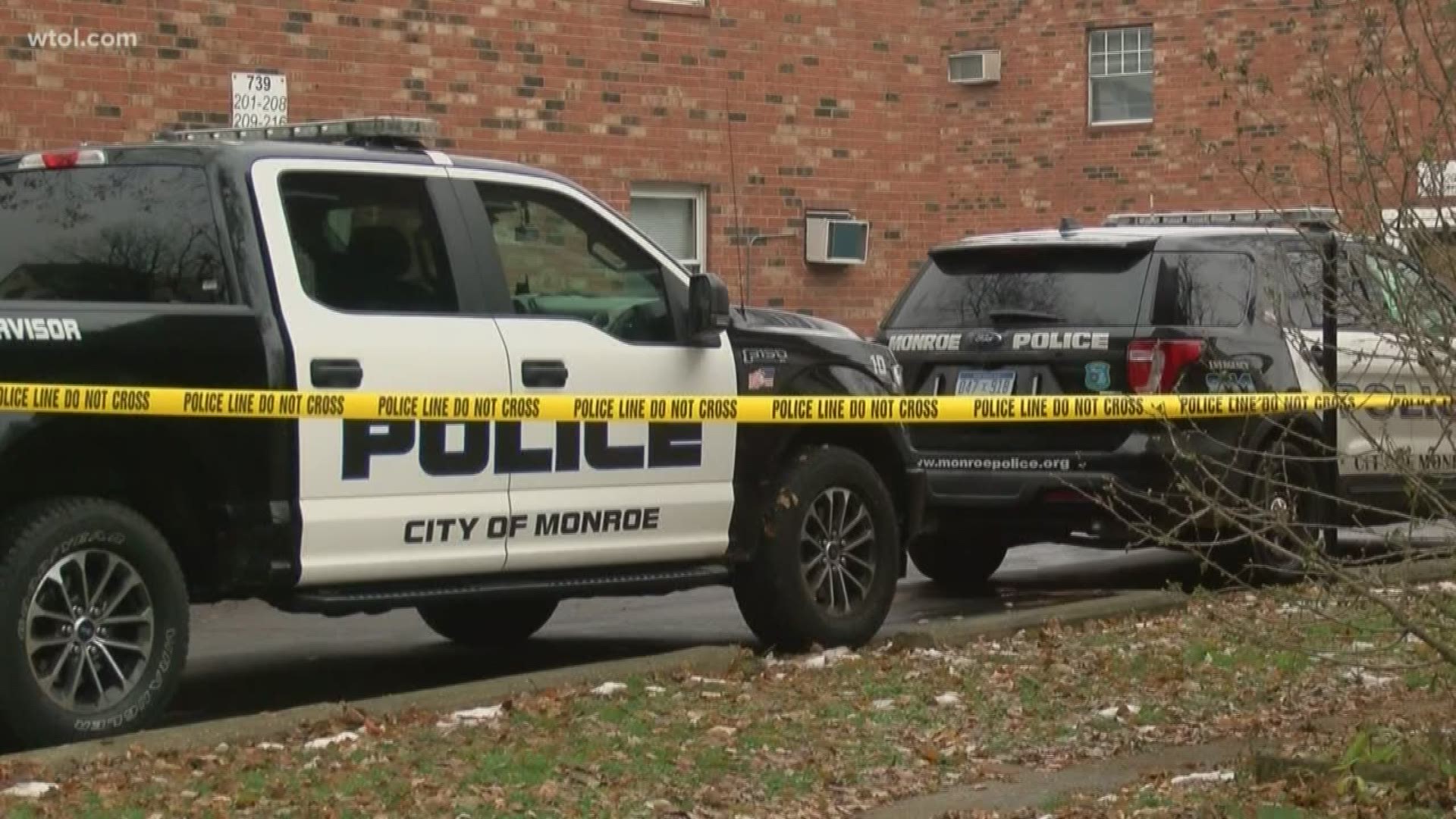 Simba Lion: "You have to help me, they're setting up a thing!"

Lion had been served an eviction notice the day before the shooting.

In the 911 call, the dispatcher asks Lion if he has a weapon. He revealed he has a sidearm. She then asked him to lock it up.

Simba Lion: "I do not want to put my firearm away but my door is locked."

Dispatcher: "OK, keep your door locked, OK? And I will get an officer over there for you. "

Simba Lion: "OK, I do have a CCW permit so you don't have to worry about that. "

Dispatcher:"Well my officer is going to knock, so I want to make sure your weapon is secure, OK? Because if the weapon is out, they're going to treat you as hostile and we don't want that, OK?"

At this time, Lion is still in the hospital. Both officers were treated and released.