Perrysburg's Takats to play baseball at BGSU, changing sides in the Battle of I-75 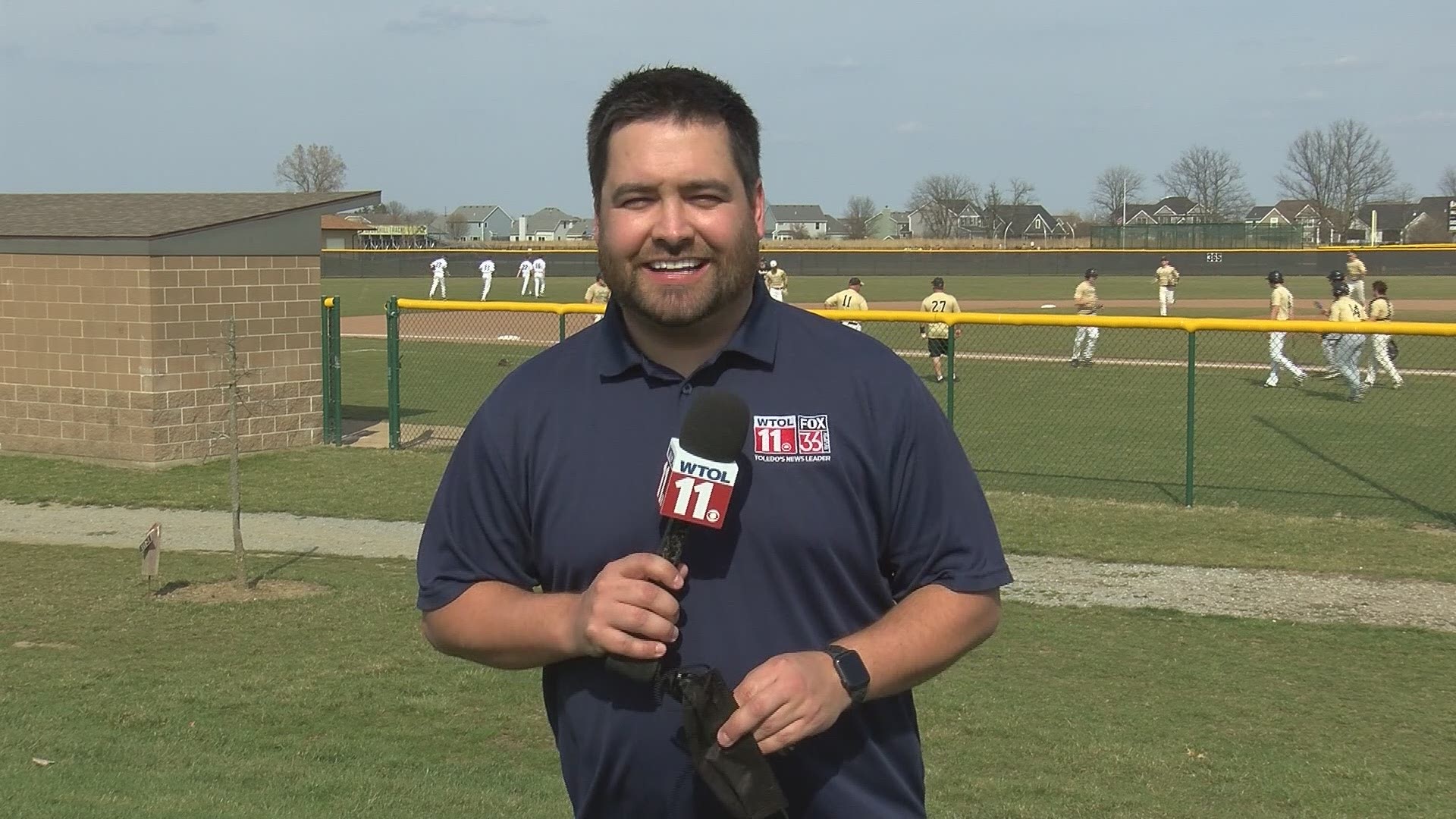 PERRYSBURG, Ohio — On paper, this is total chaos. TJ Takats has put his parents in the ultimate conundrum.

Tom Takats played baseball for the Rockets in the mid-late ’90s. Mimi Olsen-Takats is the second all-time leading scorer in Rockets history and is in the University of Toledo Hall of Fame.

Credit: WTOL
Tom Takats as a member of the University of Toledo baseball team.

Credit: WTOL
Mimi Olsen-Takats as a member of the University of Toledo basketball team.

But as their son began to carve out his own path in athletics, they quickly learned that life can take some funny twists and turns.

"I've been to hundreds of Rockets games. Baseball, basketball, you name it," said Perrysburg sophomore TJ. "I've always been a Rocket fan at heart. Always cheering 'T-O-L-E-D-O.' But now I gotta make the switch to BGSU."

So, how in the world does a kid that was raised with midnight blue and gold make the ultimate switch? Well, here’s how it went down in the recruiting process.

"We get a message from Coach (Dave) Hall saying that the Bowling Green coach would like to speak with you," said TJ's dad, Tom. "I looked at Mimi and she's like..."

"I'm checking with my wife after the first phone call and before I could say anything, she answers the phone and she says, 'He's going to Bowling Green,'" said Tom.

"Honestly, I think Coach (Kyle) Hallock sold the program, not only to Tom and I but to TJ," said Mimi. "We would never tell Thomas to go to a school that he didn't want to go to. He ultimately came down and made the decision, but I think it was the relationship that they built."

All jokes aside, his parents are thrilled for TJ to have this opportunity. Even if it is taking them a little time to get used to this big change.

"I wanted to create my own path," said TJ. "Toledo is a great school, I considered them, I liked their baseball program, but I just wanted to do my own thing."

"Believe me, I took a lot of ripping from a bunch of former teammates," said Tom. "Getting a lot of direct messages on Twitter with 'What the heck,' and 'Are you kidding me?' But everyone's been very supportive and it's been a great thing."

"We're excited for him," said Mimi. "This journey will be amazing for him. We've been on this ride with him for a while now. I'll wear Bowling Green to the Bowling Green games, but if I go to a Rocket game at UT for basketball or football, I'll definitely have to put my Rocket gear on."

Takats and Perrysburg are already off to a great start on the young season. They are expected to compete for the Northern Lakes League title and hope to make a deep playoff run.