The former Jackets quarterback threw for over 300 yards and six touchdowns in Heidelberg's season-opening win over Capital. 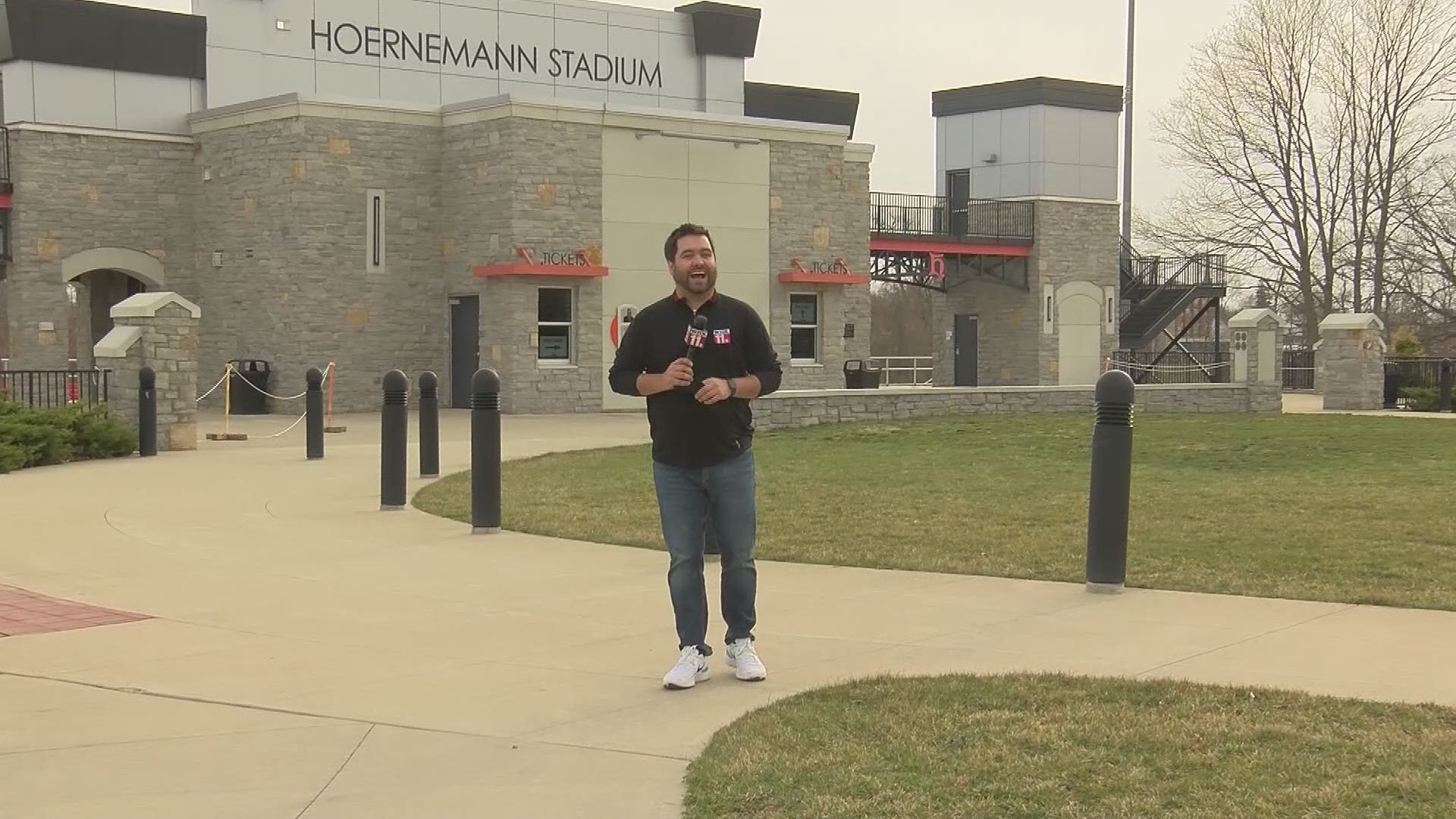 TIFFIN, Ohio — As a freshman moving to the college game for the first time, you never really know what to expect.

Drew Sims was just hoping he’d be a member of the travel roster for the Student Princes. What happened turned out to be way better.

Sims won the starting quarterback job and in his college debut last week he threw for 349 yards and 6 touchdowns.

It didn’t take long for coaches to recognize his talents.

"Honestly, it was probably the second, third week of practice this spring," said Heidelberg head coach Scott Donaldson. "You can just see it click for him. You're watching the film and everything just absolutely clicked. He had to beat some really good, experienced quarterbacks for that job on Friday, and he did it."

"Probably when we got back here for the spring. We practiced in the fall and we got a couple practices in," said Sims. "Just had to go out and compete every day and everything worked itself out, I guess."

Having the season moved from the fall to spring actually turned out to be very beneficial for Sims.

"I think all of the freshmen it helped a little bit," said Sims. "To get acclimated to school in the fall, and practice, and get to know your teammates a little bit and then getting to play games in the spring; I think that definitely helped a lot of the younger kids."

For Scott Donaldson, there was no hesitation about putting Sims in to lead his team. He won the job in camp and showed that he has all the tools to compete.

"I wasn't that nervous going into Friday night with Drew there because the kid's steady Eddie," said Donaldson. "He's played a lot of football. He's a four-year starter at Perrysburg. Once he got hit once, it was like, 'OK, I can get hit by a college football player and still survive. Alright, I'm good now.'"

For his efforts in week one, Sims was named the OAC player of the week. Not bad for his college debut.