During the meeting, board member Dr. Richard Munk was heard attending pickleball while calling for the suspension of high school sports. 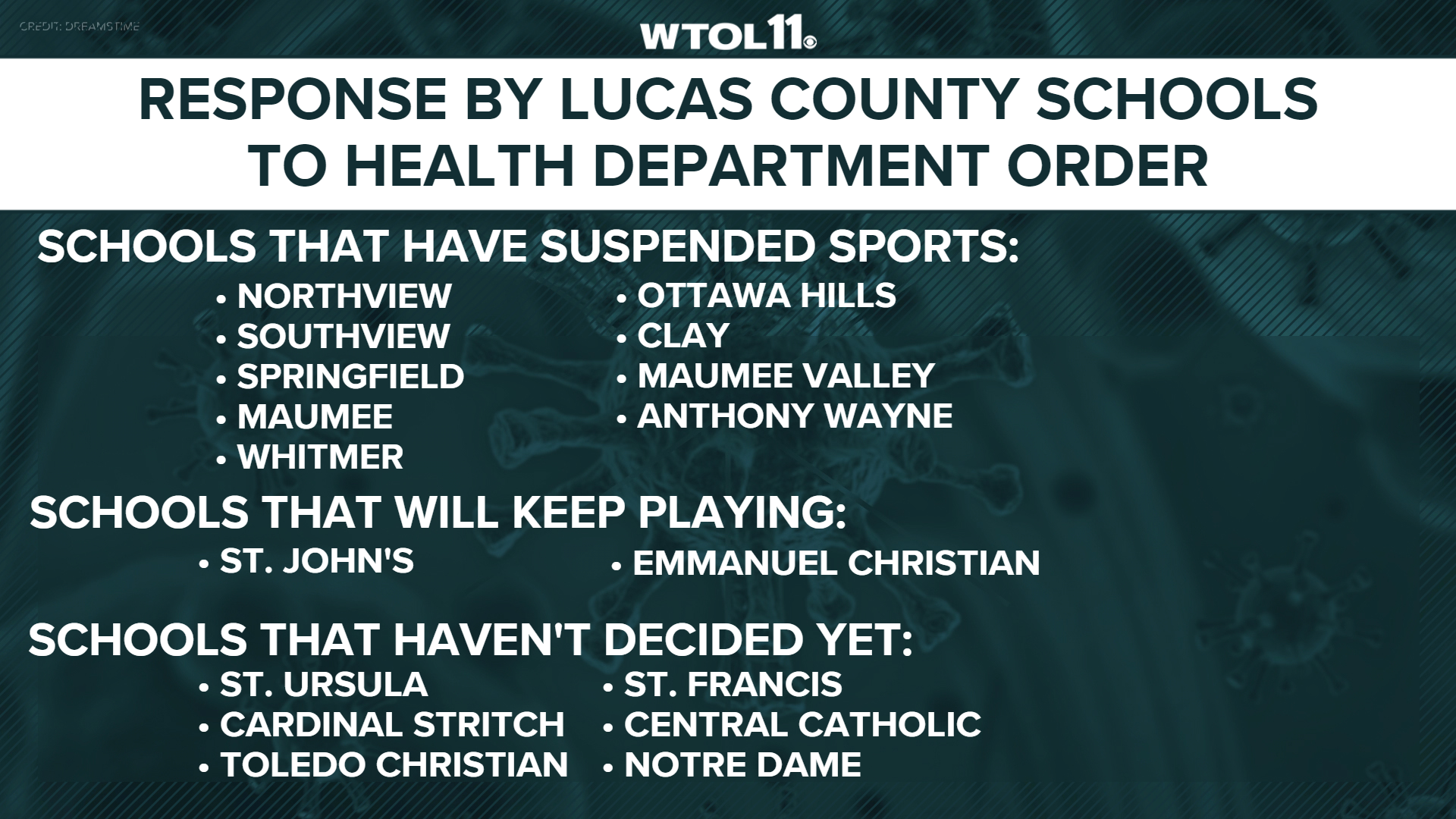 LUCAS COUNTY, Ohio — The Toledo-Lucas County Health Department doubled down on orders to temporarily suspend sports being played inside Lucas County until Jan. 11.

But there is one moment that had members of the community talking on social media after a board of health meeting the day before the mandate goes into effect.

Dr. Richard Munk is a board member and did not have his video turned on during the meeting. But when he was speaking, the background audio was from a pickleball game in Sylvania. This caused speculation from parents of student-athletes that Dr. Munk was personally playing sports, while calling for high school sports to be shut down.

WTOL confirmed with the Toledo-Lucas County Health Department that Dr. Munk was in Sylvania at a pickleball league, but was not actively playing during the meeting.

The health department added this was not in a school building and the order doesn’t begin until Friday, Dec. 4 at 4 p.m.

Many parents that WTOL talked to believed it was “hypocritical of Dr. Munk to be playing sports while actively trying to stop our kids from playing.”

WTOL reached out to the TLCHD to speak with Dr. Munk, but he was not made available for comment.

One other point the Health Department made to me is that this was not at a school building and the order isn’t in place until tomorrow.

Still, parents I’ve talked to are saying it’s hypocritical for the Doctor to be playing while telling kids they can’t.

The order to shut down sports was issued by the Toledo-Lucas County Health Department's Board of Health on Nov. 25. It forbids all sports practices and contests, as well as extracurricular activities, from taking place inside any school buildings beginning Friday, Dec. 4 at 4 p.m. and ending Monday, Jan 11. at 8 a.m. in an attempt to slow the spread of COVID-19.

However, some schools have already decided to continue play. Others remain undecided at this time.

Credit: Jordan Strack/WTOL
As of Dec. 3, the current status of Lucas County school districts on the Board of Health order mandating suspension of sports beginning Dec. 4.

St. John's Jesuit announced on Nov. 30 that they would continue play, with teams practicing at off-campus locations and participating in away events.

Titans swimming will continue to practice at UToledo and attend away meets, while hockey will practice and play home games at Tam-O-Shanter and away games as usual.

"Our plan is to stay open and keep practicing and playing based on the clause in the order that says “schools may open to hold religious educational classes or religious ceremonies.” Our teaching of God’s Word and a biblical worldview permeates everything we teach and do," said Upper School Principal Dave Regnier. Regnier is a former boys basketball head coach at Emmanuel Christian.

As of Dec. 3, the following schools have confirmed they will suspend sports in compliance with the health order:

The order was met with harsh criticism from many families, student-athletes and coaches in our area. On Thanksgiving morning, several protested the order by marching from Ottawa Hills High School to the home of the Board of Health Director.

A lawyer with the Ohio Christian Education Network, a network of private religious institutions facilitated by Citizens for Community Values with unnamed "member schools" in the community, sent a letter on behalf of the leaders of member schools to TLCHD Director Dr. Eric Zgodzinski, requesting the order to be rescinded or postponed before it goes into effect. The letter did not rule out taking the matter to court.

The mandate is still scheduled to begin Dec. 4.