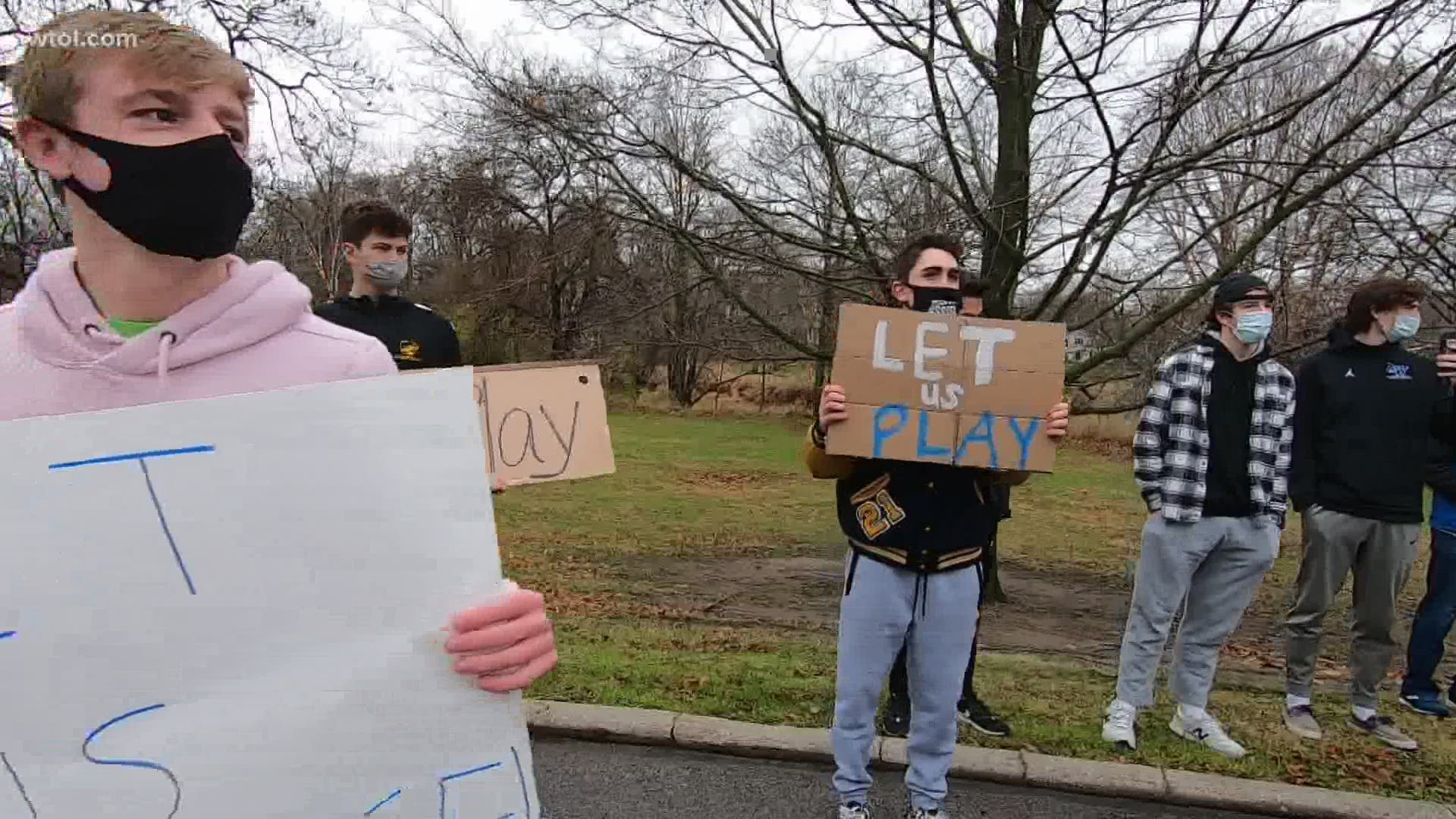 OTTAWA HILLS, Ohio — Wednesday's order to close school buildings and temporarily pause sports from the Toledo-Lucas County Health Department has frustrated some parents, coaches and student-athletes across the county.

The group spent part of their Thanksgiving morning voicing disappointment over those orders.

The protesters feel students are being punished despite doing everything the right way.

Parents say this order is penalizing those who have done everything they have been asked to keep sports going.

They marched from Ottawa Hills High School to the house of the Board of Health President Dr. Johnathon Ross, to voice their concerns.

Parents and coaches say leaving kids in school and their sports is a safer environment.

Dr. Ross acknowledged that spread in school and sports is minimal now, but could change based on COVID-19 in our community.

"Given the level of disease that's in our community, that our schools will soon become a point of transmission in the community. We could wait until it is or we could do something ahead of time," Ross said.

"We want a season, we want to play and it's just not fair that our schools are shut down and athletics are shutdown while we can't be in school," Hunt said.

She says the least local health officials could do is let sports have practice.

Ross said he understands the frustration parents, coaches and students have but reminded the group this was voted on as a precautionary measure to keep the community safe.

"The cases in the community have doubled in just two weeks. So if it gets in the schools, it's like a fire. We have to take action while we have the time to take action," Ross said.

The student-athletes want to bring awareness to how the board's decision will impact them. They say they've worked hard to have success with not spreading COVID-19 and want to be given the opportunity to play.

"Being safe is the number one thing for sure. But, showing that nothing has been spread through sports and that football and volleyball got to play... I think that, to be fair, we should at least give it a try and if something happens then we could shutdown" said senior Northview Basketball player Brendon Sharp.

The athletes also say practices and games give them structure, which they believe is needed during times like remote learning.

Ross said he will take a written statement from the group outside his house this morning and present it to the Board.