Joe Orians is learning to deal with his newfound fame after his basketball feat during morning rounds was caught on security camera and quickly went viral. 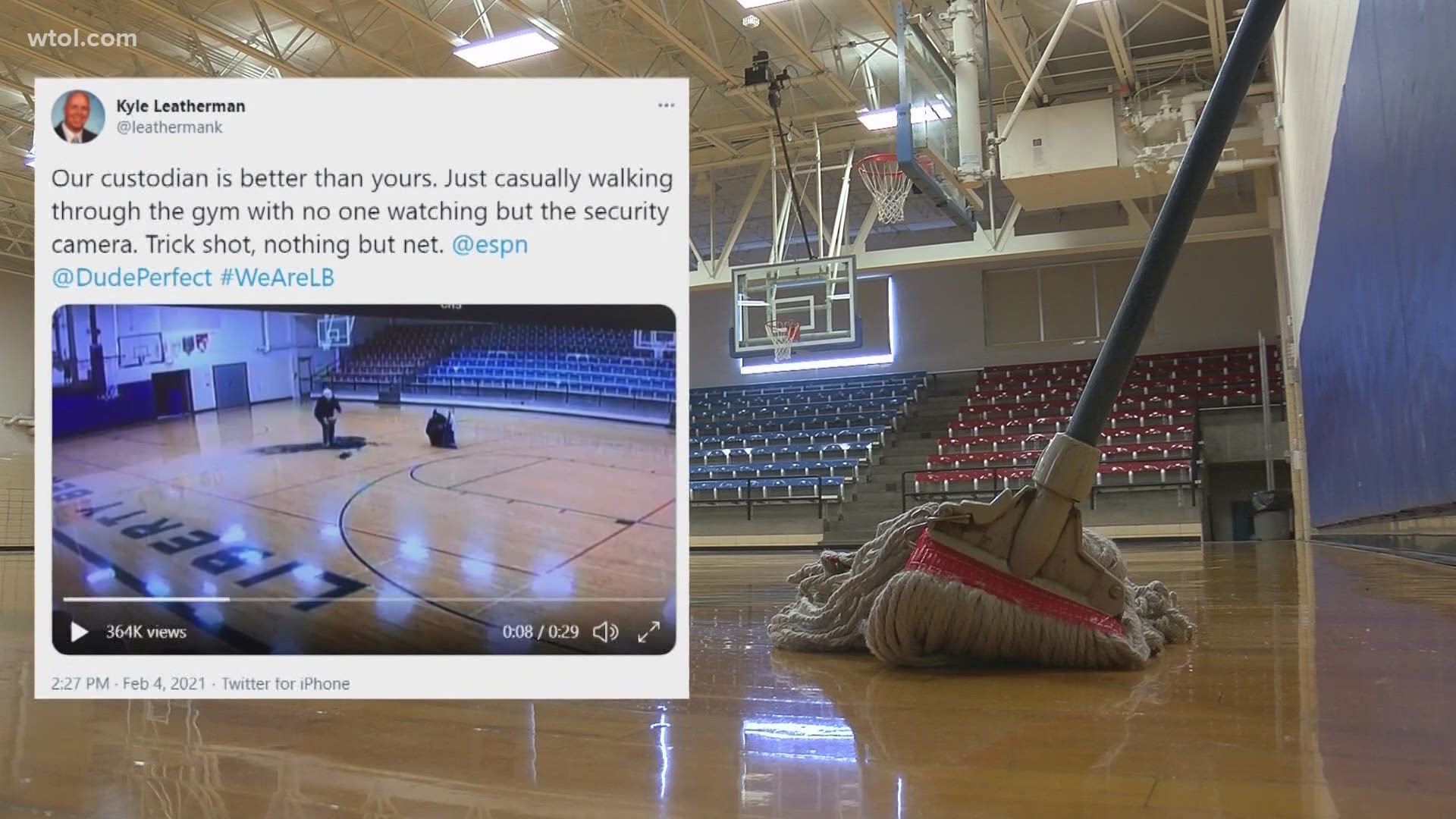 FINDLAY, Ohio — Never in a million years could you have planned a story like this.

Blink and you’d miss Liberty-Benton Middle School as you’re traveling down State Route 12 in Findlay. But inside that school is the latest viral sensation.

Joe Orians is the quiet, unassuming custodian that takes care of this building. Last Thursday, he was going about his normal morning routine when he paused for a quick moment in the gym.

“He was setting up for lunchtime and he told me that he made a half-court shot, just casually said he made a half-court shot,” said the middle school principal Kyle Leatherman. “Joe and I have a good working relationship and I was joking around and said ‘no you didn’t!’ I just kind of called him out on it. I said, I’m gonna go check the security cameras. He said ‘sure, go ahead!’ I went and checked the security cameras and sure enough, he made it.”

What Orians failed to mention to Leatherman is that his half-court shot came from behind the back and over his head.

“When I grew up, you played outside all the time and I wasn’t a really good basketball player, but I played a lot of H-O-R-S-E,” said Orians.

Leatherman posted the video on Twitter and it quickly took off.

Our custodian is better than yours. Just casually walking through the gym with no one watching but the security camera. Trick shot, nothing but net. @espn @DudePerfect #WeAreLB pic.twitter.com/uxkDKJhG8S

“I had to pretty much be explained how viral works,” said Orians. “It’s pretty amazing, people are having fun with it. The kids, you can see them smiling behind the masks, so that’s fun.”

Orians was hesitant about taking the credit for his new-found fame. But he knows just how much people needed a smile with everything going on in the world.

“My wife reminded me and I got an email that said ‘hey, you made me smile today when I saw your video.’ I thought, well if that’s what comes of it, I’m glad to be part of that, I guess," explained Orians.

As for replicating the shot, Orians is happy to retire with that being the last shot he takes... with the cameras rolling, at least.

“I’ll probably take the shot again, not for a while, but I’ll make sure I disable the security cameras," said Orians. "I don’t want anyone remembering me missing one.”