When the Mud Hens are on the road, Fifth Third Field is empty except for the press box where you'll find Jim Weber and Matt Melzak. 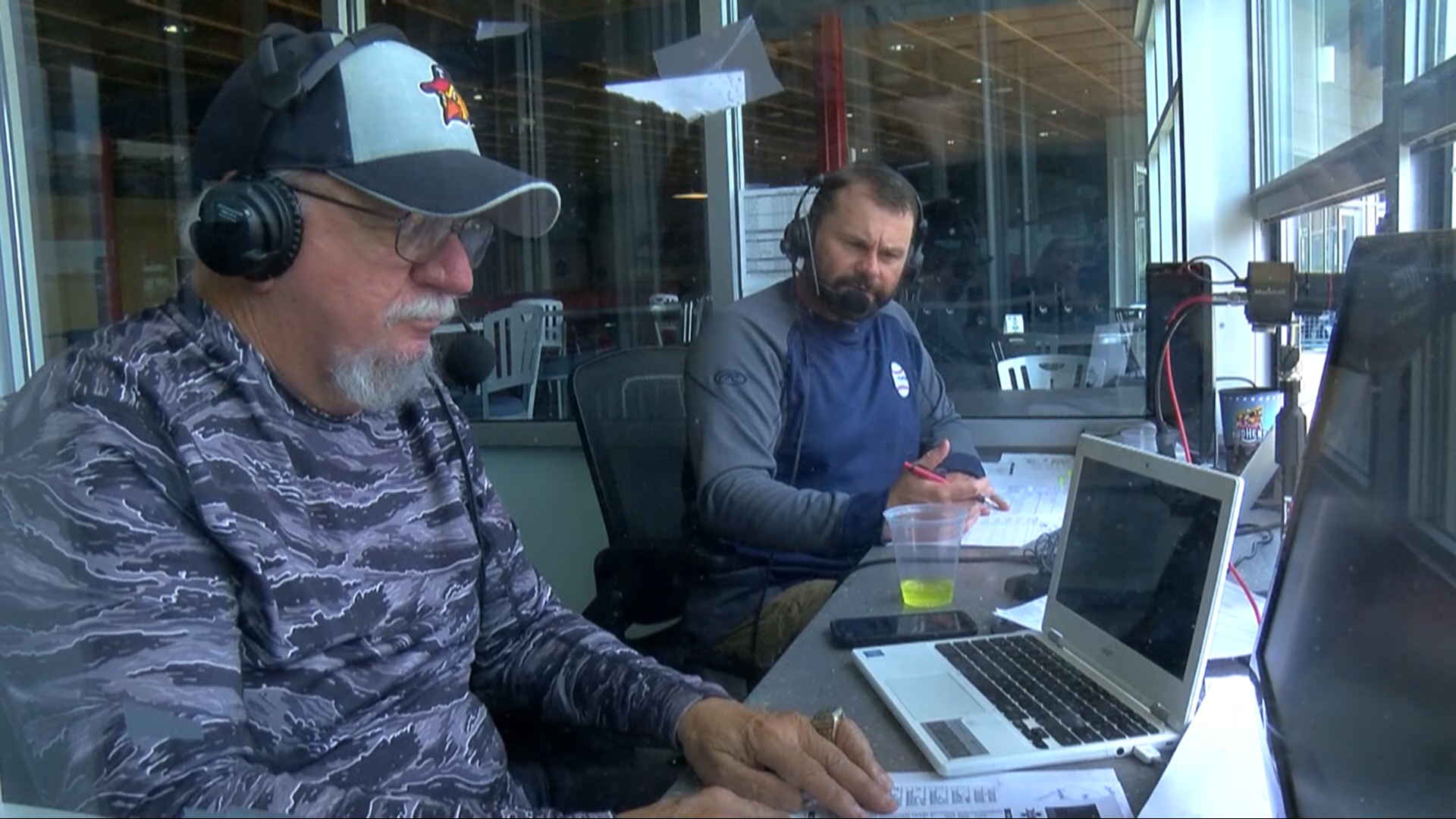 TOLEDO, Ohio — When the Mud Hens are on the road, Fifth Third Field is empty. No Hens in the dugout, no fans in the stands. But Jim Weber and Matt Melzak are up in the press box calling road games from home.

In seasons past, Weber would travel with the team. Now they call games off the TV. There are pros and cons, but baseball is still baseball.

"This is a challenge right here," said Weber. "Everything else we do, it's like riding a bike. You never forget how to do it, but this has been a challenge. It's been fun so far but we're knocking on wood every day."

"The game is still the game," said Melzak. "The preparation all remains the same. Jim and I are prepping the same way for a road game as we would a home game. Obviously, your pregame times are a lot longer at home and you're doing a little more work there, but for the most part, the actual game preparation is exactly the same."

Weber now in his 46th season with the Hens, bringing games to life on the radio and highlights jumping off the screen for fans.

Relying on one monitor has its challenges, but it's nothing these long-time broadcasters can't handle.

"We're at the mercy of the video coming from the other end because we missed a few calls that we didn't see," said Weber. "It's still kind of fun. It's something different. I don't mind not traveling for a year, and so far, it's been fun."

"If they show a fan making a great catch in the crowd, we're going to probably talk about it because they're giving us that insight to see it," said Melzak. "Every ballpark is going to be different, every video feed's going to be different and it'll be something we'll have to adjust basically every road trip over the course of the season."

It's a sign of the times, but both would rather be broadcasting from afar than not at all.

"To be able to broadcast a game from basically anywhere is something that, when I got started doing this in 2003, I thought, 'There's no way!'" said Melzak. "But sure enough, here we are and that speaks to how great technology is."

"As long as we're doing baseball, we're happy," said Weber. "Melzy (Melzak) and I, we're having a ball."