Holgate pitcher has stellar performance before game even starts

Holgate senior, Joey Kelly, played the national anthem on his saxophone before the team's game against Pandora-Gilboa at Fifth Third Field. 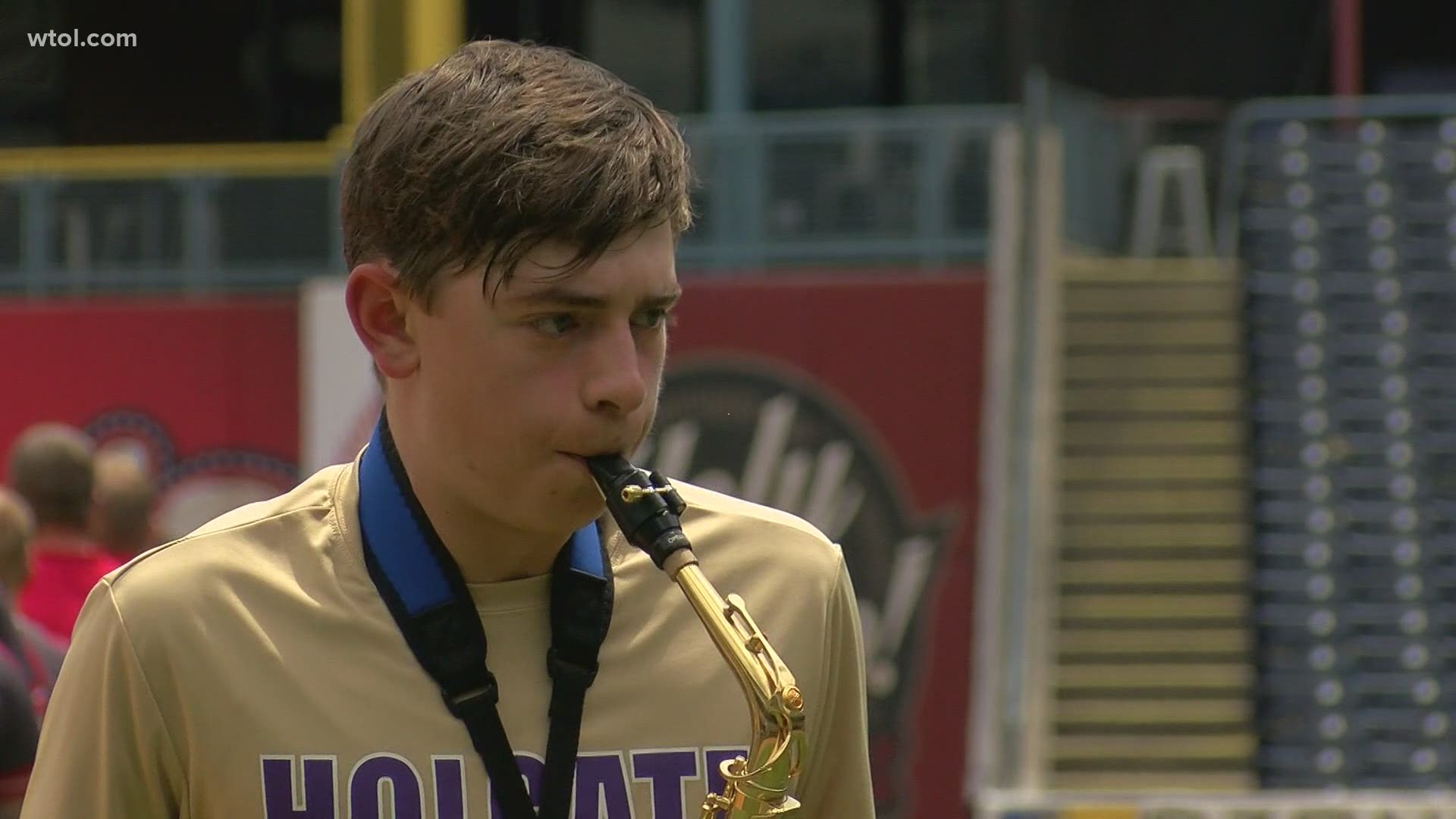 TOLEDO, Ohio — High school baseball teams got a cool opportunity to play inside Fifth Third Field over the weekend.

Holgate starting pitcher, Joey Kelly, had an extra reason to have nerves beyond throwing strikes in the game.

Before the teams took the field, Joey Kelly led the national anthem, playing it on his saxophone.

"Our head coach, Tim Kelly, asked me one day after practice if I wanted to play the anthem and immediately I said yes," said the senior. "It's a once-in-a-lifetime opportunity and I had to take it."

His pre-game performance was just as impressive as the one on the mound.

"It means everything. Just the emotions I felt when he asked me, I was just shocked at first. Then it really blew me away that he gave me the opportunity," said Kelly.

"Probably the anthem. Definitely," said Kelly. "I've only done that at home basketball games a couple of times. I've pitched for a long time."

The nerves don't seem to have affected his pitching, Holgate won the game 9-7 and Kelly was listed as the winning pitcher.