Serrato has 10 home runs, 47 RBI, and a .580 batting average. She also has the school record for hits in a season, batting average, doubles and put-outs. 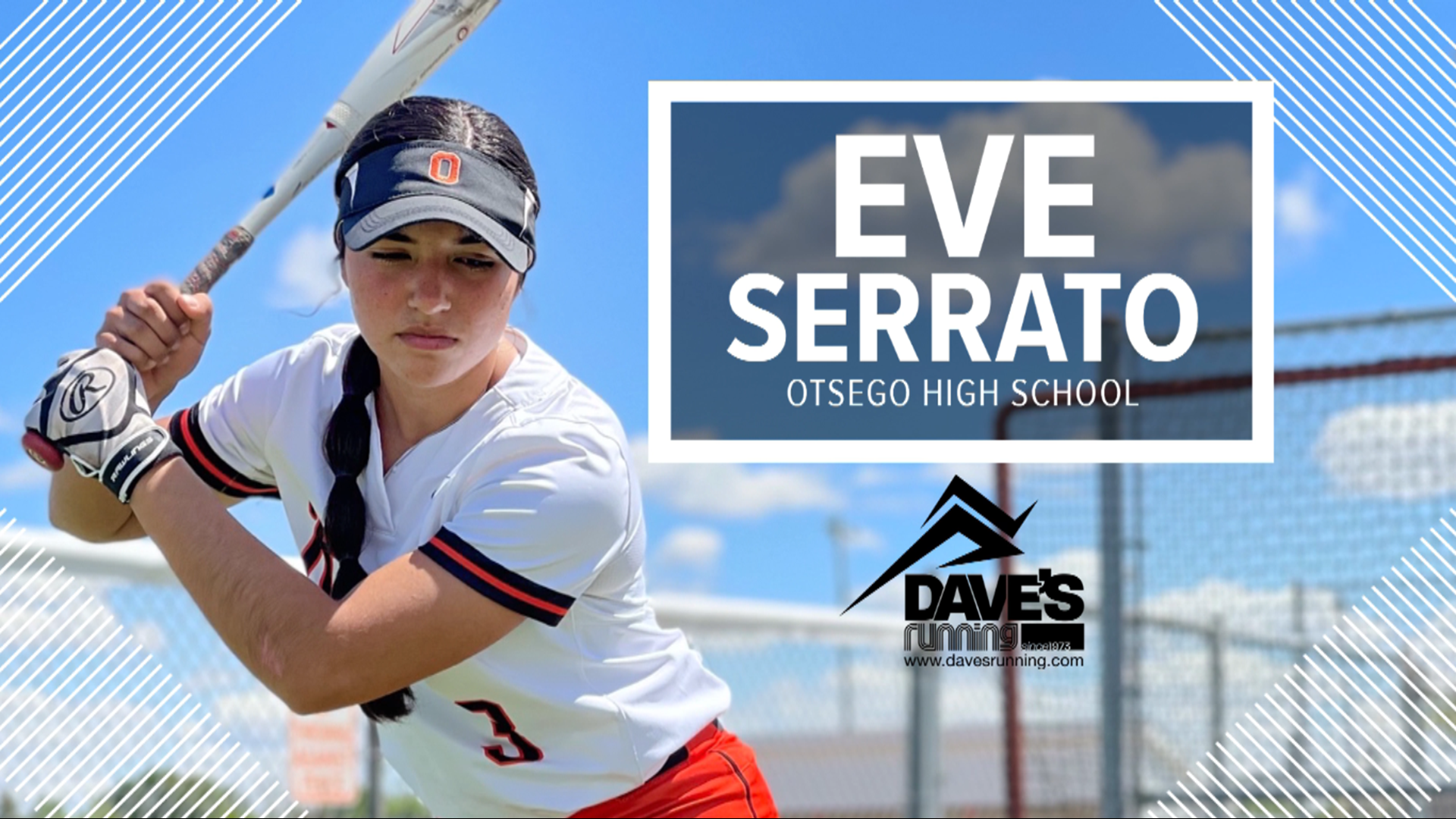 TONTOGANY, Ohio — Otsego softball marched through the Northern Buckeye Conference to win the league title, and a big reason why is their senior superstar Eve Serrato.

She's breaking just about every school record they have.

She provides the spark for the Knights as the leadoff bat but also gets it done defensively with her glove.

"Every game, even at the Eastwood game where I probably had my best game I've ever had, there was always something that I need to get better at," said Serrato. "There are players that are way better than me, but I just do what I can and I strive for greatness."

"Her success I think started at a young age," said Otsego softball head coach, Jason Colyer. "She was one of those players that wanted to play the game at the next level early on. She started when she was eight years old and played competitive softball since she was eight. We know that success is a product of her hard work."

"We're having a blast," said Serrato. "Our team is the closest we've ever been. We just have fun in the dugout, have fun in the field and it's shown how close we've been and I wouldn't wish for any other team."

Eve Serrato from Otsego High School is our Athlete of the Week.