The 53-year head coach for the Royals secured history-making win No. 1,316 against Hillsdale with a 15-0 victory. 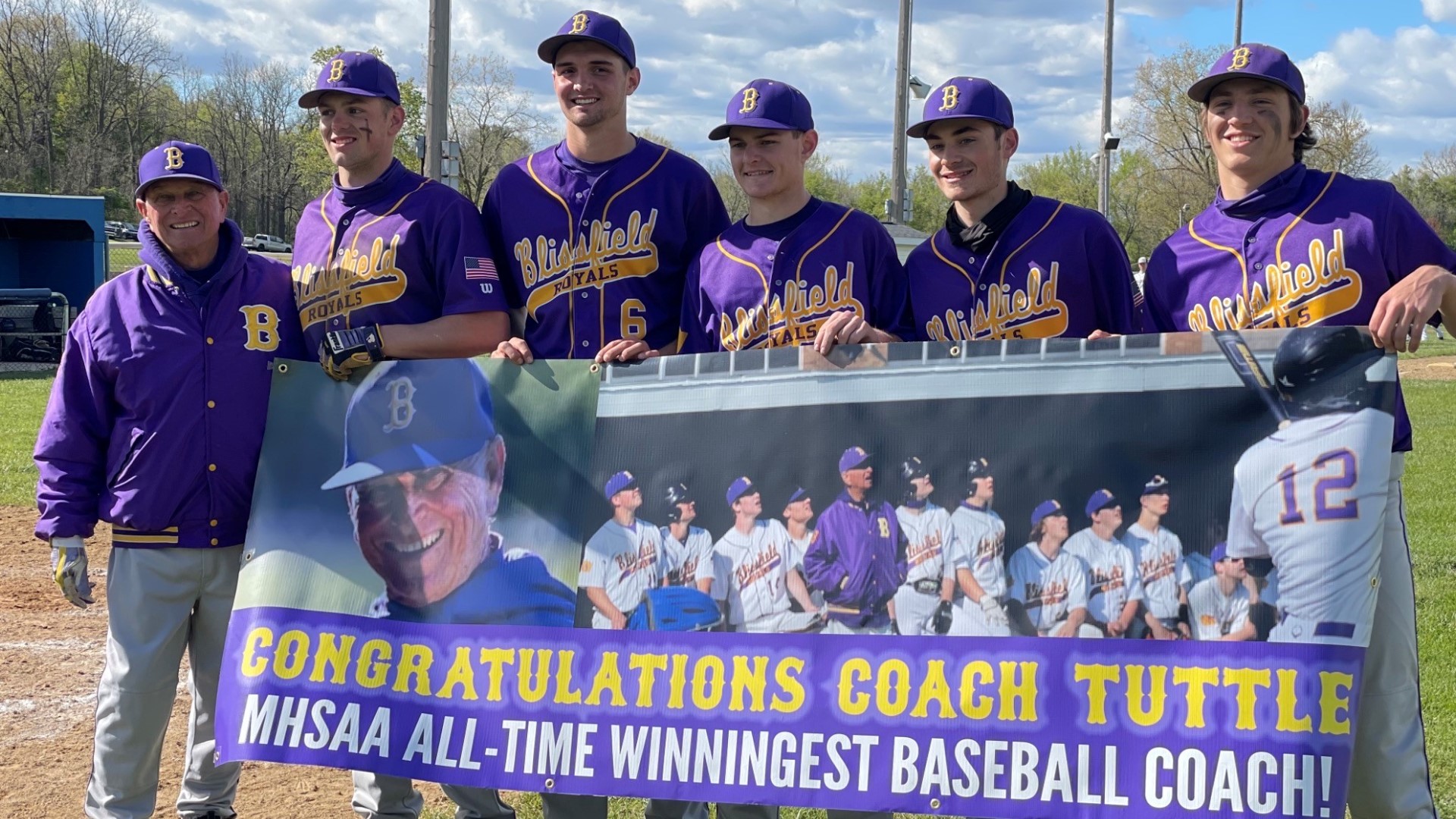 The 53-year head coach secured the history-making win with a 15-0 victory over Hillsdale on Tuesday.

"It's surreal," said Tuttle. "People have gone way above and beyond what I need because this is for the team. It's not for me."

Tuttle became the head coach of the Royals in 1968 and has been at the helm ever since. He also was inducted into the Michigan Baseball Hall of Fame in 2015.

This moment is over a half-century in the making. Players past and present made this moment possible and it was an honor for this senior class to help him break the record.

"He means a lot," said Blissfield senior Zack Horky. "When people think of Blissfield, baseball and Tuttle are the next words to come out of their mouth. So, he means a lot. He's a great coach."

"It's very special to have him around," said senior Gavin Ganun. "It's a once-in-a-lifetime thing to have a coach like this in your program."

Tuttle has seen a lot of baseball over the decades, but to him, it's about developing his players into great young men that he's most proud of.

"If we can work with young men and we see them improve as an athlete, as a ballplayer, but when you see what they do in life and you had a small part of that to help mold them and make them good citizens, that's what it's all about," said Tuttle.

The icing on the cake? The Royals won the second game of the doubleheader of Hillsdale, so Coach Tuttle now has 1,317 career wins.