Less than three weeks ago, Roder awoke from a nap in excruciating pain. After an emergency appendectomy, he made his return to the mound for the Generals. 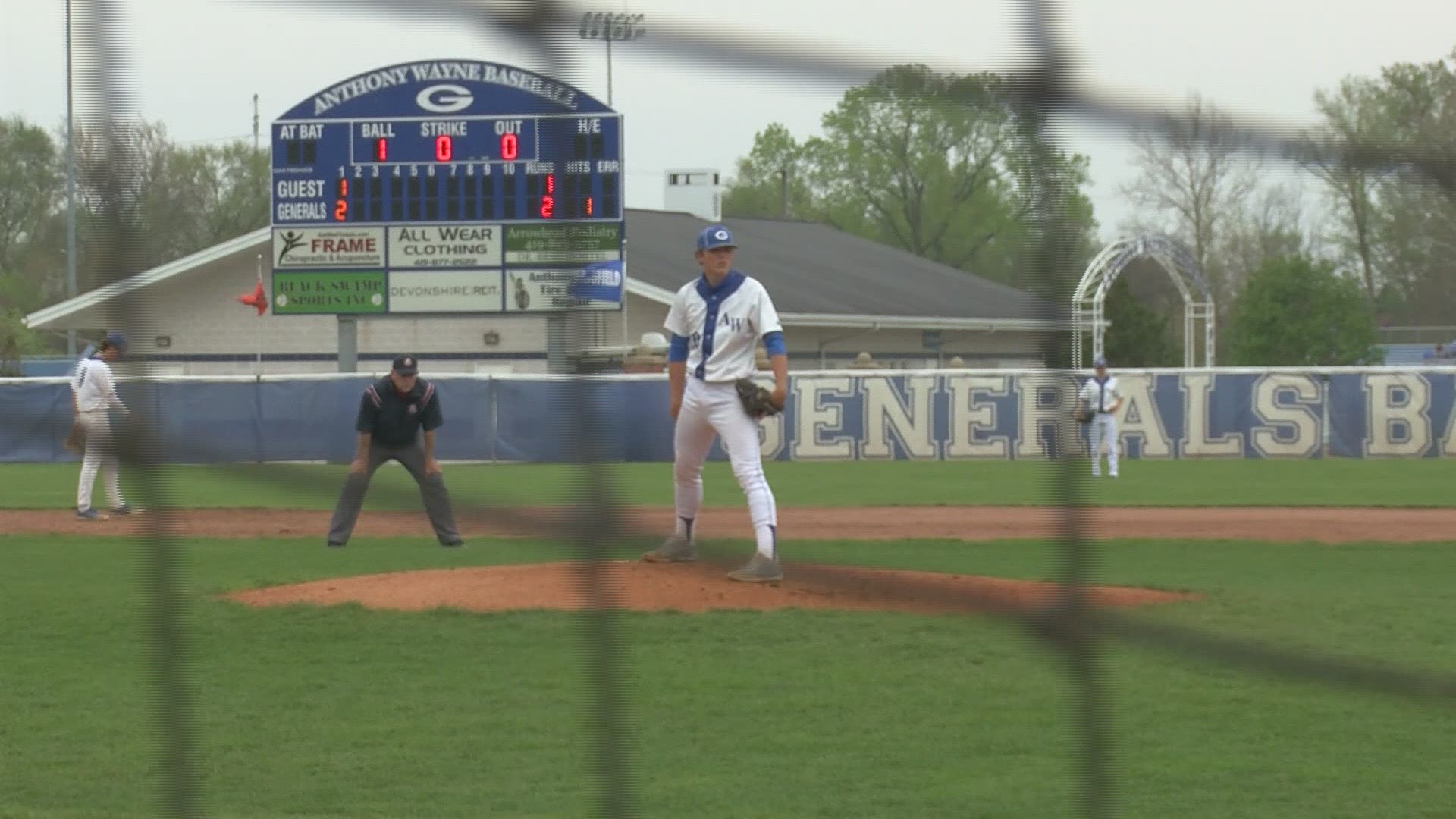 WHITEHOUSE, Ohio — Anthony Wayne baseball is absolutely rolling right now. They’re number two in Ohio. On top of that, they just got their ace back in uniform after being sidelined for three weeks, and for Ty Roder, he’s beyond thrilled to return to the hill.

Roder is one of the top pitchers in Ohio. He’s going to play his college baseball at Wright State. But just about three weeks ago, he woke up from a nap in excruciating pain.

"I just woke up and my stomach was killing me," said Roder. "I went to the hospital and then the next day they said I had to get my appendix taken out."

He had an appendectomy just two days before their huge showdown against Perrysburg. After not having a season last year, Roder was once again being told he’d be missing time on the diamond.

"I was just confused," said Roder. "I was fine all day and it just happened. It was so all of the sudden."

The frustration quickly turned to determination. Roder wasted almost no time getting back.

He rehabbed quickly and on Wednesday, he was back on the field. The numbers weren’t great. There were some nerves and some rust in his return, but he was just thrilled to get back and there was never a doubt that he’d find a way back on the hill.

"We got him throwing within probably a week-ish," said Anthony Wayne head coach Mark Nell. "Just playing catch and sitting on a bucket and just playing light catch and things like that. We threw him two full, solid bullpens in a simulated game before we decided to put him back out on the mound."

"It really was just being patient with time," said Roder. "I listened to my body. I wouldn't rush because I didn't want to take a step back in this process. Even though I didn't like the outcome of tonight, I loved being out there and being with my guys again. I loved it."