Aiden Green is a seated athlete at Anthony Wayne. In an amazing gesture of inclusion, the Generals had him join in a relay and raced right alongside his teammates. 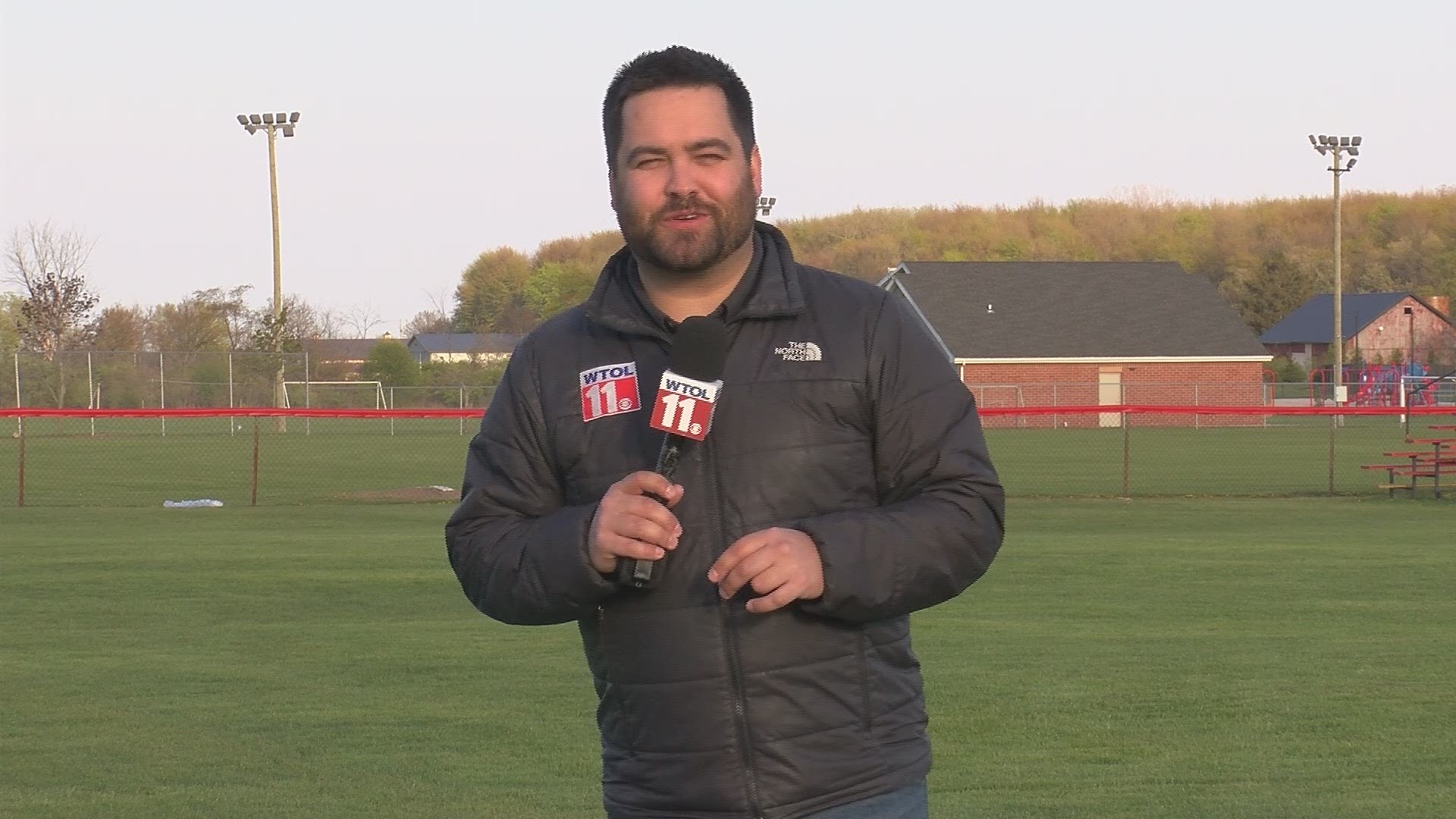 PEMBERVILLE, Ohio — We first introduced you to Aiden Green just a couple of years ago. He’s a seated athlete for Anthony Wayne.

He was born with arthrogryposis. He’s got limited use of his right leg and his left leg was amputated.

All he’s ever wanted was to be part of the team at Anthony Wayne. He’s raced in seated events for a couple of years now and he’s had a blast with that.

But tonight was different. Aiden’s coach approached him with an idea. He wanted him to join in a relay race with everyone else.

"It was really special being able to do something like this," said Green. "When I started three years ago, I never thought I'd be able to."

"It's a great feeling," said Tyler Bocian, a member of the Anthony Wayne Track & Field team. "He works just as hard as all the rest of us and seeing that he finally gets the recognition to wheel in a team event, it made everyone on the relay team especially happy to see it."

Aiden was right there with his teammates. Just another member of the team. Racing just like everyone else. It was all he’s ever wanted.

"It's a very cool thing knowing that they want me here," said Green. "It was a really cool thing to be able to be part of a team event, not just the track team, but actually be able to run a relay."

"It makes me feel good," said Bocian. "That's one of the moments that you'll probably never forget and just to see him out there going and beating the other people in our heat and placing fourth, it just made me feel good inside."

You can watch the full story from April 2019 with Aiden here:

Anthony Wayne HS Sophomore Aiden Green has overcome every obstacle life has thrown his way. He was born with arthrogryposis which left his legs twisted and caused him immense pain. Today, he's become a big part of the AW Track team. pic.twitter.com/CGghM6oESc