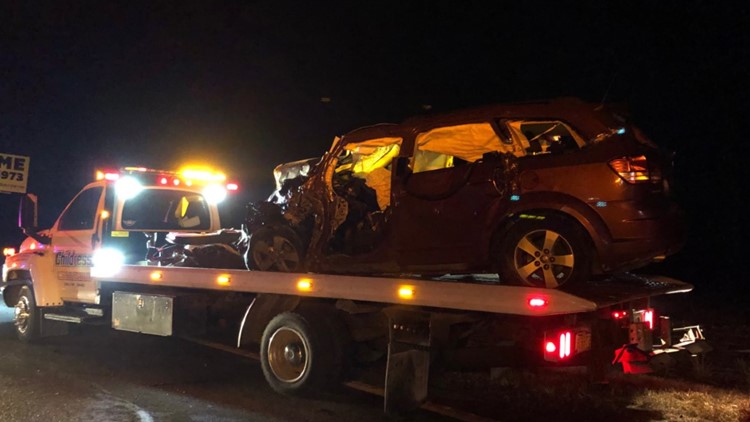 FULTON COUNTY, OHIO, Ohio — Three adults and one child were injured in a head-on crash on State Route 109 Friday night.

The incident occurred south of County Road L around 6:30 p.m. in Fulton County.

A truck driven by Briannah Jade Horner, 21, of LiSalle, MI was heading north on S.R. 109 while Corey Shaw, 34, of Hudson, MI was heading south on the same road. According to a press release, Horner drove left of center, and the two vehicles hit each other head on.

None of the injuries are considered life threatening.

State Route 109 was temporarily closed both ways from County Road L to Country Road K. However, it has since re-opened.

Impairment is believed to be a factor in this crash.

No charges have been filed at this time. The crash is still under investigation.