Activists say they want to see other officers involved in his death be arrested. 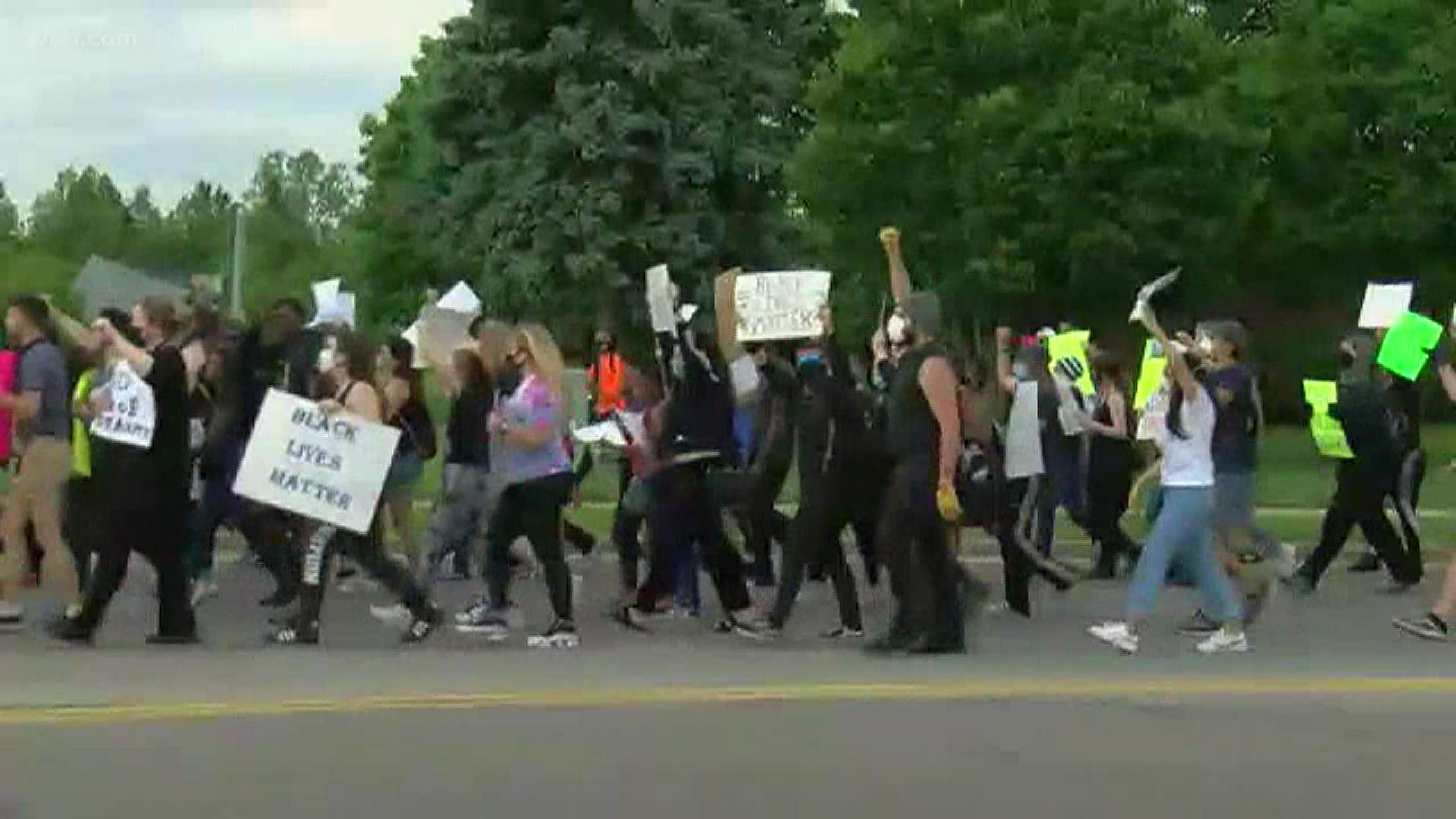 TOLEDO, Ohio — Dozens of protesters marched for the third straight day here in Toledo following the death of George Floyd.

The group says it wants justice and took its message straight to Toledo's top cop.

Activist Sir Maejor Page, the organizer of the rally, says he is calling for change.

"Toledo had an obligation to answer the demand and the call for justice," said Page.

He and a large group of at least a hundred protesters gathered outside a Dollar Tree on Reynolds Rd. to demand action.

"We just put a plan together to do a peaceful protest but also to be firm in our opposition on standing against racism and fighting for justice and stand against police brutality," said Page.

Abelino Ruiz, who also helped plan the demonstration, says protesters would like to see the other officers involved in Floyd's death also arrested.

Meanwhile, the activists say they'd like to sit down with Toledo's Mayor Wade Kapszukiewicz and Chief of Police George Kral.

They marched to Chief Kral's home during Monday's rally.

The chief came outside, walked with protesters and agreed to have an open dialogue.

"We're interested in having a meaningful conversation. Not a publicity stunt to say they met with us. We want policies changed. Some of those policies look like all police officers including our squad team wearing body camera footage," said Page.

As for when the protest will stop, Ruiz says it won't be anytime soon.

"We don't want to cause...and unrest but at the same time, if we're not marching and if we're not gathering then we lose that momentum," said Ruiz.