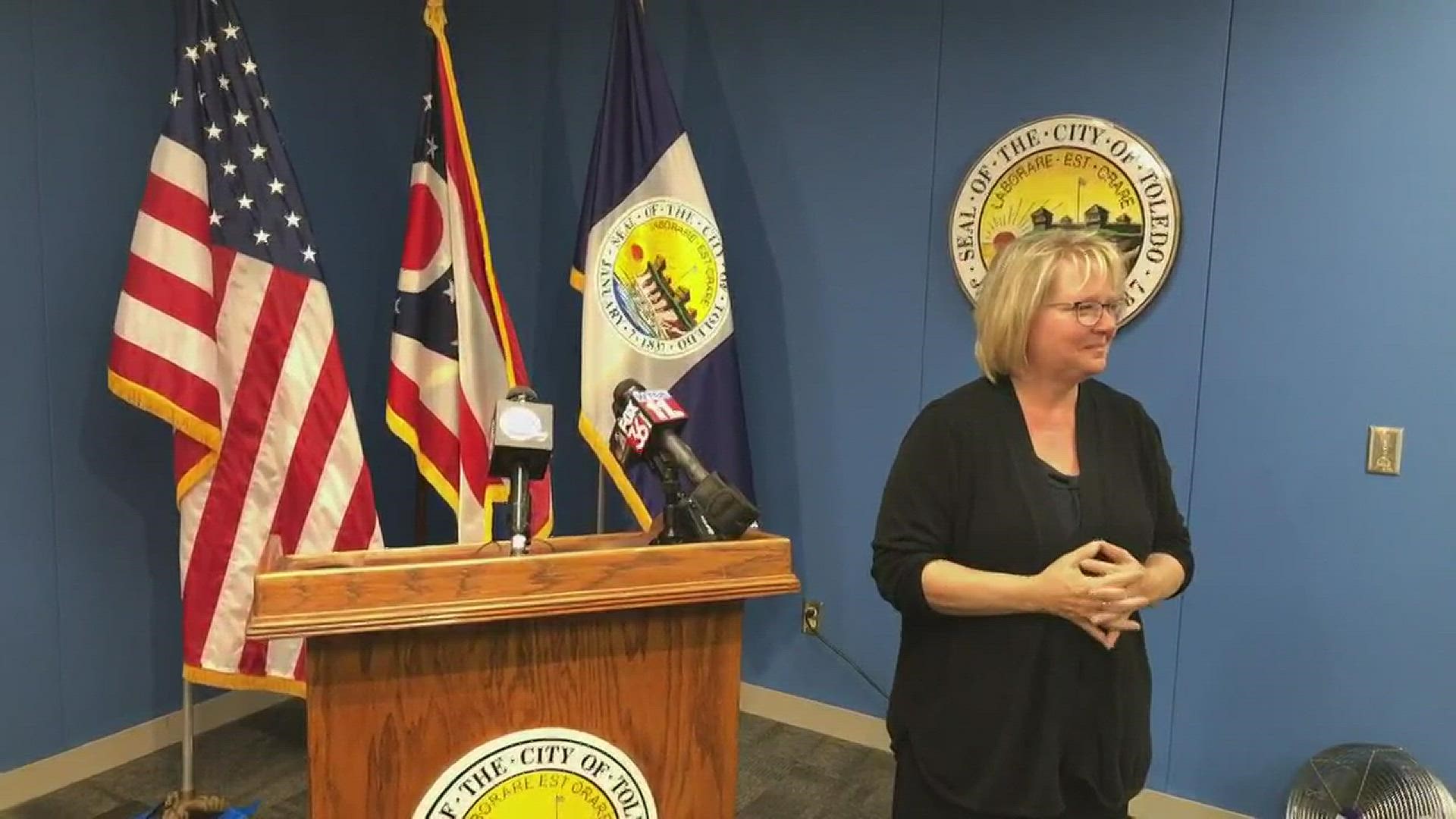 This particular protest was organized by local activist Sir Maejor Page, who said that he was glad Kral denounced the other officers. However, he said, the question is: what policies can be enacted locally to prevent something like the incident in Minneapolis from happening?

LIVE: Protest at Hill and Reynolds. Caution possible graphic language. Our Kristi Kopanis is on scene.

Kral, alongside Toledo Mayor Wade Kapszukiewicz, did address Toledoans on Monday afternoon in regard to Saturday's protest in downtown that turned violent.

While Kapszukiewicz said he believed Toledo did "pretty well"  in comparison to the level of violence seen in other areas, he said he received reports of police misconduct. He then asked citizens to help city leaders understand what unfolded, as tensions began to rise only an hour after the protest had begun.

If you have concerns from Saturday, send an e-mail to TPDconcerns@toledo.oh.gov. Residents can also go to the Engage Toledo app to share what they saw.

Additionally, a number of new measures were announced: