What Ohio troopers want you to know about Michigan's recreational sales

Ohio State Highway Patrol is warning Ohioans headed to Michigan to buy marijuana that recreational use remains illegal in the Buckeye state. 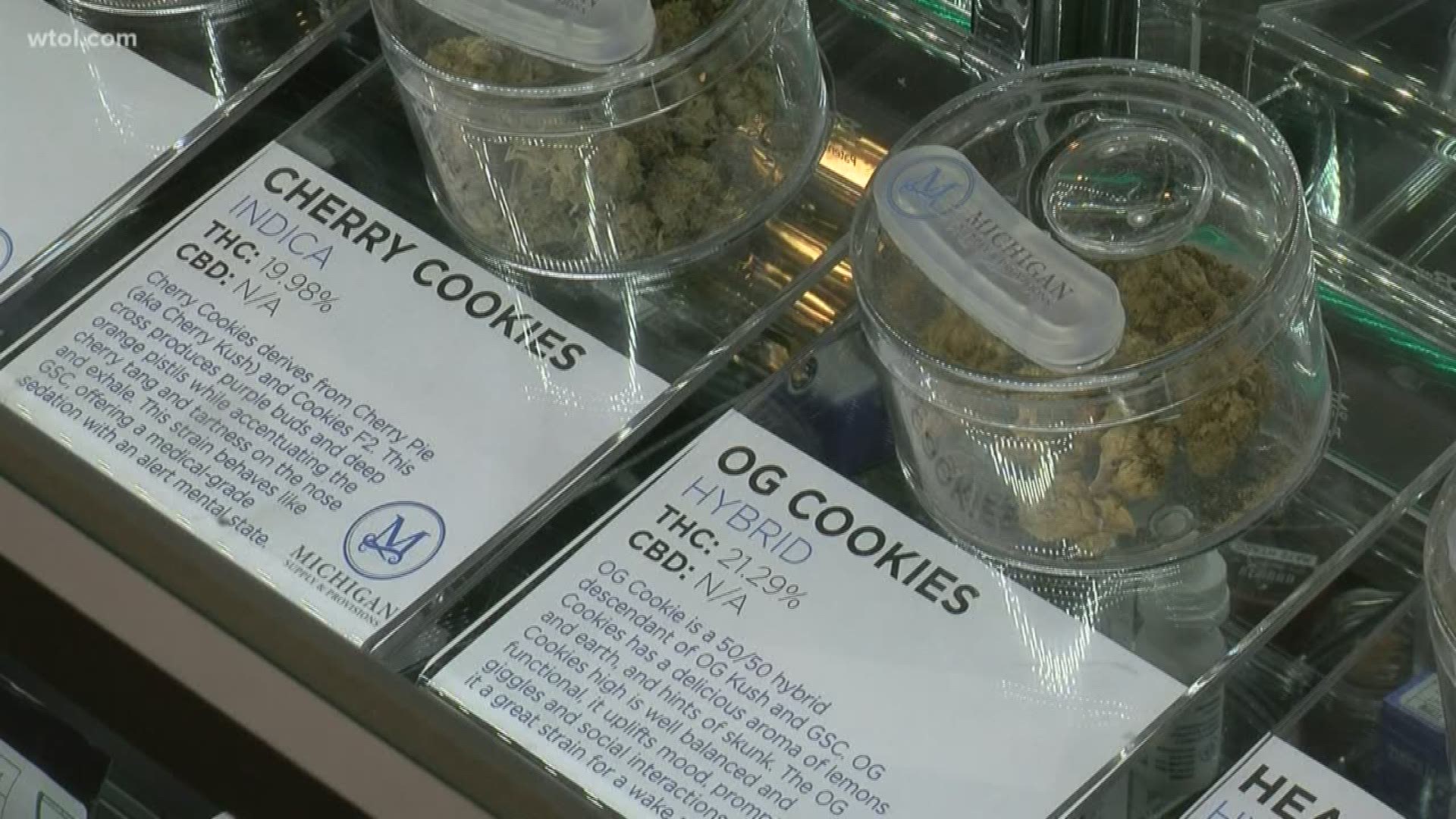 SWANTON, Ohio — As recreational marijuana in Michigan is rapidly leaving dispensaries' shelves, troopers south of the state border are warning Ohioans to learn the laws before heading out to buy pot.

Sales in Michigan started only a week ago and while business is booming, the issue is that Michiganders aren't the only ones buying the newly-legal product.

Marijuana might be fully legal for some states, but it remains illegal on the federal level, which means transportation of any marijuana products across state lines is a criminal offense.

Ohio State Highway Patrol Swanton post Sgt. Ivan Nunez said if you're stopped possessing less than 100 grams, it's a minor misdemeanor with a citation and fine. But if you're caught with more than 100 grams, the punishment ranges from a misdemeanor to a felony with fines and possible jail time.

Shops like Michigan Supply and Provisions in Morenci, Mich., are being proactive in warning its customers.

"Police are on patrol," shop general manager Coleman LaBarr said. "They're looking for people that are trying to transport across state lines. It's not safe."

"It's honestly a bad thing for the rest of us because you start transporting across state lines, they're going to start strengthening the rules," he added.

Nunez added the biggest concern on the road is driving impaired.

"There's people (that) would not want to transport back," he added. "So, they feel like they could consume it and then come back and obviously that would impair your judgment and impair your driving ability."

Illinois is set to begin selling recreational marijuana on Jan.1. But law enforcement wants everyone to know you cannot use any of these products when you know you will be driving.

"It is not ok to drive impaired by any means, whether that is drugs, marijuana or alcohol," Nunez said.

RELATED: Thousands line up for day one of recreational marijuana sales in Michigan