Three shops in Ann Arbor were ready to go as recreational marijuana is now legal in Michigan. 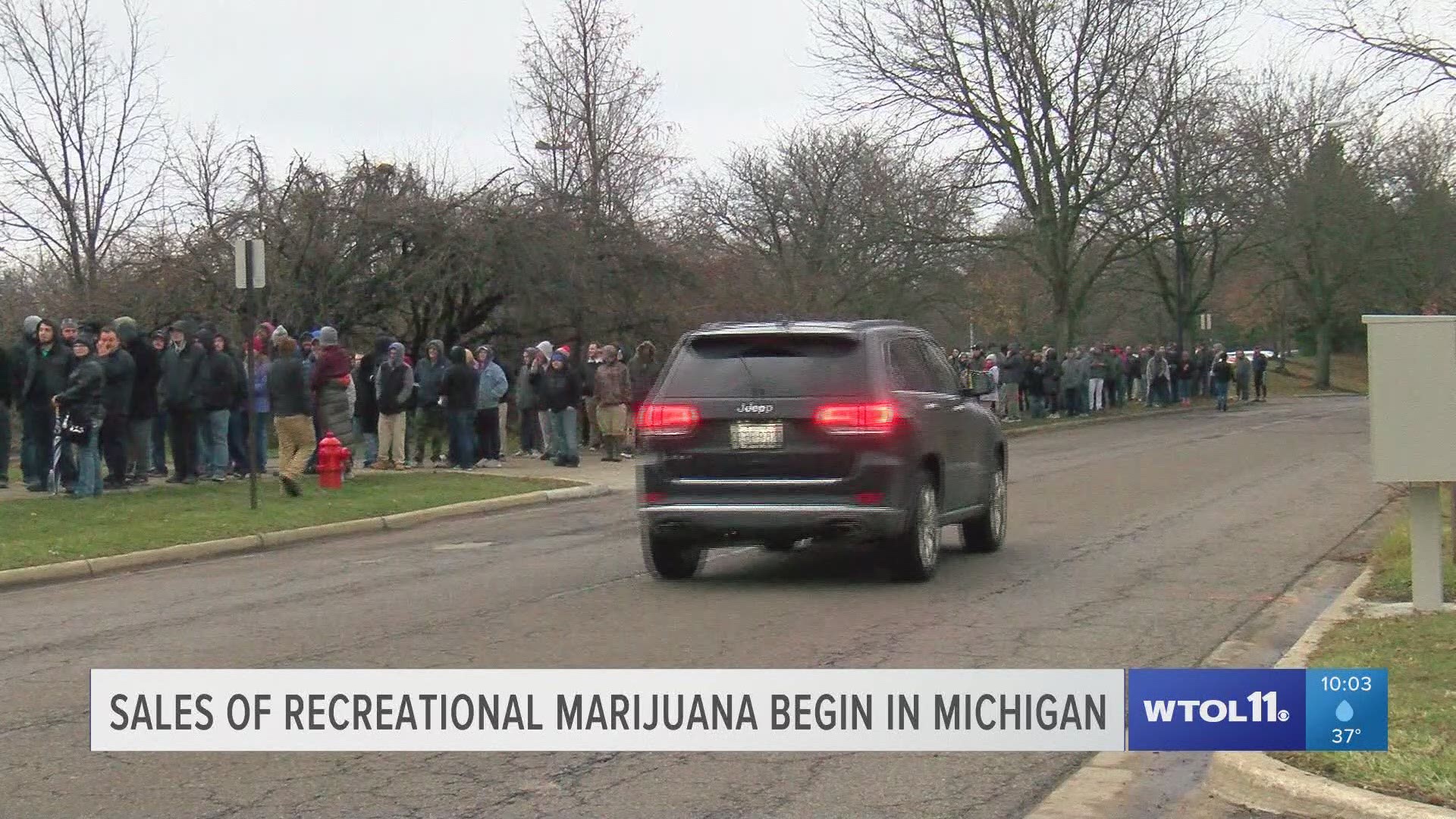 ANN ARBOR, Mich. — Just one day after all eyes were on Ann Arbor for the the biggest football game of the year, the city lit up for a different reason.

Recreational marijuana sales began in Michigan Sunday. The only three stores in the state ready to go on day one were in Ann Arbor.

Thousands lined up at shops in Ann Arbor as Michigan became the 10th state to allow sales of recreational cannibis. Anyone over the age of 21 with a valid state ID or driver's license can buy products.

The excitement was high with customers camping out overnight, or waiting hours to make a purchase.

"It was seven hours and it was worth it," customer Devin Burnison said.

Supporters believe this is another falling domino in a wave of momentum for federal legalization.

"It feels good to be here on the first day of somewhat of a movement," customer Kyle Lewandowski said.

"You know this really seems to help me in a recreational way dealing with anxiety," Burnison said, "and also as an athlete, so I think it's great for that and a health standpoint as well."

And industry workers say this move is also good for the state's economy.

"This has been a big job creator," Exclusive Brands general manager Nick Warra said, "so in the last year, we hired over a 100 people and we're anticipating that we're going to be hiring a lot more this upcoming year."

In January, Illinois will join Michigan as the 11th state to sell recreational weed.