9 months after his death, Ofc. Stalker's family and friends gather to celebrate a milestone in his life

"He's a true hero. You know, he gave his life for this city, so I'll always keep him alive," said Cosette Stalker, whose son Brandon was killed in the line of duty. 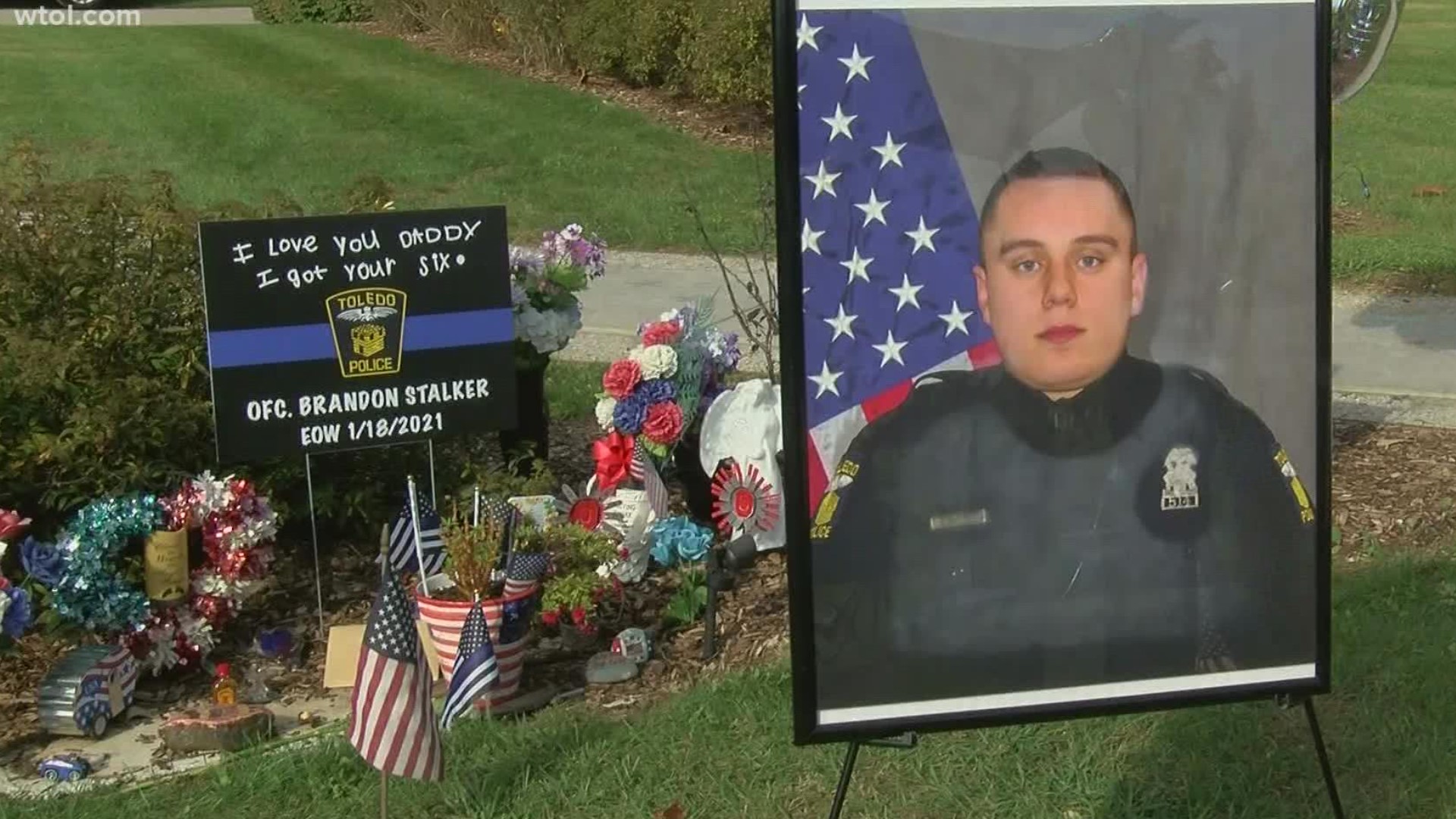 TOLEDO, Ohio — A family celebrated what would have been a milestone in the life of their loved one on Tuesday.

Oct. 12, 2021, is the 25th birthday of Ofc. Brandon Stalker, a Toledo police officer gunned down in the line of duty nine months ago.

Family and friends gathered at Toledo Memorial Park in Sylvania to share the special moments.

"I'm hanging in there. Taking it day by day. I have my moments and my days. But I gotta fight. I gotta do it for my grandkids," said Brandon's mother, Cosette Stalker.

Brandon was only 24 years old when he was killed in January.

Now on what would have been his 25th birthday, his mother Cosette wants to celebrate his life and never forget what he did to protect others.

"He's a true hero," Cosette said. "You know, he gave his life for this city. So I'll always keep him alive. And any other officer, I'll always keep them alive. Because they did. They walk into the line of fire and everybody else is running out, and they protect us."

Brandon leaves behind a fiancée and two children.

Cosette says the focus now is on their well-being and their future, and on all the other officers who risk their lives daily so our communities can be safe.

"It's amazing to see what they do for everybody. People don't hear that, but they do. And they have families too, and they have to go home too," Cosette said. "They're normal people like us."

Cosette says she also regularly reaches out to Toledo police officers while they're on duty and tells them to be safe.

She's working on a vigil for the one-year anniversary of his death.

9 months after his death, Ofc. Stalker's family and friends gather to celebrate a milestone in his life