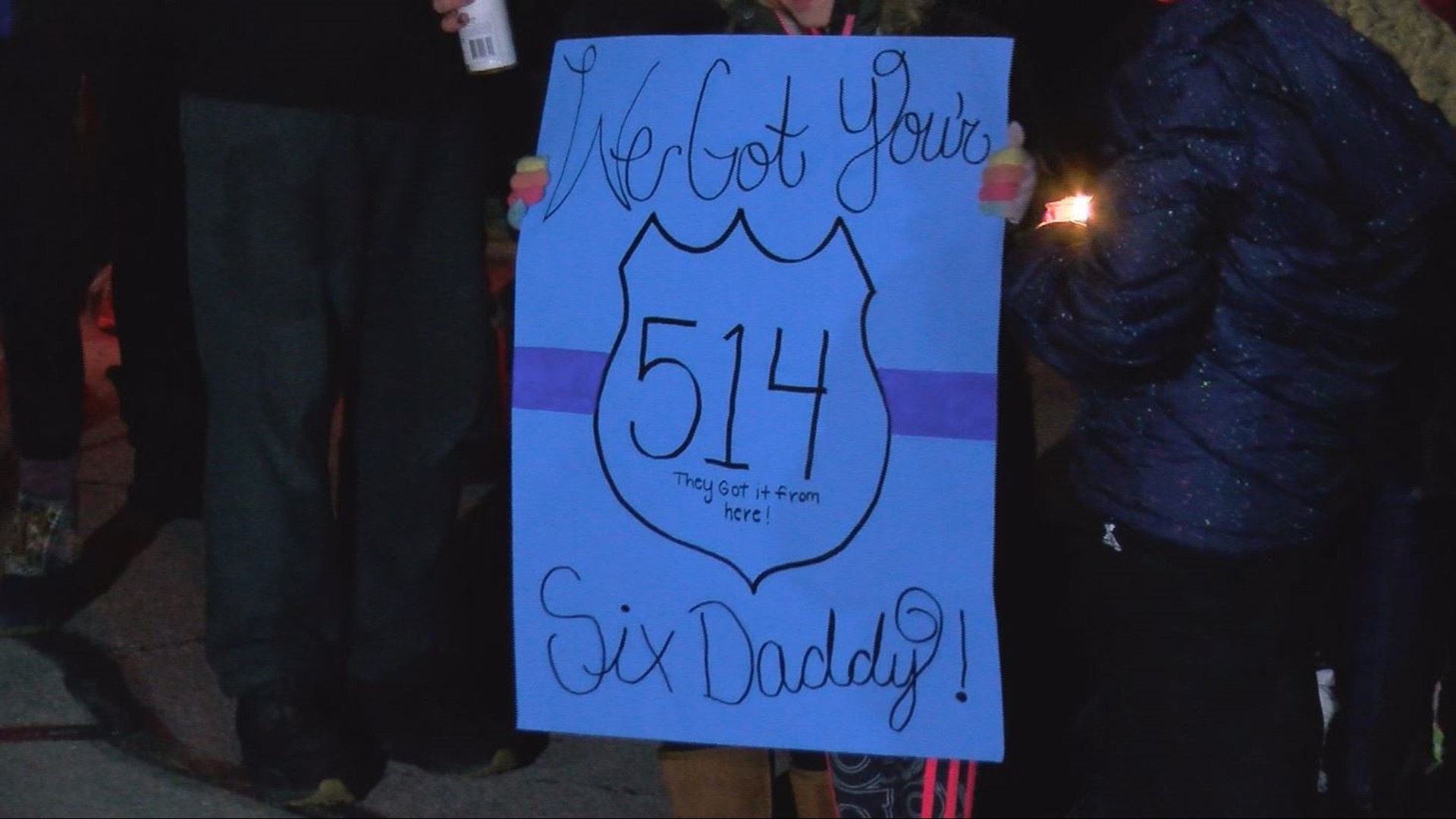 TOLEDO, Ohio — Brandon Stalker is being remembered not only as an officer, but as a man who aimed to serve in as many ways as he could.

At a candlelight vigil held Tuesday night, friends said he was a beloved member of the community.

"I lost my only son," Stalker's mother said, surrounded by more than 100 community members who shared in her pain. "My son did his job and that's what he loved doing."

As light turned to dark on Tuesday, dozens gathered at Stalker's alma mater, Whitmer High School, to remember the 2015 graduate who was shot and killed during an armed standoff on Monday.

"He was unselfish, incredibly hard working, cared about other people and the best way I can describe him to you is that no job was too big or too small," said Brad Densmore, Stalker's high school baseball coach. "He didn't care. He'd be the first one to grab a bucket of balls or do whatever was needed."

Before putting on a badge, Stalker put on Panther pinstripes, playing as an infielder for Whitmer's baseball team. He'd eventually become an assistant coach.

"I can't express enough sympathy or condolences," Densmore said. "He had young kids, a fiancé and his mother, who I've known for years, works here."

"Just pray for us. We're gonna try and get through this," Stalker's mom said.

Along with several fundraisers going on right now to benefit Stalker's family, there are more events expected this week leading up to a rally in downtown Toledo this Saturday in support of the Toledo Police Department.