The home’s chimney is 9 inches by 13 inches - small but not too small for a teen who weighed about 100 pounds to squeeze into, the expert said. 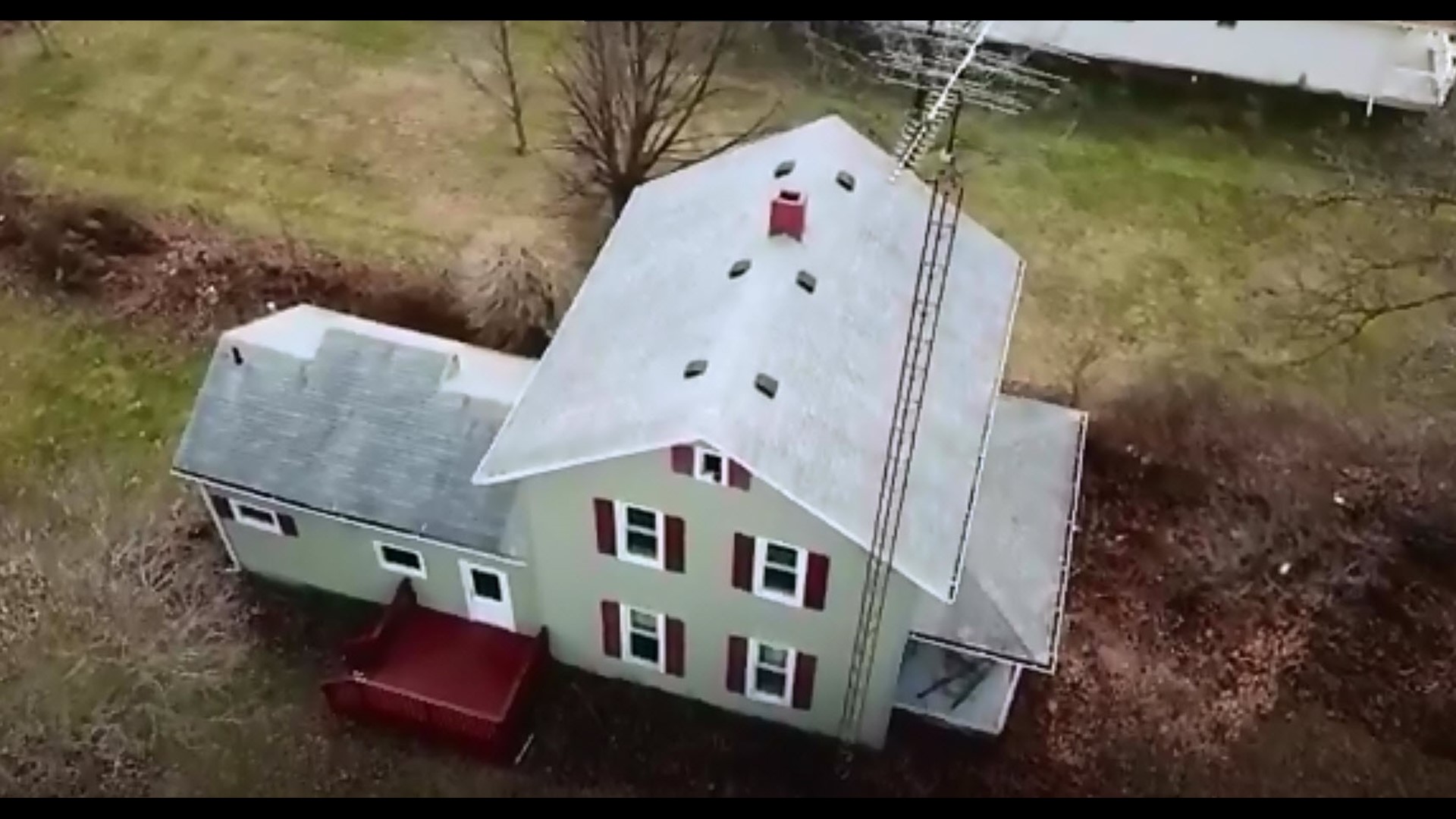 PORT CLINTON, Ohio — While the noon news conference by Port Clinton Police Chief Rob Hickman answered many questions Tuesday, many readers and viewers have asked the same question: How were Harley Dilly’s glasses and coat found on the floor on the second level of the home?

A local chimney expert agreed to talk to us anonymously about chimney design in order to shed light on the situation. Not knowing the exact layout of the house's chimney, or if there was even a fireplace opening, at 507 Fulton St., he agreed to talk in general terms.

The home on Fulton Street in Port Clinton was built in 1850, according to property records. According to police, there is a flue on the second floor. Police said that Harley climbed an antenna tower on the side of the home to access the roof. Once on the roof, he made his way to the chimney - near the center of the roof.

RELATED: VERIFY | Answering your questions regarding Harley Dilly, police search near his home

The home’s chimney is 9 inches by 13 inches, small but not too small for a teen who weighed about 100 pounds to squeeze into.

According to the expert, looking into the opening, the smoke shelf can be seen and that would appear to be the bottom of the chimney. However, the opening then takes a sharp twist.

The flue, which could be angled in the open position, is located there. If the glasses and coat were dropped, they would be deflected onto the floor. Besides the chimney opening twisting at that site, it also narrows to roughly six inches, making it impossible for anyone of any size to squeeze through that area.