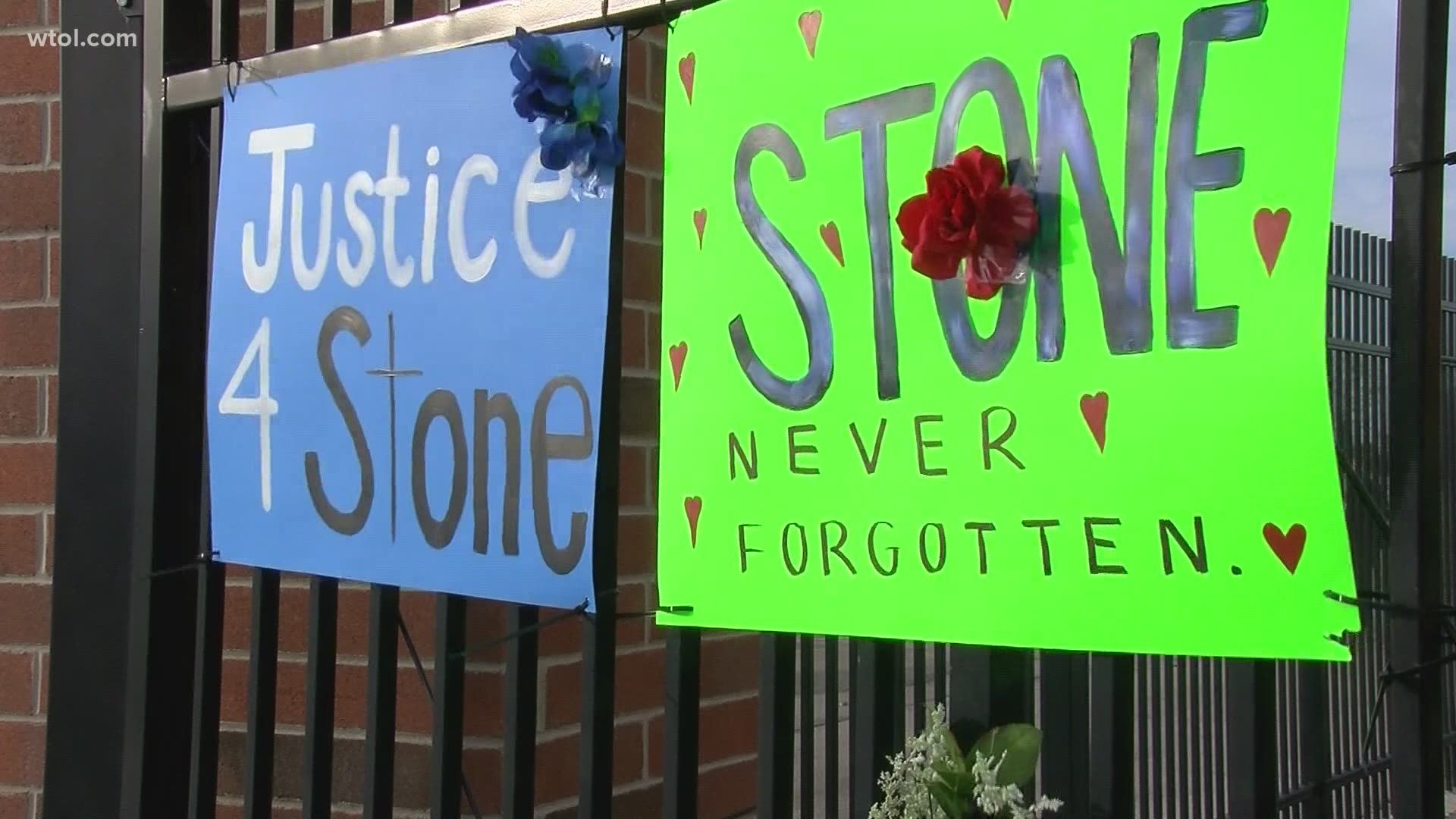 BOWLING GREEN, Ohio — Bowling Green State University on Friday released more details of the fallout from the alcohol-fueled hazing incident that took the life of 20-year-old sophomore Stone Foltz in March and the conduct report into the Pi Kappa Alpha fraternity members.

The university said it permanently expelled three students and suspended 17 students from BGSU for terms that range from three to eight years. One more student received a deferred suspension, for a total of 21 students disciplined.

None of the students' names were released.

BGSU issued the following statement regarding the individual student conduct cases involving the former Pi Kappa Alpha Fraternity, along with the release of the University’s anti-hazing report:

“At the beginning of the investigation into the incidents involving the tragic death of student Stone Foltz, BGSU committed to a fair, thorough and accountable disciplinary process. Today, the University has concluded that process. All 21 students charged were found responsible for a total of 83 violations of the  BGSU Code of Student Conduct, including hazing, harm to and endangering others and furnishing alcohol.

"These resolutions are representative of a range of involvement in and responsibility for the events on March 4, 2021.

"In addition, BGSU releases its report from the Presidential Working Group on Anti-Hazing, which was appointed by BGSU President Rodney K. Rogers.

"The report outlines a comprehensive and strategic framework to enhance our efforts to combat hazing, including a zero-tolerance policy and reinforced partnerships with law enforcement. It integrates independent recommendations from DYAD Strategies and is aligned with the Inter-University Council of Ohio’s Anti-Hazing Principles, which BGSU developed and co-led, and the recently-passed Collin’s Law.

"Our work to strengthen the health and safety of our community – and our promise to Stone – continues. This report will serve as our path forward in this critical effort. BGSU will continue to take all necessary measures to eradicate hazing, and we will work with our peers, the Foltz family and anyone who shares in that mission.”

The report can be viewed here.

“The Pi Kappa Alpha hazing ritual that took Stone Foltz’s life last March has far-reaching consequences for its participants, as it should. Bowling Green State University found all 21 students charged with Student Code of Conduct violations to be responsible for their actions. Accountability and consequences are important steps in eradicating hazing culture on college campuses, but more needs to be done. The only solution is to institute zero-tolerance policies that prevent hazing — organized abuse — from ever occurring. No other student should face humiliation, injury, or death.”

Also on Friday, three PIKE fraternity members were to have court appearances on charges in Foltz' death. Niall Sweeney, of Erie, Pennsylvania, was scheduled to be in court at 9 a.m., followed by Jarrett Prizel, 19, of Olean, New York, at 10 a.m. and Canyon Caldwell, 21, of Dublin, at 2 p.m.

The three are charged along with Jacob Krinn, 20, of Foltz's hometown of Delaware; Daylen Dunson, 20; Troy Henricksen, 23, of Grove City; and Aaron Lehane, 21, of Loveland. The seven are facing charges ranging from first-degree felony manslaughter to reckless homicide and hazing. All seven men pleaded not guilty to all charges in May and were released on personal bond.

1 / 10
WTOL 11
Aaron Lehane, 21, of Loveland pleads not guilty May 19 to all charges against him in the hazing death of BGSU student Stone Foltz.

Conditions of bond were the same for all defendants:

Defendants are also barred from BGSU's campus and must wear an alcohol monitoring device.

It was revealed Lehane and Sweeney live at the same address. The judge said they must make arrangements to live separately in accordance with bond terms.

In March, Stone Foltz, 20, was at a Pi Kappa Alpha, or PIKE, new member initiation, where new members, known as "littles" and who were almost all under age, received "bigs" or mentors, who allegedly gave their littles high alcohol content liquor and instructed them to drink the whole bottle.

Foltz allegedly drank all or nearly all of the bottle given to him before he was dropped off at his apartment. Foltz was found by his roommate and other friends, who called 911.

The roommate performed CPR until EMS arrived. Foltz was taken to the Wood County Hospital and later to Toledo Hospital, where he died on March 7.

The coroner said Foltz died of fatal ethanol intoxication. His blood alcohol content, or BAC, was 0.394, according to the family, who said it was likely even higher immediately after the alleged hazing ritual.

These principles are in addition to Senate Bill 126, commonly known as Collin's Law, which was signed into law by the governor at the beginning of July.

RELATED: 'It was an absolute win for us': Foltz family’s fight for zero-tolerance on hazing

The university presidents, IUC, and the Foltz family came together to create a policy with zero tolerance at the heart of ensuring no other college student dies or is a victim of hazing again.

There are eight principles in the zero-tolerance initiative, which aims to educate people on hazing, discipline acts of hazing, and change the culture of hazing.

Getting rid of hazing and its culture on college campuses is something Stone's parents, Cory and Shari Foltz, have been pushing for since their son's death.

"When Stone was in that hospital bed we made a promise to him that we would do everything we possibly could to prevent this from happening to another family or kid," Shari said. "I don't want to see it happen again and it's such an unnecessary act that can be prevented. That's a promise that we made and we're going to keep fighting."