Auto thefts in Toledo on the rise, following a nationwide trend

Auto thefts are on the rise across the country, including in Ohio and here in Toledo. They account for over $6 billion in losses each year. 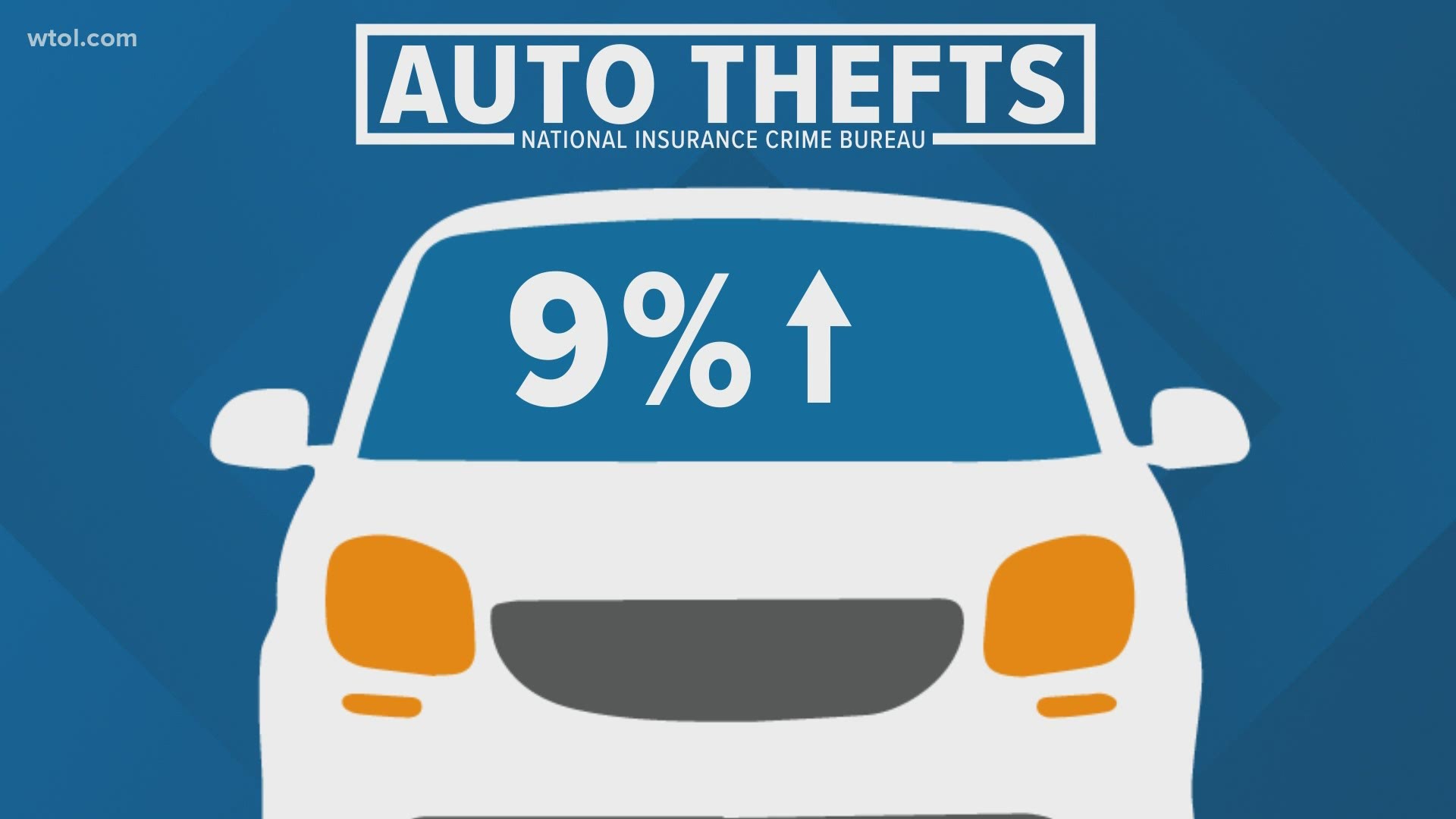 Auto thefts are on the rise across the country, including in Ohio and here in Toledo.

We're not alone. David Glawe from the National Insurance Crime Bureau says there's been a 13% increase nationwide in auto thefts since the pandemic began last year, with 38 states seeing increases over the previous year.

"We've got disenfranchised youth and just general frustration in society and worldwide; so it's a perfect storm for crime increase and automobiles are parked stationary and a perfect target in neighborhoods."

Those thefts account for over $6 billion in losses each year.

Toledo is ranked 121st for auto thefts by buyautoinsurance.com, with Ford and Chevy trucks and Hondas the number one target for thieves in the state.

One thing of interest is there's been no motorcycle thefts reported so far in 2021. Last year there were 8 by the end of March.

You can protect yourself from car theft by remembering to lock your car and park in a well-lit area if possible. And of course if you see something, say something - report any suspicious activity in your neighborhood to police and stop thieves before they can steal your car.