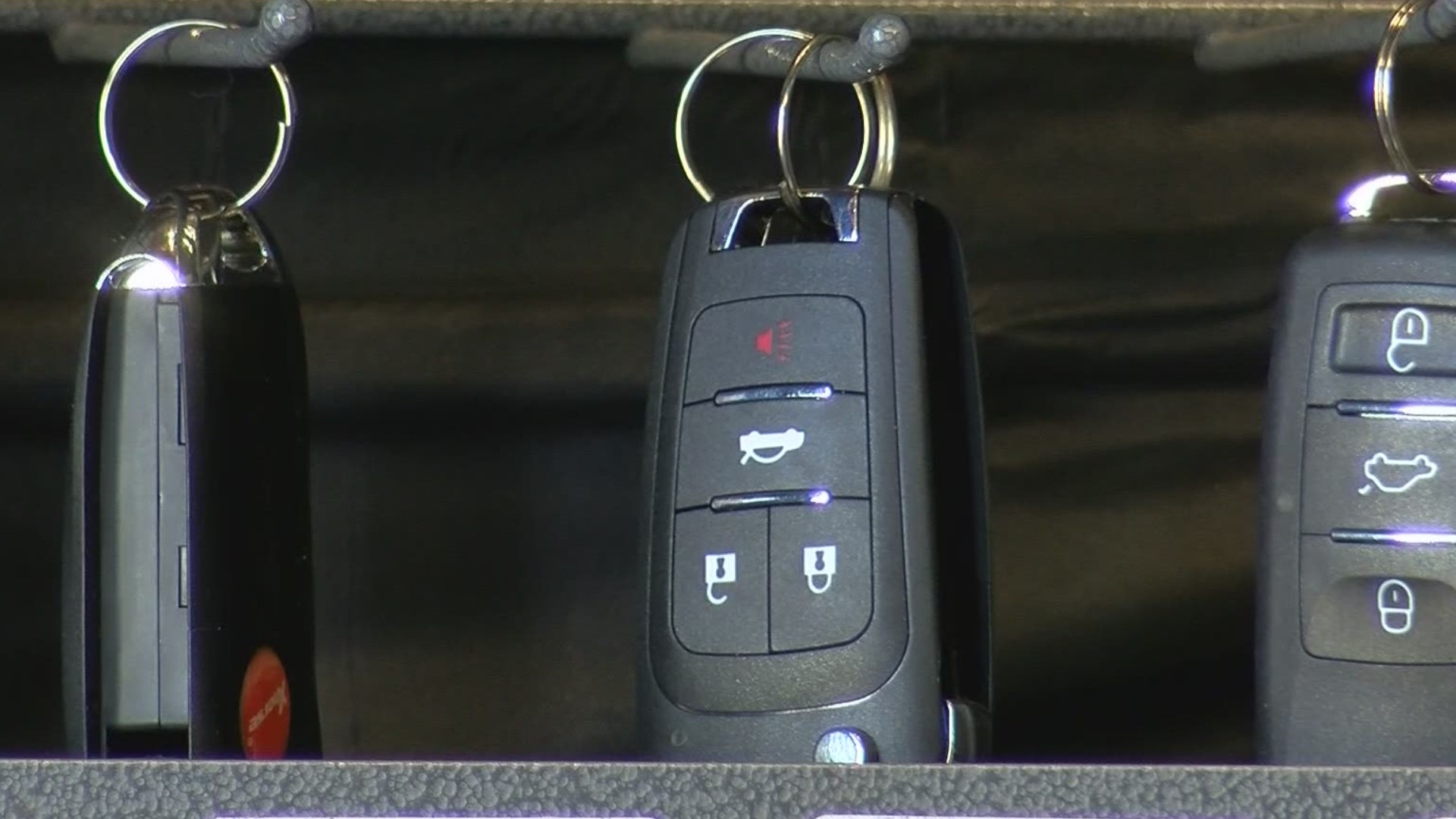 TOLEDO, Ohio — Michigan State Police is warning about car thieves breaking into people's vehicles and using sophisticated technology to drive off with them.

Don Acres is a locksmith in Toledo. When a customer is locked out of their car or has lost their keys, he uses a programmer device to program keys to start the vehicle up again.

We're not going to explain how the full process works because MSP says thieves are using a programmer, such as the one Acres' has, to steal the vehicles.

"It's all over the internet. eBay, Amazon. There's no regulation for selling this stuff and I'm surprised," Acres said, the owner of Pro Toledo Locksmith.

"How quick do you think they'd be able to 'hack' into a vehicle in order to steal it?" WTOL 11 reporter Carla Bayron asked Acres.

"Depends on the Chrysler, Dodge or Jeep vehicle. But a couple of minutes," Acres responded.

These thefts aren't just happening in Michigan. MSP said they're in Ohio and other states, too.

So what can people do to prevent the thefts? Acres has these suggestions.

A spokesperson for MSP confirmed the warning was included in an internal memo that wasn't supposed to be released to the public. He said the programming devices may be stolen from car dealerships, but had nothing further to add.

In Janaury, an employee at the Chrysler Assembly Complex in north Toledo reached out to WTOL after a thief stole his 2019 Dodge Charger right out of the parking lot. The employee said there was no broken glass around his car and he has both spare keys, so he believed the thieves somehow hacked his car's lock system.

A spokesperson with Stellantis (the company formerly known as Fiat Chrysler) sent us this statement:

"Stellantis takes the safety and security of its employees and their property very seriously. In addition to conducting an internal investigation on all reported incidents, we also cooperate with local law enforcement. Stellantis is continually assessing security measures at all of its facilities and will implement any changes necessary to ensure our people, property and assets are protected."