A thief crashed one of the new Dodge Durangos into a pole and fire hydrant on Stickney. 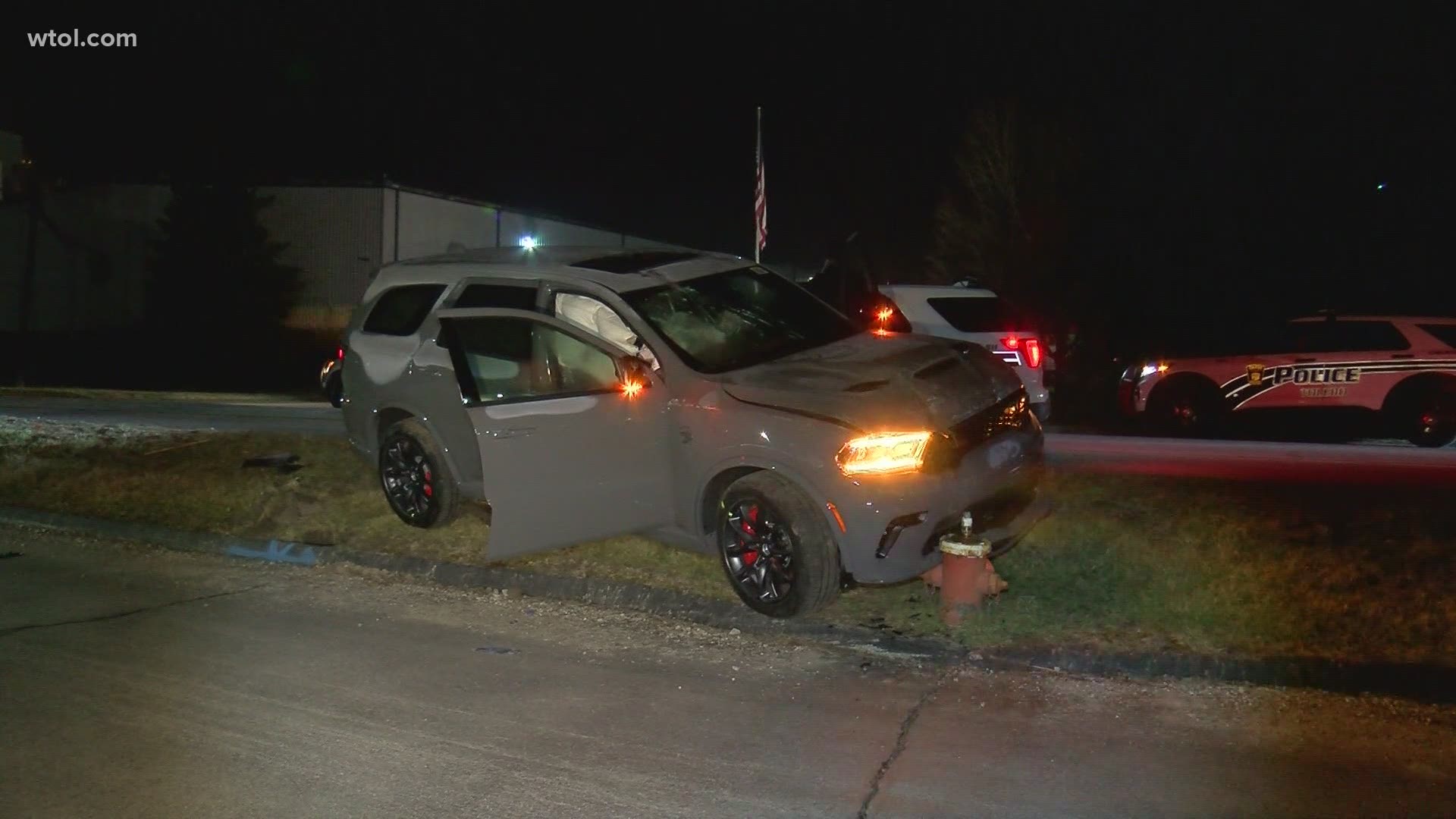 TOLEDO, Ohio — Two brand new vehicles were stolen from one of the storage yards of Chrysler overnight Tuesday and one of them ended up crashing on Stickney Avenue.

Police said the thieves took off with two new Dodge Durangos, driving through a fence to escape security. Then one of the suspects crashed into a pole and fire hydrant before leaving the scene.

One of the vehicles has not been recovered and police are still looking for the people responsible Toledo Edison crews were on scene to fix the pole. Traffic was not affected.