Second attack on child outside Whittier Elementary caught on camera

Another violent assault involving a 14-year-old victim was caught on camera outside the school nearly two weeks before the first. 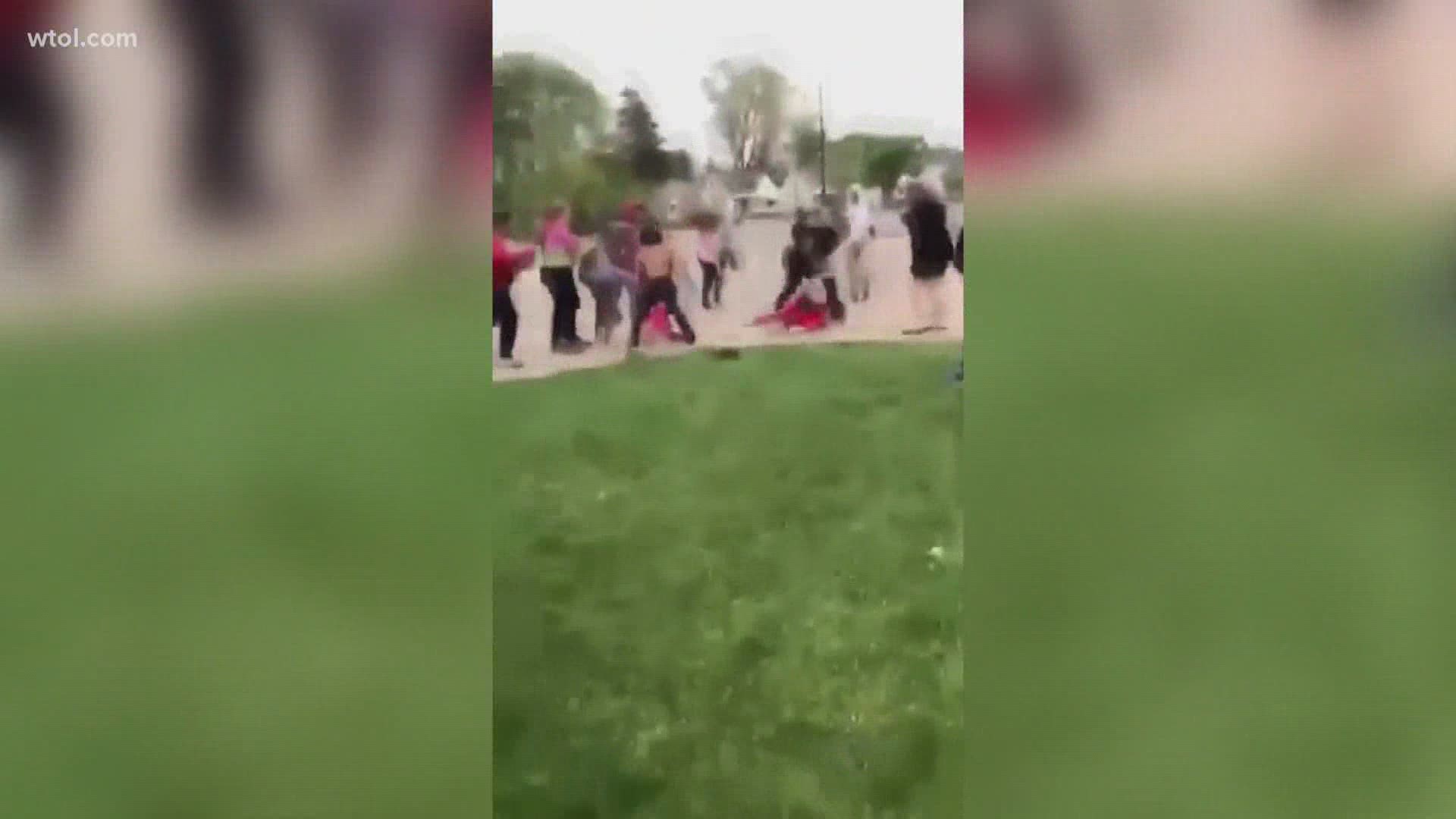 TOLEDO, Ohio — After it came to light a 14-year-old boy was beaten and left unconscious outside Whittier Elementary in west Toledo last week, another young boy was attacked nearly two weeks prior in the same spot.

The 11-year-old victim's mother believes some of the same young suspects were involved in both attacks.

The mother, who didn't want to be identified, said her 11-year-old son and his two older brothers went to the school to play at the park on May 4 during the late evening hours. The 11-year-old got into an argument with another child and a 1-on-1 fight ensued, which led to other children jumping in.

RELATED: Boy beaten unconscious is a volunteer with program to keep Toledo kids from turning to crime

The mother says her son's older brothers were trying to protect him.

"You can clearly see them stomping on his head in the video," the mother said in a phone interview. "I was heartbroken. It could've been way worse than it was."

The 11-year-old suffered scrapes and bruises, but his mom says he was born with a bubble of spinal fluid in his brain, so one wrong hit could've killed him.

Another violent assault was caught on camera outside the school nearly two weeks later.

Witnesses told police that they saw assailants choke a 14-year-old boy and throw him to the ground. The boy was kicked and punched and a bicycle was picked up and slammed into his head. The assailants then fled from the scene.

Police are still looking for the suspects and no arrests have been made.

Police did say there's no truth to the attack happening solely to be posted on social media.

The mother of the 11-year-old said she will be pressing charges this week.

"I hope that it never happens to them or somebody that they love because it's heartbreaking. Do something creative with your time or be constructive," she said.

We did receive this statement from Toledo Public Schools:

"The safety and security of our students remains a top priority for Toledo Public Schools. With summer break just days away, Toledo Police officers will be patrolling the neighborhoods near our schools in an effort to deter potential issues between neighborhood youth. During the school year, the district's Department of Public Safety provides this type of support to our schools and students."