Shawn Mahone Sr. believes his Dose of Reality program can decrease crime and violence among kids. A boy he says is a product of his program was assaulted Monday. 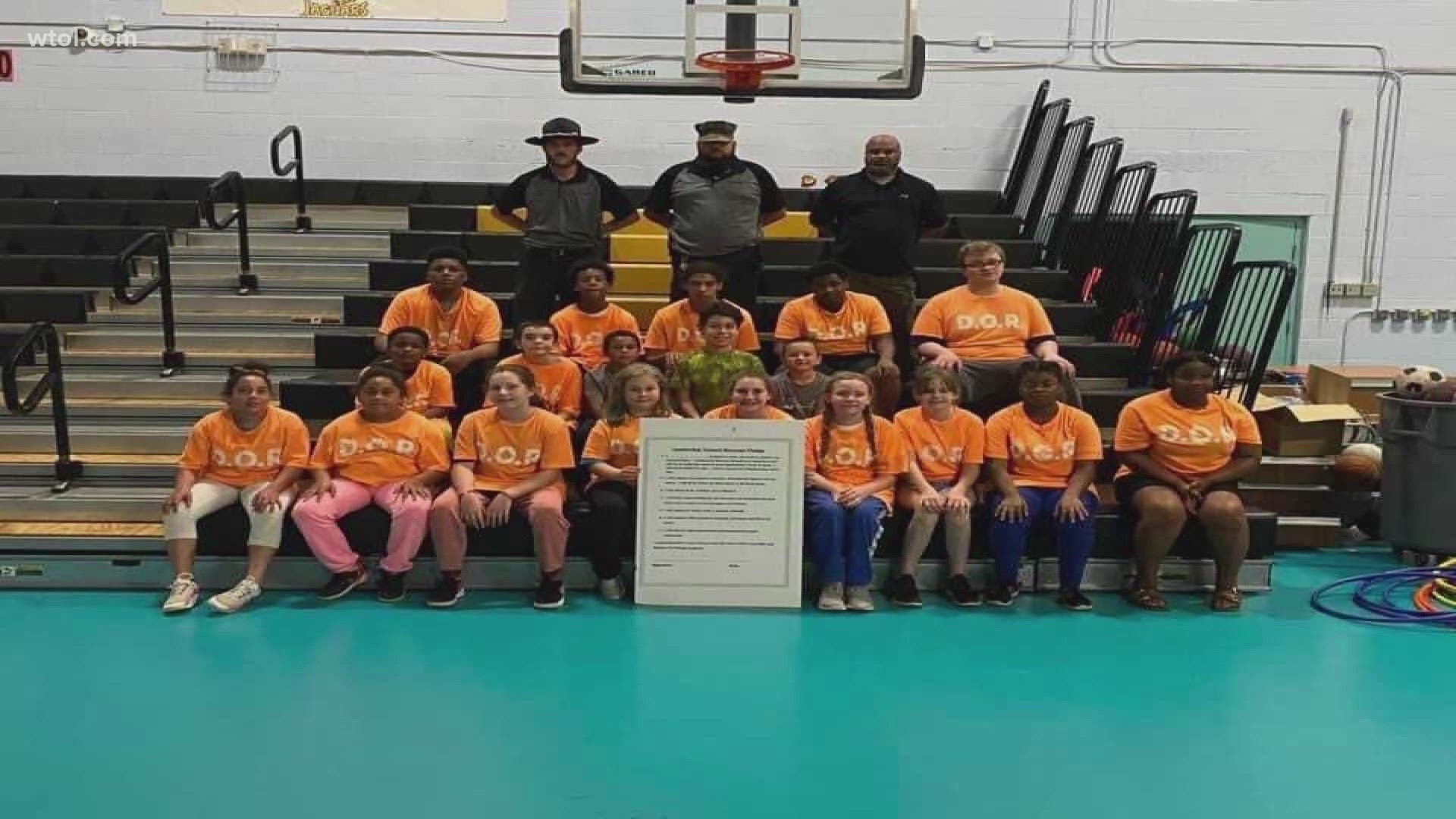 TOLEDO, Ohio — A 14-year-old boy from west Toledo who was assaulted and beaten unconscious by a group of young suspects is a volunteer for a local program that helps keep kids from going down the wrong path.

The boy will recover from his injuries from the violent assault.

Mahone is the founder and executive director of the behavior modification boot camp program called Young Men and Women for Change. He believes his program, which has been in Toledo for 15 years, can help decrease the crime and violence the city has been experiencing recently amongst its youth.

Dose of Reality, which is their signature program, involves youth spending a Friday night at Horizon Science Academy on W. Sylvania Avenue from 8 p.m. to 5 a.m. Saturday morning. Parents attend for the first hour. Mahone says he breaks the youth down by building them up and stripping them from everything that's negative and using positive reinforcement so they can become productive leaders.

Mahone says children and parents from all over the country participate in his program and more than 1,000 youth have graduated, meanwhile only 180 children have returned.

"It's a tough love program but we would rather show a child or children tough love out of love, rather than the street showing them tough love with no love."

Mahone says the young suspects who assaulted the boy at the school would benefit from his program and the young boy they targeted did not deserve to be assaulted.

"Having him help out at the program, being able to talk to other young men and women about making the right choices, so for that to happen to him was very unfair and very unfortunate," Mahone said. "But once again, nothing changes if nothing changes and now is the time for something to change."

Mahone said he's tried to involve the city and the Toledo Police Department in his program over the last several years but hasn't had any luck. He would like to expand the program to more local schools.

Perrysburg Township Police and the Lucas County Sheriff's Office have participated in the past.

No arrests have been made in the assault.

Attempt to Identify: On 5/17/21, the pictured suspects assaulted a juvenile victim until he became unconscious. This occurred in the 4200 block of Walker Ave. If you can identify any of these suspects, call Crime Stoppers at 419-255-1111. #toledopolice pic.twitter.com/8DlQwpFVUl