Watch the Walleye Drop from home, as the annual tradition goes online for the very first time. 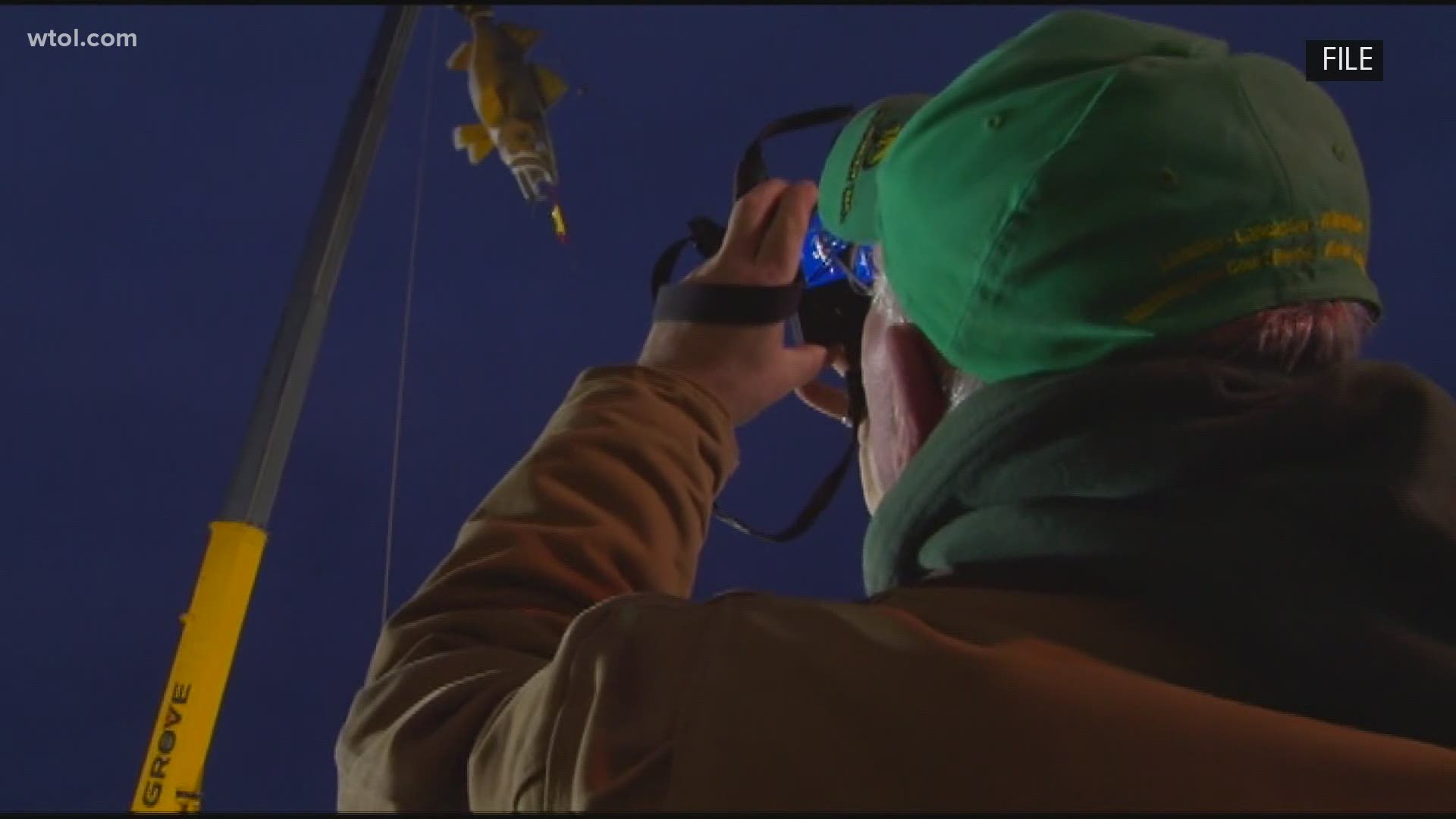 PORT CLINTON, Ohio — The Walleye Drop has become an annual New Year's outing that brings thousands of visitors to northwest Ohio, and despite the in-person event being canceled this year, you can still take part in the tradition.

Leaders with The Wylie Walleye Foundation made the decision to nix the in-person element back in September, but knew they wanted to do something special to mark the event's 24th year.

In true 2020 fashion, the foundation will be hosting the first-ever Virtual Walleye Drop streamed live on a newly created YouTube Page on New Year's Eve.

In years past, sponsorship and fundraising at the event had been donated to a few local organizations. But this year, all proceeds will go into repairing Wylie, who took a tumble in some windy weather, and to build a permanent cement mount to display Wylie year-round.

"Of course in 2020 it was real windy one day, and he broke four straps and fell on the ground, flopped around, got a few scrapes and bruises. So, we need to get Wylie fixed up this year," Wylie Walleye Foundation Treasurer Michele Laddo said.

In a normal year, the event draws in thousands of tourists to Port Clinton. And although folks won't be getting together this time around, there will still be plenty to do virtually. Anyone can still enter the Walleye Madness at midnight drawing with tons of prizes, or purchase a "Goodbye 2020" t-shirt.

Credit: WTOL 11
Merchandise and raffle tickets can be purchased on the Wylie Walleye Foundation website

This year's work-around has also created a potential new tradition. Currently, the plan is to continue live-streaming the event in the future.

"We're super excited and this is something that we're just going to build on for many years to come. And people who have never gone out to the event, now they are going to be able to enjoy it in their own homes," Wylie Walleye Foundation Vice Chair Kristina Wiloughby said.

If midnight is past your bedtime, the Walleye Drop will also be hosting an online Noon-Year's Eve event for kids.