Love letters from the 1920s connecting museum visitors with the past

The letters from Earl "Bill" Kennedy to his future wife display not only a love story, but a peek into our region's history. 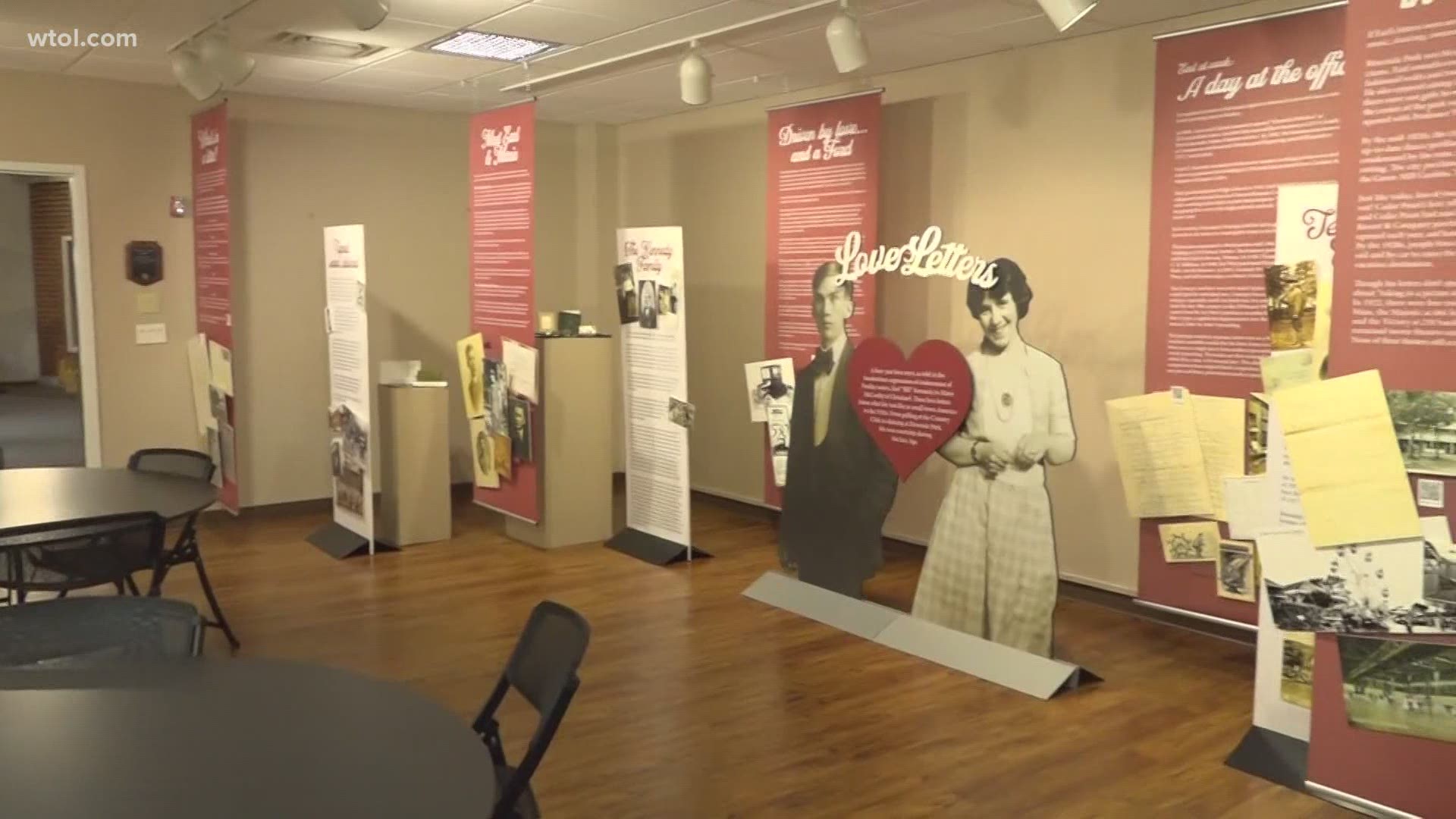 FINDLAY, Ohio — A new historical exhibit will help you GO back and experience what life was like in northwest Ohio in the Roaring '20s.

"My dear Marie, Your lovely box of candy arrived today and every piece I have tasted, I have found excellent, both stuffing and outside," reads a portion of just one of Earl Kennedy's letters.

From 1920 to 1924, Findlay man Earl Kennedy wrote dozens of letters to his then-girlfriend Marie McCarthy, who lived in Cleveland.

Kennedy owned the still-open Kennedy Printing Company in Findlay, and served as a lieutenant in the U.S. Army during World War I.

His letters were recently discovered when a friend of the family was cleaning her attic during COVID-19 lockdown.

They are now on display at the Hancock Historical Museum in a new exhibit called Love Letters.

"An amazing love story. The letters are so interesting because not only is it a love story, it's also the story of Findlay," said Joy Bennett, curator and archivist for the Hancock Historical Museum.

From Earl's nearly-religious devotion to golf, to dancing at Riverside Park and visits to Cedar Point, the letters act as a window into daily life in the region during the Roaring '20s.

If you can't make the trip to Findlay, the entire exhibit is also posted on the museum's website.

The museum worked with a local voice over artist to read each letter online.

The hope is the exhibit allows museum visitors to not only see how different life was in northwest Ohio 100 years ago, but also connect people with how similar it still is our modern times.

"Life hasn't really changed that much. It's gotten a little faster, and we've gotten a little more information at our fingertips, but it's essentially just the same," said Bennett.

Currently, the goal is to continue showcasing this Love Letters exhibit for at least another six months.