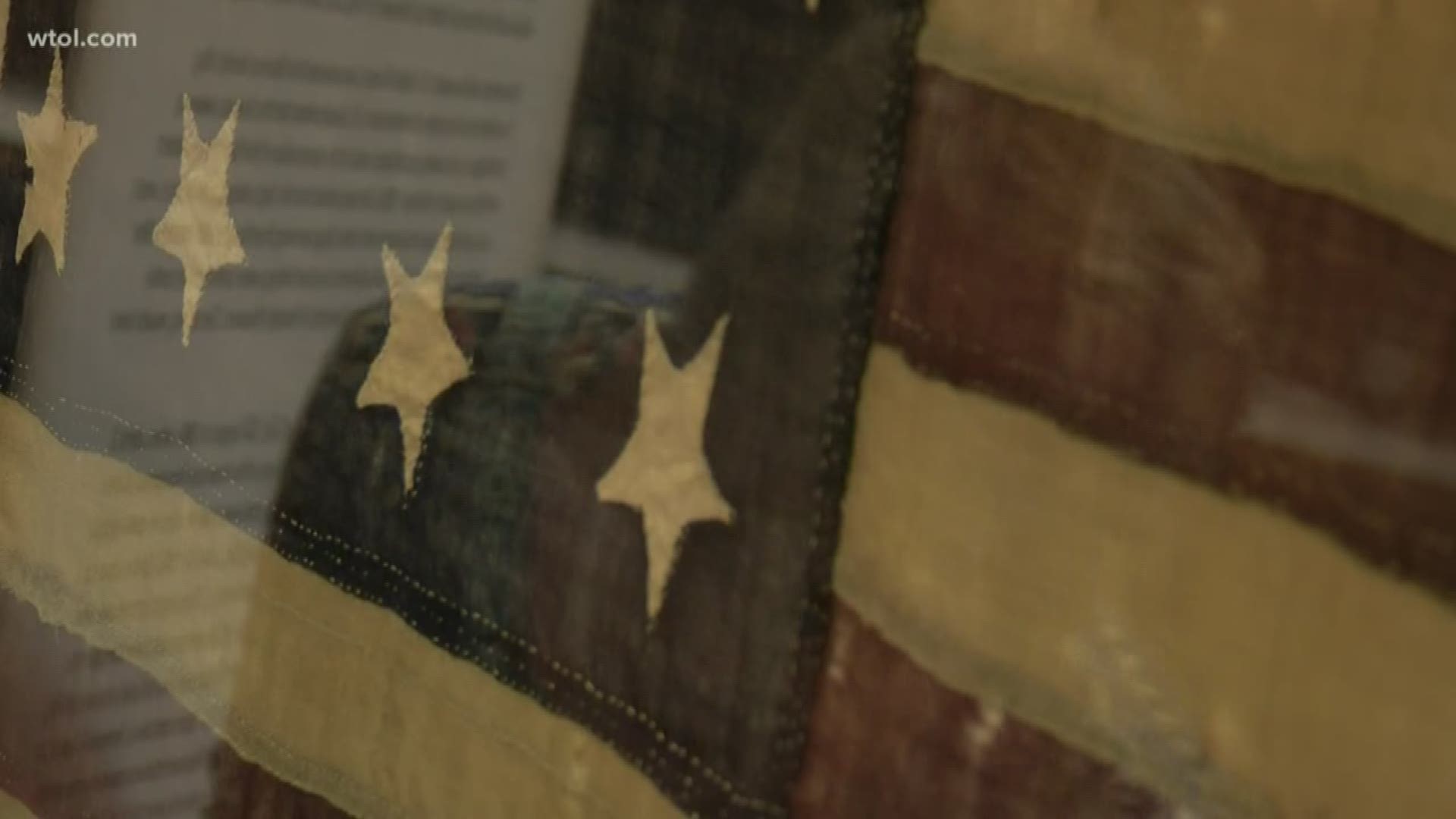 FINDLAY, Ohio — It was a special Flag Day in Flag City as an extremely rare American flag is on display.

Friday in Findlay, Ohio, a rare 13-star American flag, one of only five that remain intact from the Revolutionary War era, was unveiled to the public at the Hancock Historical Museum.

The owner of the flag, Jim Mooney, says he travels through Findlay often, and has always thought that the city known as Flag City would appreciate the historical artifact.

So last month, he contacted the Mayor's Office, and Mayor Christina Muryn knew it was a no-brainer to bring in the historic flag to Flag City.

"You know, so often when folks have a slogan or a designation for a community, after they say it for a while it just becomes something people say. And so, I think having this on display just kind of rejuvenates that patriotism," said Muryn.

Mooney's family purchased a Boston home in 1902, and the flag was found inside.

Mooney had the flag analyzed by textile and dye experts, whose findings were affirmed by Harvard University, confirming the flag was from the Revolutionary War period.

Mooney hopes showing people the old flag can help connect people to the time when the founding beliefs of the United States were new ideas.

Mooney says the people who made this flag were true patriots, who knew if they were found with the flag in their possession meant treason.

"And the person who made this flag would have been one of those people. If the British would have found out about this hideous contraband, as they would have considered it; they probably would have had severe penalties imposed on them. I don't know if it would have been death, but it wouldn't have been pretty," said Mooney.

The 13-star flag will be on display at the Hancock Historical Museum through July 5th.