Go 419 Spirits: Divine drinks that are named after Patron Saints 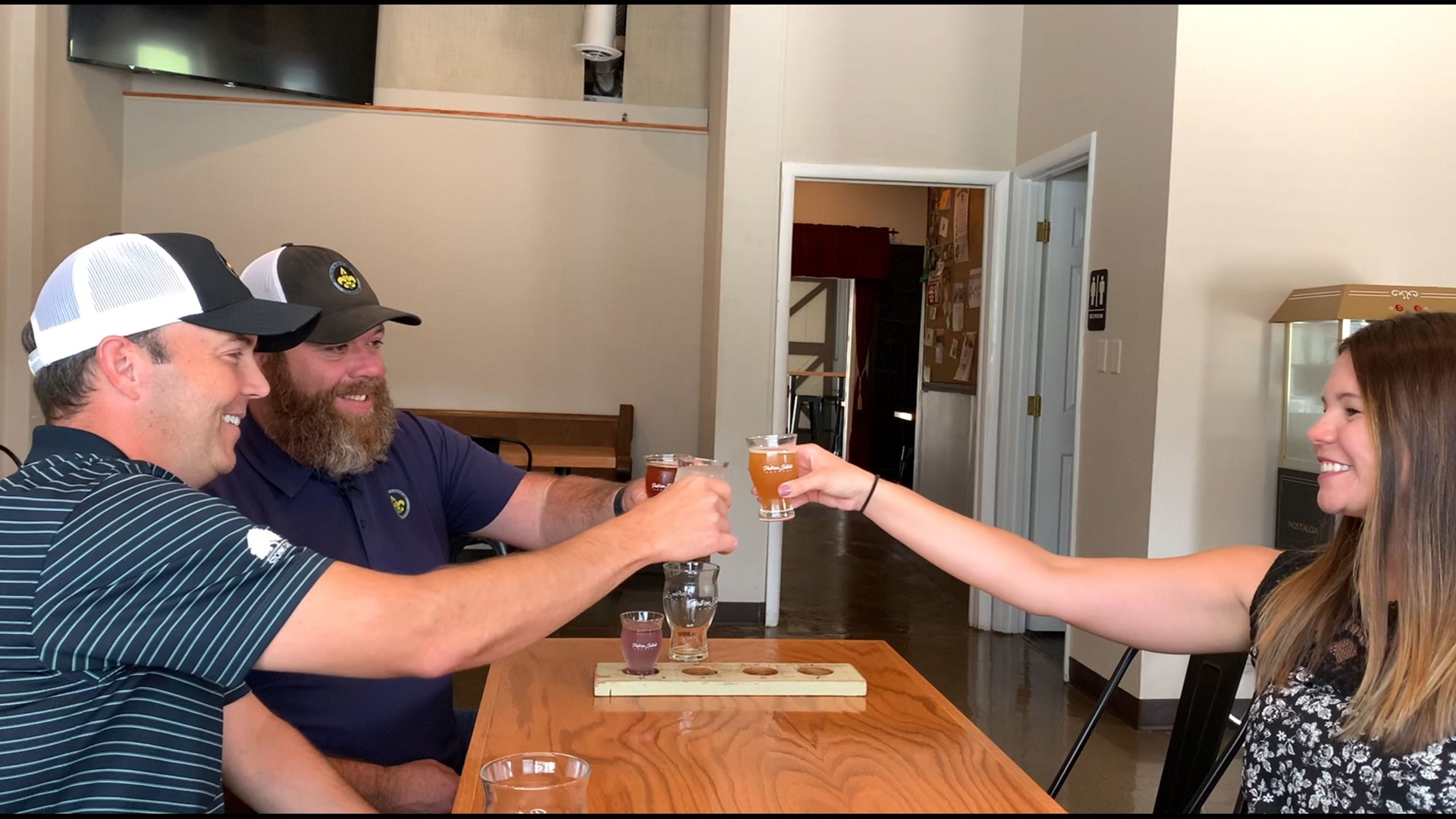 TOLEDO, Ohio — Imagine a beer so divine it’s named after a patron saint. The owners Aaron Grizaniuk and Eric Pfohl of Patron Saints Brewery share their inspiration behind their brewery and their popular New England styled, otherwise known as Hazy, IPA.

The science and creativity of the brewing process is enjoyed through the finished product but there is so much more to a cold craft beer than meets the eye. One of the brew-masters, Aaron walks through the ingredients and process of the brewery’s New England-styled IPA Friar Toft.

“The biggest differentiator between a New England styled IPA and a regular IPA is it uses two-three times the normal amount of hops that you would use in a (traditional) IPA but they are added very late in the process,” Aaron said.

He continued to share the hops being added so late in the process impacting the aromas of the craft beer. When asked if this change makes the New England styled IPA more suitable for first-timers and non-IPA lovers Aaron concurred that “Hazy IPAs are a great way for people to delve into the different hops that are out there without getting an overabundance of bitterness on the palette.”

Patron Saints creates more than IPA beers. In addition to their variety of craft beers, they also have a hard seltzer line and produce homemade root beer. While the brewery usually keeps their more popular beers available, the taps change in coordination of the season.

Located in west Toledo near the University/Parks Trail, visitors can access the back patio of the brewery by walking or riding through a dirt path off the bike trail. Although there is a Patron Saints sign to mark where riders need to venture off, the owners hope to create a more visible path to their location.

Parking is also available off Bancroft. Their address is 4730 W. Bancroft St.

The brewery does not have a kitchen but they do host local food trucks throughout the week. Visitors can eat meals from the food trucks in the taproom and patio.

It’s evident that spirituality influenced the theming of their brewery. They even have a portion of their taproom designed to look like the front doors of a Catholic Church confessional. Regardless of your faith, the dedication and continuation of the theming is unique.

When asked why they started Patron Saints, Eric answered, “We were actually looking for a place to go drink beer. And we were thinking, ‘There is nowhere on the west side of Toledo where you can go get a craft beer,’ and that’s what led us to think, ‘Well everyone likes our beer, maybe we should give it a shot.’”

What started out as a hunt for a place to celebrate their own creation became what we know now as Patron Saints Brewery. Naming each of their spirits after a Paton Saint has led to divine drinking. You could say they are "Living on a Prayer."