Kimberly Thompson has sold her baked goods through online orders since 2011, and recently moved into a brick and mortar location in Rossford. 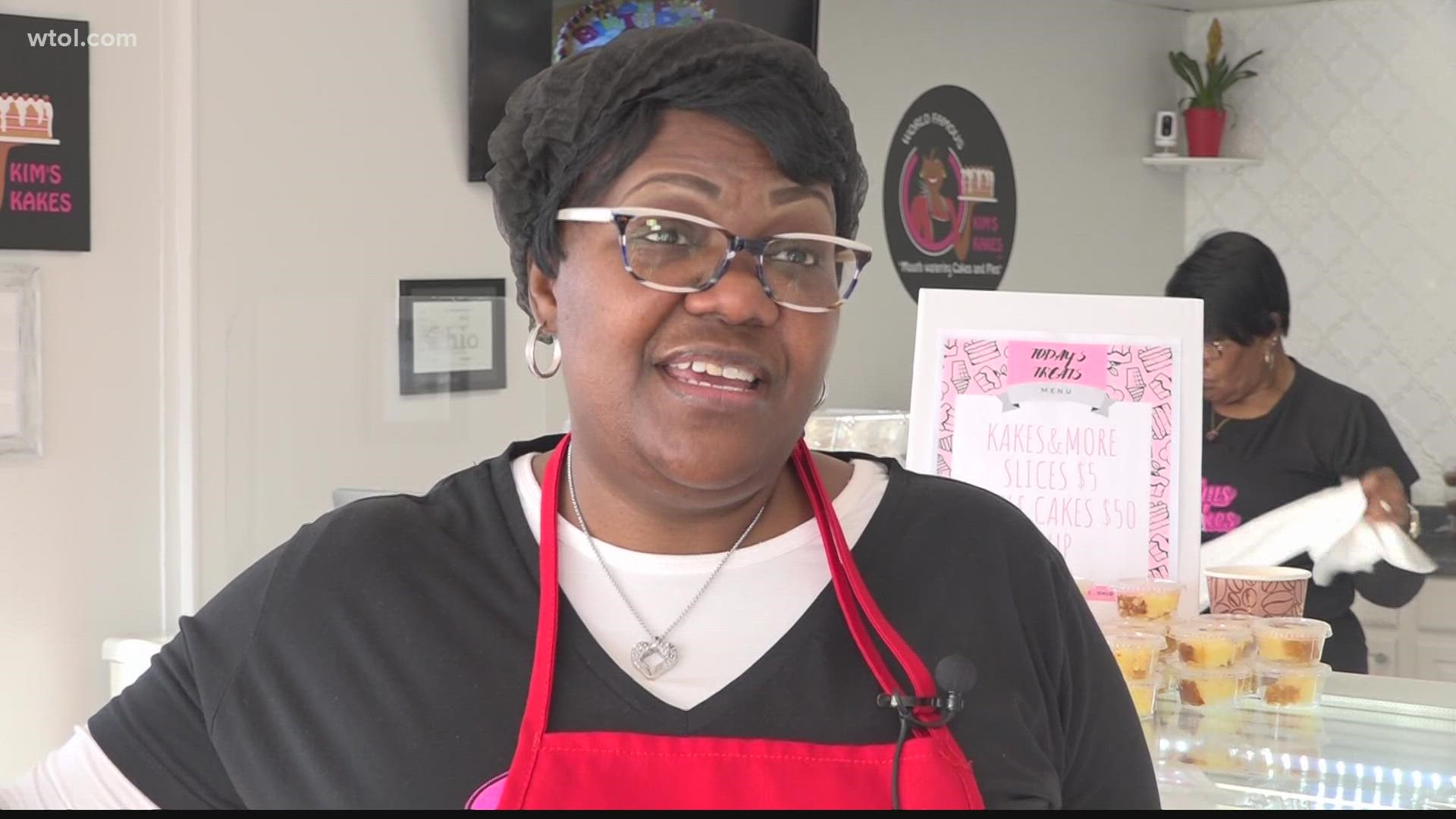 ROSSFORD, Ohio — A Toledo woman who made a name for herself with her baking skills has set up her own baking shop, Kim's Kakes, in Rossford.

Kimberly Thompson says she has always loved baking, and decided to bake full-time in 2010.

Over the years, her business slowly grew from orders on social media, and by taking her baked goods to local beauty and barbershops.

"Everything shifted because I started selling slices, as opposed to just taking whole cake orders. I started doing slices, and from there it just went to another level," Thompson said.

Then, earlier this year, while driving to the Rossford marina to celebrate her birthday, Thompson was inspired by a newly vacant storefront.

"As we were approaching that light, I saw this place and once we came over and looked in, I'm like, 'Oh wow! This is nice, it's set up,' and it went from there. I feel like it was just God-ordained, I feel like I'm just supposed to be here," she said.

Now, after being open for about two months, she is quickly becoming a staple in the community; selling cakes, pies, cupcakes and cookies, while also fulfilling preorders for weddings, birthdays and corporate events.

Credit: Jon Monk
Kim says her business really took off when she began offering cake by the slice.

"Everything is made with love. You can taste it," shop regular Debbie Sutter said.

Since moving into her brick-and-mortar store, Thompson says she's busier than ever —  not just fulfilling her orders, but making sure that her shelves are stocked.

For first-time visitors, she recommends trying the espresso cupcakes.

Thompson says the end of the year is always the busiest while fulfilling preorders for Thanksgiving and eventually the holidays.

Though she is already booked up for Thanksgiving, she will still have some last-minute options available for any procrastinators.

"Typically what I like to do is have some grab-and-go items: sweet potato pies, pumpkin pies, pecan pies, various cakes. We'll have plenty of cupcakes, things like that set up for those who didn't get that order in," Thompson said. 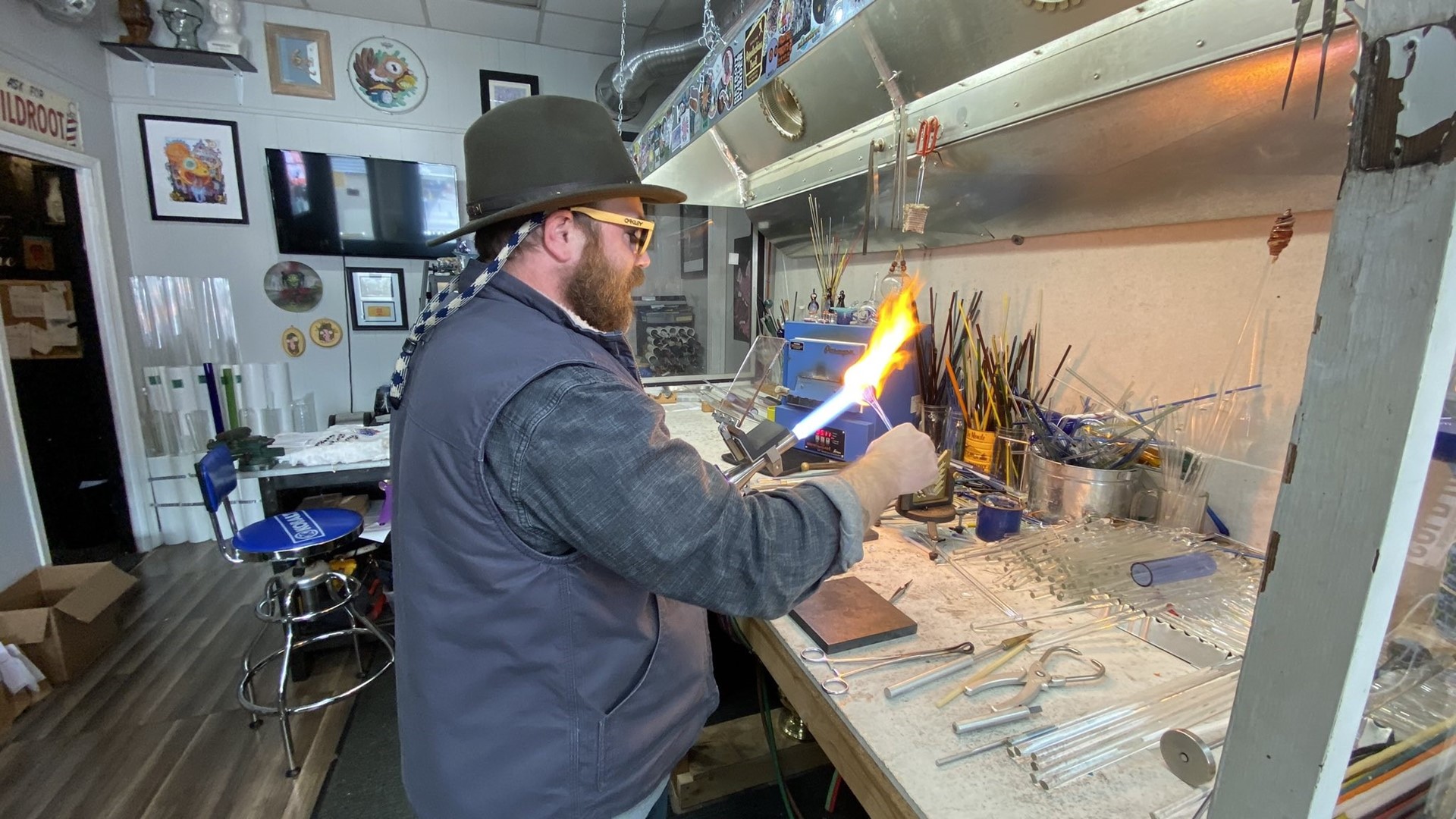